Big game from @peyton_stovall of @HHS_Baseball18 this afternoon going 4-4 with 2 HRs! Peyton is one of the best hitters in the country and the @BaseballFactory All-American is proving it early going 8-12 with 4 HRs in his first week of regular season games. #MLBDraft

With the 2019 Arizona Fall League season half way in the books and the league’s “Fall-Star Game” on the horizon this weekend, let’s take a look at some notable Baseball Factory alums who performed well this past week. 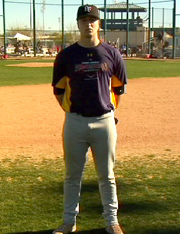 Alec Bohm (Philadelphia Phillies) – Bohm, the Phillies No.1 prospect and former Baseball Factory National Tryout attendee, launched his first AFL homer on Wednesday night, October 9th, in Scottsdale’s 3-1 loss to Peoria. Bohm, who hit a combined .305 with 21 homers and 80 RBI between three levels this season, is now hitting .378 through 11 AFL games. It was announced this week that Bohm has made the AFL All-Star Game for the East squad on October 12th.

Joey Bart (San Francisco Giants) – In 10 games so far, the catching prospect continues to show why he was the second overall selection in 2018 by the Giants. His .767 slugging % and .524 OBP are tops among players who have played at least 10 games in the AFL and he’s hit four homers, good for second most in the circuit. Bart was named an AFL All-Star for the East squad and was a 2014 Under Armour Pre-Season All-American. 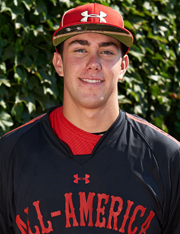 Kyle Isbel (Kansas City Royals) – Isbel was the Royals third round pick in the 2018 draft and is playing very well for Surprise this Fall. He hit his first AFL homer in the team’s 12-10 victory over Mesa on October 9th, knocking in three runs, bringing his total to 11. He also scored two runs and drew a walk. His .459 OBP is third-best among players who have played at least 10 games. His 10 walks are also tied for second-most. Isbel was named an AFL All-Star for the West squad and performed in a Baseball Factory National Tryout in 2010.

Erich Uelmen (Chicago Cubs) – Uelmen is a former fourth round selection of the Cubs in 2017 out of Cal Poly and participated in the 2013 Under Armour Southwestern Championships. He has a tidy 1.13 ERA in four games, over eight innings, and has allowed just one earned run while striking out seven.

David Peterson (New York Mets) – Peterson keeps his ERA at 0.00 after three starts. He did allow a pair of unearned runs in his start on October 5th, but otherwise was strong, allowing five hits, with one walk and a pair of strikeouts. Peterson attended numerous Baseball Factory events as an amateur, first at a Baseball Factory College PREP event in Lakewood, CO, then the Arizona Junior Fall Classic, both in 2011, to the 2012 Under Armour All-America Pre-Season Tournament in 2012 and the Under Armour All-America Game in 2013.

Alex Valverde (Tampa Bay Rays) – Valverde has strung together six consecutive scoreless appearances this Fall for the Salt River Rafters. In his last appearance, he pitched two scoreless frames, giving up a hit and striking out two. He’s also recorded a save. In 2013, Valverde attended the Under Armour Southeast Championships and the Under Armour Fall Classic.