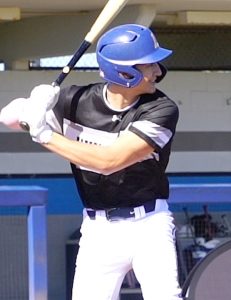 There were lots of outstanding performances! In Arizona 2022 grad and Tulane commit Andrew Glass turned heads all weekend with a 3-5, 2 walk performance at the plate that included a double and triple to go along with an impressive workout that saw the catching prospect throw a 1.88 to 2B. Fellow ’22 class member Zane Petty, a McClennan commit, was dominant on the mound – striking out 5 of the 8 hitters he faced and running his fastball up to 93 mph. On the east coast, Nathan Hall stole the show! The senior is headed to Clemson next year and showed a mix of tools and the ability to use them in games that will make him an impact player for the Tigers. His right-handed stroke is easy and does damage, with a loud BP and a 3-4 performance in games with triple and 2 walks. He also ran a 6.67 and should garner lots of draft attention this spring. 2022s Landon Moran (Florida commit) and Chryan Humphries (Eastern Michigan and 97 mph exit velocity) both showed some big LH power in batting practice, while RHP Robert Lastra only allowed 1 hit while punching out 9 and flashing an outstanding curveball. 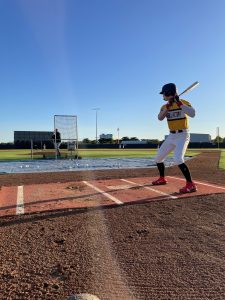 The 2023 class was a fun group to watch at both locations with LSU commit Ashton Larson showing his loud LH bat, Darnell Parker, Jr (Washington State) flashing the outstanding leather at SS and continuing to show improved strength, Carlos Richard (Ohio State) running an easy 6.5 in the 60 and cruising around the bases when he tripled in the game. Cashel Dugger was the most advanced receiver we saw – the LHH catcher has an extremely bright future, as do fellow 2023 grads Jacob Parker (loud barrels all weekend), Jacob Nelson (6.59 runner), Logan Hughes (Stetson commit with LH power), and 2-way standouts Anthony Marino (3-4 at the plate and up to 89 mph on the mound) and Grant Kline (7 Ks in his outing and 94 mph exit velocity) and Bryce Dean (4 quality pitches and upper 80s velocity). 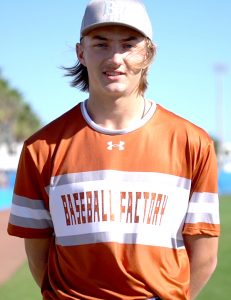 Other eye-opening performances came from TCU commit Holden Harris and Cal-Irvine commit Justin Santiago. Both are RHPs in the 2023 class, and Holden struck out 7 with a quality 3-pitch mix, while Santiago showed some of the best control at either location as well as one of the best breaking balls. His loose arm stroke led to easy upper 80s velocity. 2022 OF/LHP Jayden Martin is a prospect to keep an eye on as well. He’s an imposing figure both in the box and on the mound at 6’5”/215 and his LH stroke produced 2 doubles, going 3-3 and showing the plate discipline to take 4 walks. He also mixed his pitches well coming from a difficult arm slot. 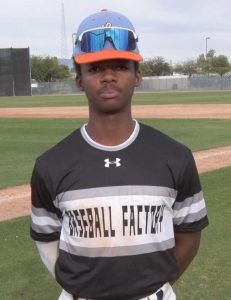 As always, there were quite a few sophomores who possess an exciting combination of tools, current ability and projection that warrant close following over the next few years. Reggie Sharpe is already committed to the University of Michigan, and it is easy to see why. He has smooth IF actions, a clean line drive stroke from both sides of the plate and plays with great energy. OF Gunner Geile is another ’24 already committed. He is headed to Arizona in a few years and showed a high-level hit tool from the left side and good overall athleticism. Outfielders Donald Morgan (switch-hitter with huge upside) and Jordan Bradley (6.62 runner with 94 mph exit velocity) are two more high follows in the 2024 class. Another athletic and ultra-projectable prospect from that class is SS Peryn Bland. The game seems to come easy to this young infielder with smooth, natural actions. Fellow ’24 SS prospect Jon Young is another to watch closely. He finds the barrel consistently from the left side and can impact the baseball while showing the skills to be able to stay at short. 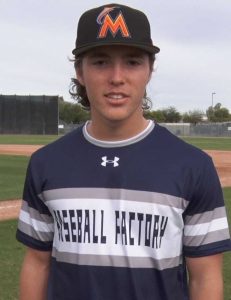 Finally, a couple 2024 2-way prospects showed well both ways with especially noteworthy outings on the mound. Tanner Schaedel and Will Sanford both lived in the mid-80s and showed advanced feel for the secondary stuff.

In years past, we’ve seen players like Bo Bichette, Eric Hosmer, David Wright, Bobby Witt, Jr. and others at these same events. 2022 produced another talent-rich group of young prospects with the ability to be impact players at all levels. We can’t wait to see them perform again!