The Rays win and cap off a great week here for our Middle School Session 2 group here at Pirate City pic.twitter.com/qEszS4Owzq 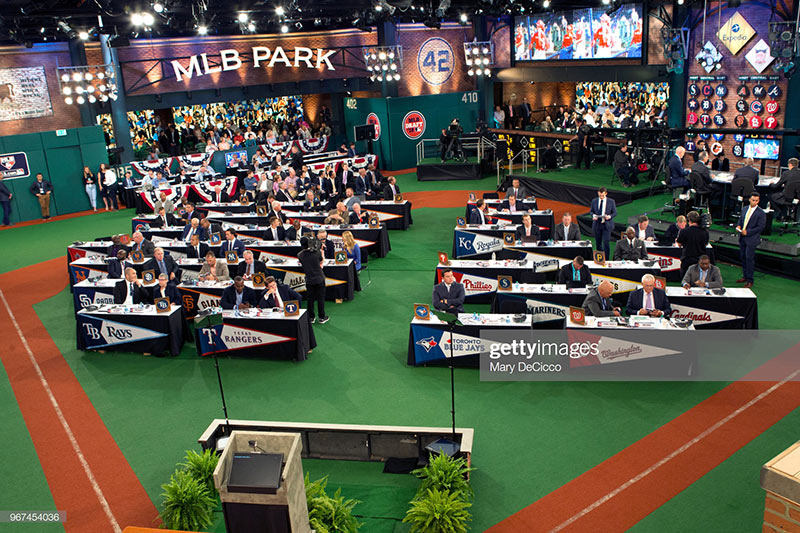 For the ninth consecutive year, Baseball Factory is proud to announce that three of the first five picks in the MLB Draft are Factory-established, with 37 of the first 78 selections being Factory alumni who attended at least one event during their time in middle school and high school, including 15 former Under Armour All-Americans.

Major League Baseball’s first night of the Draft usually makes for interesting storylines, and this year was no different, highlighted by a record nine shortstops being selected among the first 30 picks, established collegiate hitters and projectable high school arms going over collegiate arms; the unpredictable and crazy first day of the MLB Draft is in the books.

After the most complete player in the draft, went No. 1 overall to the Baltimore Orioles in Oregon State catcher, Adley Rutschman, the board looked primed to fall much in the way many prognosticators have mocked up for months. The overall top amateur player, Bobby Witt Jr., a two-time Under Armour All-American selection, and Under Armour Pre-Season All-American in 2018, went No. 2 overall to the Kansas City Royals. With his father Bobby Witt having been selected No. 3 overall by the Texas Rangers in the 1985 Draft, the younger Witt’s selection brought unique distinction and made history as their combined pick number of five is now the lowest combined total for a father-son duo to be selected within the MLB Draft, eclipsing Tom and Ben Grieve (combined number of eight).

Vanderbilt outfielder JJ Bleday’s selection at four gives the Miami Marlins the nation’s leader in home runs (26) at the NCAA Division I level. Bleday blistered the baseball all season long for the Commodores, slashing .354/.468/.747, along with 68 RBI and 52 walks. Bleday was a two-time Under Armour Pre-Season All-American (2013 & ’14) and also participated in the Baseball Factory National World Series at Pirate City and a Baseball Factory College PREP event in 2012.

One of the best young left-handed hitters in the country from an amateur stand point, went No. 5 overall to the Detroit Tigers. Riley Greene, an Under Armour All-American in 2018 and who homered in the game at Wrigley Field, showed a great track record of hitting throughout his time in Factory events and gives the Tigers a player who with his approach and swing ability, should hit for average, and more importantly for power in their system. The Tigers selection of Greene was their first high school pick within the top five since Tony Clark in 1990.

Dynamic infielder CJ Abrams went next at 6 to the San Diego Padres, as they continue to infuse their minor league system with undeniable talent and ability. The 2018 Under Armour All-American is currently a shortstop, and a good one at that, but could also show future projection in the outfield, due to his blazing speed and tracking ability.

Monday’s draft marks the first time in history that a pitcher was not selected within the first six picks, as just 10 pitchers were selected in the first round overall, with only three being high schoolers.

One of the more exciting selections on the night was Nasim Nunez (46th overall) to the Miami Marlins. Baseball Factory coaches have long raved about what Nunez can do on the field, and at each Factory event he attended, beginning with a National Tryout in October of 2015, through Baseball Factory’s Christmas Camp & Tournament event at Pirate City, and lastly, Baseball Factory’s National South Showcase in June of 2018, he continued to progress his skill set further. At that event, he ran a 6.34 in the 60, recorded raw arm strength of 100 mph and showed quick feet and outstanding hands at the plate.

Other notable Factory athletes to round out the second round included:

The second day of the 2019 MLB Draft begins today at 1 PM ET on MLB.com. To follow all Baseball Factory alumni selected in real time, bookmark our Alumni Draft Tracker page.

20 of the 37 Baseball Factory alumni selected on the first night of the 2019 MLB Draft, first attended an Under Armour Baseball Factory National Evaluation event. The time is now for you to start on your journey to greatness. Visit our Events page to learn more and to find an event near you.