On Sunday, March 29 we had another home game — sort of. The Under Armour National Tryout Tour rolled through Northern Virginia, with a stop at Broad Run High School in Ashburn. Located about 35 miles Northwest of Washington, DC, Ashburn is situated near the Maryland-Virginia state line — and approximately 50 miles from our Columbia, MD headquarters.

Almost all of the players at this event were from Virginia, while our March 22 event in Bowie, MD drew almost exclusively Maryland players. That may seem obvious, until you consider that Ashburn and Bowie are only about 50 miles apart — with Washington, DC roughly in the middle. 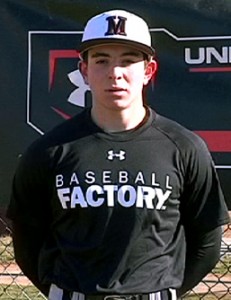 2017 3B/RHP Patrick Gulyas (Yorktown HS – Arlington, VA) posted 7.16, and was followed closely by 2018 OF Cameron Hill – who is from the Atlanta area, but attends Woodberry Forest School in Virginia.

Hill is an exciting young player, and offers evidence of all five tools as just a freshman in high school. He stands at 6-foot and 155 pounds, bats and throws right-handed, and does things with natural rhythm and ease. It would be nitpicking to try and extract a specific weakness, while his main strength at this point appears to his well-roundedness. 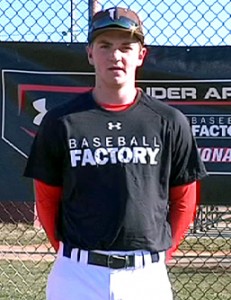 2018 OF/SS Tomas Sanchez (Dinwiddie HS – Dewitt, VA) is another young player that can do a lot of things well. Listed at 6-foot-1 and 191 pounds, Sanchez is physically mature for his age. He posted a respectable 7.21 in the 60 yard dash, and touched 79 mph at the raw velocity station. He is a versatile defender, appearing a little more advanced in the infield dirt than he did in the outfield grass. A right-handed hitter, he showed some pop to the pull side but has some work to do to gain more control of his body and actions to hit.

2017 OF Adam Fleck (Woodberry Forest School – Lemont, IL) turned in the top raw velocity of the day, at 84 mph. 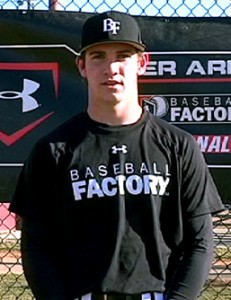 2016 C/OF Kevin Hoffmeister (McDonogh School – Ellicott City, MD) posted pop times between 2.09 and 2.18, down a little from the previous low of 2.10 we’d seen from him previously.

The times we’d seen 2016 Cody Harrell (Colonial Forge HS – Stafford, VA) previously, he was a switch-hitting 3B/RHP. This time out, he only hit right-handed and he got back behind the plate — where he posted pop times as low as 2.16.