A few spots are still available for our @BaseballFactory event this Sunday in Louisville, KY! (register at baseballfactory.com) In 2011 we saw Dodgers C Will Smith at our Tryout in Louisville - can't wait to see Sunday's talent, and watch Will tonight in Game 6 of the WS! pic.twitter.com/LDzdVrv4j9

Baseball America recently released their Top 10 Prospects list on each team’s highly-rated players and many Baseball Factory alumni find themselves as top prospects heading into the 2015 season.

Each Thursday, we’ll take a look at where our alumni stand according to Baseball America’s rankings, looking back at how they got their Baseball Factory experience started and what they’ve done so far during their professional careers.

Rankings are prioritized by Baseball America and numbered 1 through 10 for each team. This week, we take a look at the Top Prospects from Baseball Factory’s alumni in the National League Central. 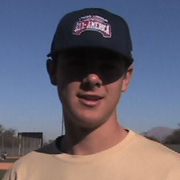 The Skinny: Bryant is the Cubs’ highly-touted prospect and perhaps the best minor league player in all of baseball. He’s gotten better each of the last two seasons, leading the minor leagues with 43 home runs and a .661 slugging percentage with a .438 on-base percentage between Double-A Tennessee and Triple-A Iowa in 2014.

It’s only a matter of time before Bryant is called up to the big leagues to potentially man the hot corner and be the Cubs middle-of-the-order hitter to go along with another former Baseball Factory alumni, Anthony Rizzo. The only question left to answer is where he’ll play defensively when he is called up. 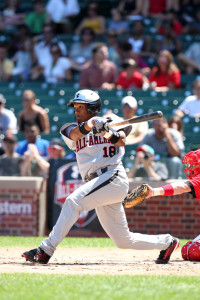 The Skinny: This slick-fielding shortstop came to the Cubs in the Jeff Samardzija deal last August and suddenly the Cubs have the two best prospects in all of baseball.

He hit .294 with Tennessee with 11 doubles and 12 homers in just 50 games, showing that he has the projected power and plus hitting ability overall. Defensively, he has the arm and the glove to stick at short, despite the team having Starlin Castro currently as its shortstop.

Russell, the former Under Armour All-American, will start the season in Iowa but the future is coming very quickly for this exciting prospect in the ‘Windy City’. 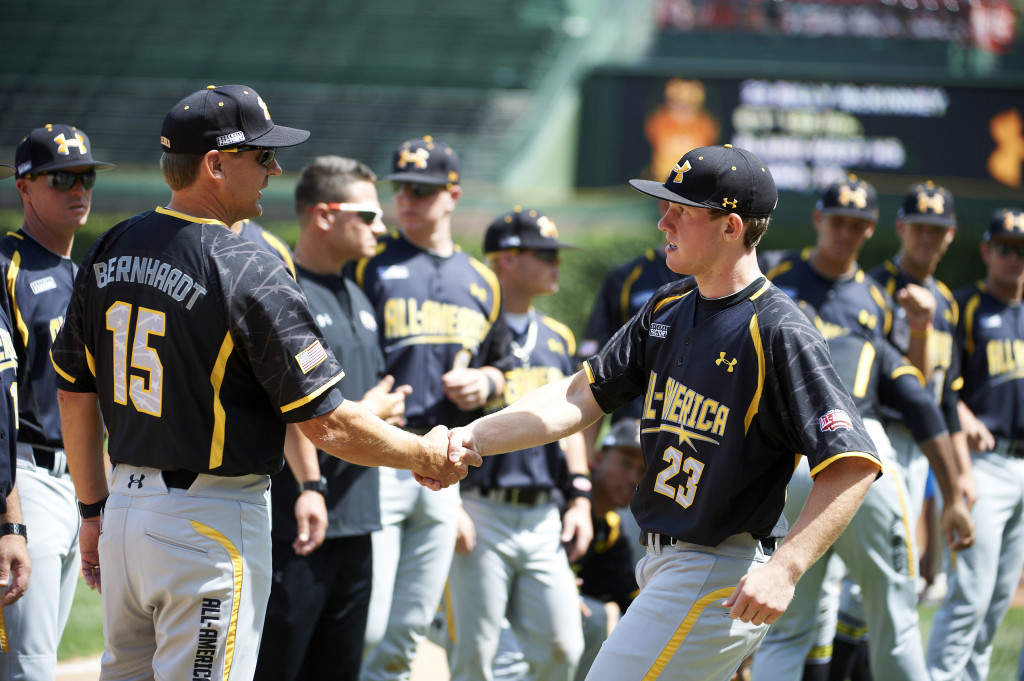 The Skinny: Yet another piece to the incredible haul received in the Samardzija deal was Billy McKinney, a player with a very high ceiling for the Cubs.

McKinney is a professional hitter in the batters box, with a balanced setup and quick hands through the zone. Baseball America rates his pitch recognition and situational hitting skills as plusses.

At 20 years-old, he’ll head to Tennessee after hitting a combined .264 between Oakland’s Single-A Stockton team and the Cubs Single-A Daytona ball club. McKinney would look to continue his ability to get on-base by drawing walks and working counts. He’s definitely in the Cubs plans long-term.

The Skinny: Winker, the 49th overall pick by the Reds in 2012, has been described as the Reds’ best pure hitter in their organization, showing great power and an awareness of the strike zone. He’s projected as an above-average hitter with a nice swing that makes it easy for extra-base hits.

He’s the Reds future in left-field, but he’ll need some more seasoning after playing only 21 games in Double-A Pensacola before being injured. It’s Winker’s bat that will move him through the organization fairly quickly.

The Skinny: Lorenzen has a lively arm, reaching 97 mph with his four-seam fastball, a slider and a change up, which he’s able to locate well. The Reds view him as a starter and quickly moved him to Pensacola where he finished with a 3.13 ERA in 24 starts. His lack of strikeouts are a concern according to Baseball America, but he was able to induce weak contact at Double-A, so he remains on track.

The Skinny: DeSclafani was originally drafted by the Toronto Blue Jays in 2011 as a sixth-round selection, then included in the Henderson Alvarez deal before the 2013 season to the Miami Marlins. He’s found yet another home after being traded to the Reds for starter Mat Latos last December.

Anthony was a swing-starter for the Marlins last season, making 5 starts with an ERA of almost 8. He was much more effective in a reliever role last September, but the Reds view him as a potential starter in their rotation, especially after trading a starting pitching in Latos for him.

He utilizes a four-seam fastball that can reach the mid 90’s and his two-seamer gets hitters to beat the ball into the ground, which is always a good thing. According to Baseball America, he used more of a curveball in the Arizona Fall League, which produced good results.

He’ll come to Reds camp looking to win a starting job in the rotation this spring. 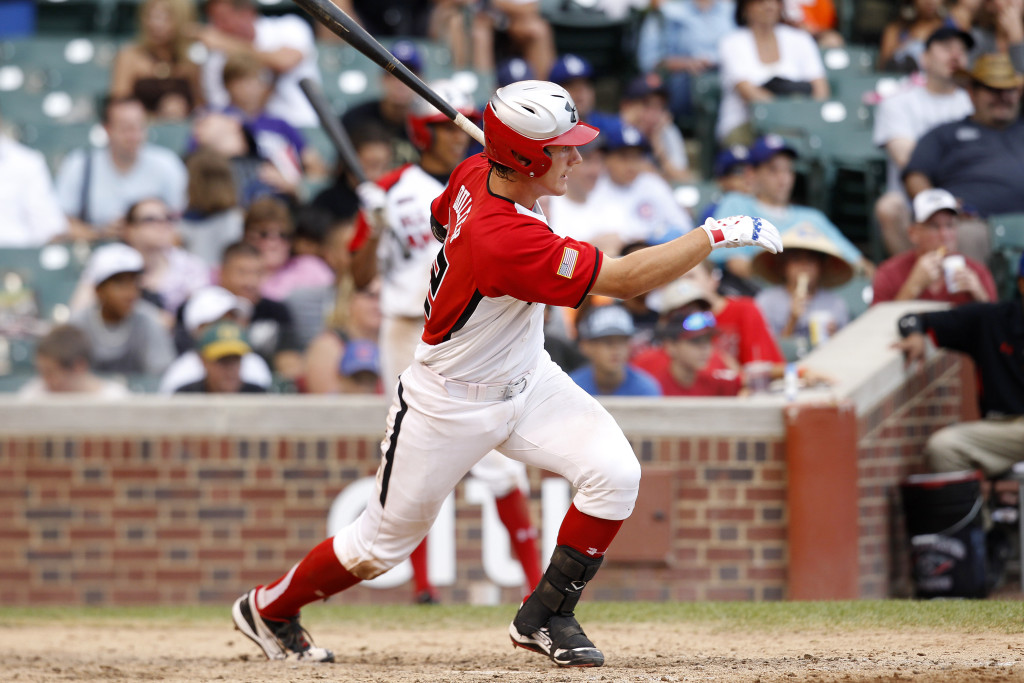 The Skinny: Coulter beefed up his numbers in 2014 after a disappointing 2013 campaign where he battled injuries. Coulter led the Midwest League in home runs (22) and on-base percentage (.410) after being promoted to Low-A Wisconsin for the entire season.

The Brewers will challenge him again by sending him to High-A Brevard County for 2015. Coulter is catching mostly in the minors, but they had him play right field in the Arizona Fall League and his bat will project better in a corner outfield position. 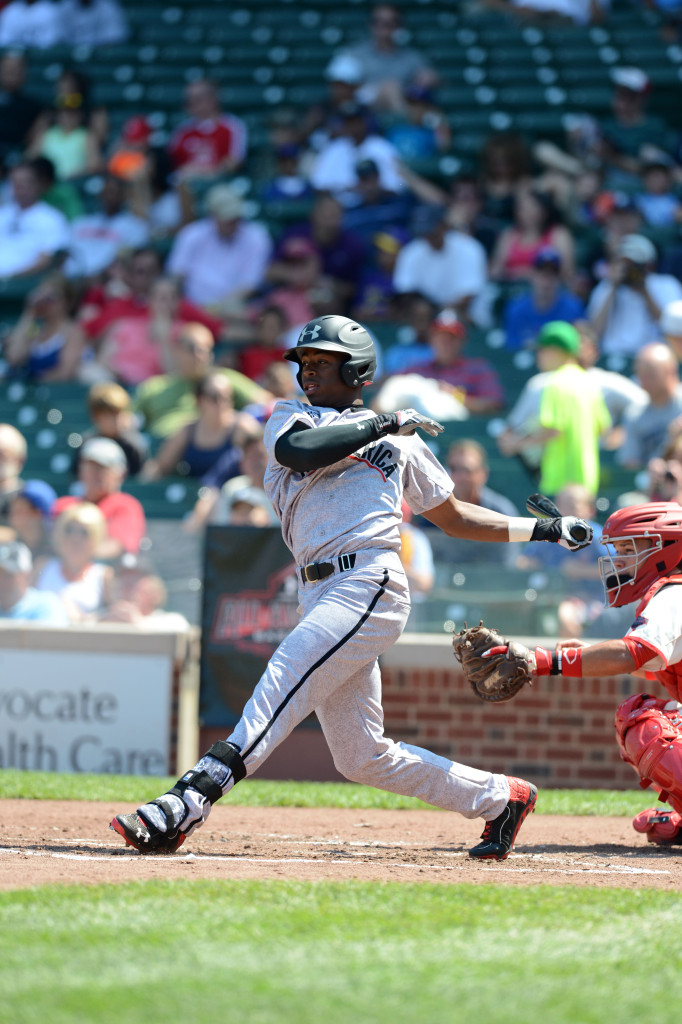 The Skinny: One of the most impressive players in the Arizona League last season, Harrison has tools that will translate to the big-league level. His approach at the plate is advanced for the level he’s at and he shows good discipline, drawing a league-leading 31 walks while stealing a league-leading 32 bases.

Defensively, he has a strong arm and could play either CF or RF in the future. Gaining more time in the minor leagues will be nothing but positives for this dynamic athlete.

The Skinny: Williams pitched very well for Wisconsin last season as a starter with his ability to command his pitches and strike out a ton of batters. In 107 innings in Wisconsin, Williams struck out 112 batters.

He can really bring it with his mid-90’s fastball and has outstanding command of his slider, which he uses effectively to both sides of the plate. Williams changeup is yet another out pitch for him against left-handed hitters.

Seems like he has the tenacity and the makeup to be a stud reliever in the majors one day, but right now, the Brewers view him as a starter. According to Baseball America, the Brewers will keep Taylor in the rotation as he heads to Double-A Huntsville.

The Skinny: Jungmann is on the Brewers 40-man roster after finishing a solid 2014 season between Huntsville and Triple-A Nashville. In 9 starts, he had a 2.77 ERA at Huntsville and then a 3.98 ERA in 18 starts at Triple-A with 101 strikeouts.

Jungmann throws a sinker that gets him ground ball outs and a curveball at 75-78 mph that gets right-handed batters out. If he continues to locate the fastball and refine his delivery, he could get a chance at some point this season with the Brewers. 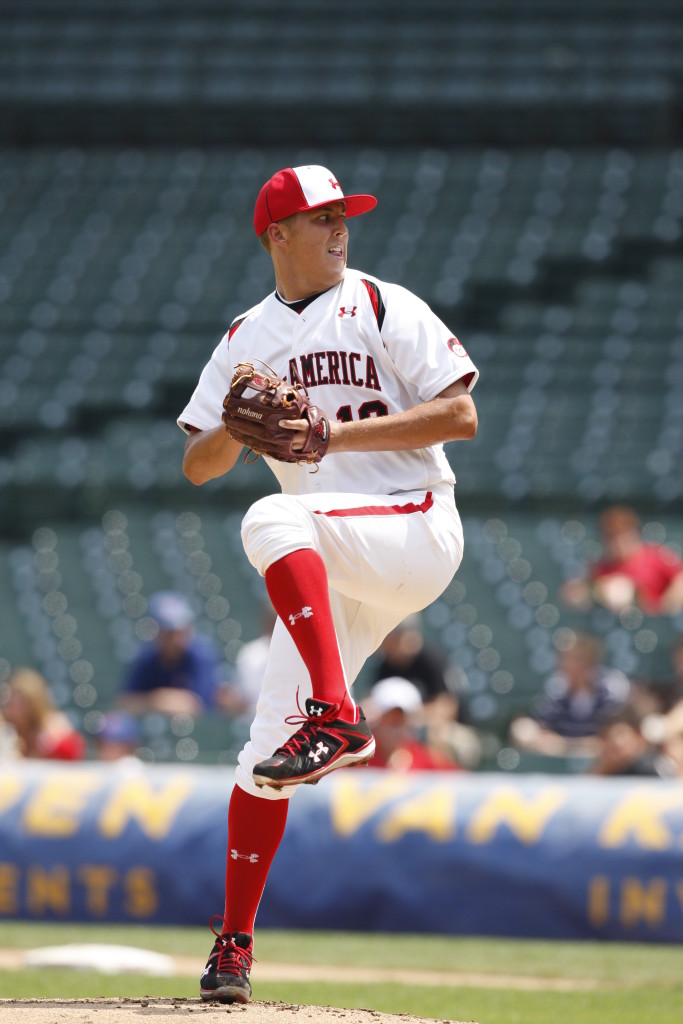 The Skinny: Taillon is returning from Tommy John surgery after missing the entire 2014 season, looking to regain his status as the 2nd overall pick in the 2010 draft.

Taillon’s arsenal is impressive, it all hinges on how he bounces back following surgery. He features a mid-90’s fastball which runs in on righties, and a classic 12-to-6 curveball that falls off the table. Regaining command of his pitches will be very important for Jameson in 2015.

Baseball America predicts Taillon will begin this season in extended spring training to get in work before joining Triple-A Indianapolis. The Pirates will most certainly take things slow with their big right-hander, but a move to the majors is likely at some point in ’15. 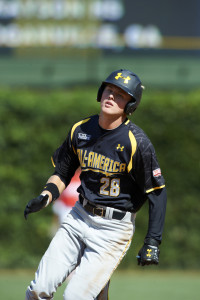 The Skinny:  The ninth overall pick in the 2013 draft had a tough time getting out of the gate last year, suffering a strained hamstring early in spring training and didn’t make his debut until June 30.

His time in the majors is on the horizon, but not quite yet after playing in both rookie-league teams and Low-A West Virginia where he hit .322 with 13 doubles and a triple in 38 games. He has a really nice stroke and excellent plate discipline for someone who won’t turn 20 until May 3rd. The Pirates project Meadows as a middle-of-the-order hitter, but according to Baseball America, “still possesses the on-base skills needed to be a top-of-the-order hitter.”

Meadows could make the jump to High-A Bradenton to start the 2015 season. 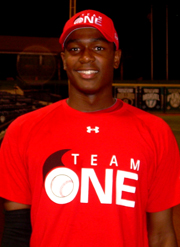 The Skinny: A serious knee injury Bell suffered in 2012 took him two years to recover from, so the Pirates were rewarded with a very solid 2014, one in which he hit a combined .325 between Bradenton and Double-A Altoona with 22 doubles and four triples overall, with a .502 slugging % at Bradenton.

The Pirates love his switch-hitting ability and scouts have compared him to former Pirates slugger, Bobby Bonilla. From the left side, scouts note a smooth, compact swing which has lift to it, meaning potential lift-off on pitches over the fence.

Because the Pirates have an assortment of young, talented outfielders already in the majors, Bell’s journey to the bigs might be suited as a first baseman down the road. 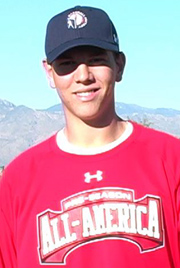 The Skinny: The fourth round pick of the Pirates in 2010 has steadily climbed his way up the ladder, starting in Altoona and making a stop at Triple-A Indianapolis last season. Kingham is very good at mixing pitches and shows control of his pitches.

His fastball can get up to 95 and with his size, gives hitters fits because of the trajectory of the baseball. He also throws a curveball and a changeup which is continuing to improve. Kingham will start the season in Indy, but could be one of the first call-ups for the Pirates this season. 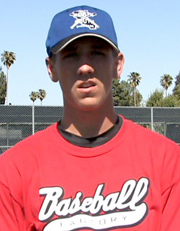 The Skinny: Piscotty was a compensation pick (36th overall) in 2012 for the Cardinals when Albert Pujols left for free agency to the Angels.

Piscotty has the best bat in the Cardinals organization, developing into a hit machine, but also with his ability to draw a walk and limit his strikeouts. Defensively, he is instinctual and has a plus arm.

Stephen will start 2015 at Triple-A Memphis after the Cardinals traded for Jason Heyward, so he’ll continue to play every day, something he did in Triple-A a year ago, playing 136 games with 32 doubles, 43 walks and a .288 average. 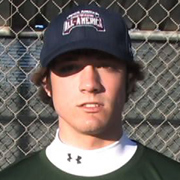 The Skinny: Grichuk came to the Cardinals in the trade that sent David Freese and Peter Bourjos to the Los Angeles Angels before the 2014 season.

Grichuk experienced major league baseball, being the Cardinals starting right fielder in the playoffs last season. He has a power bat, hitting 25 home runs last season in Memphis and then hitting three in 47 games with the Cards.

The Cardinals love his approach at the plate, he doesn’t try to hit home runs, but has a swing that is natural with plenty of bat speed. He also proved his worth defensively in right field, showing off an above-average arm.

He’ll come to camp looking to sew up a spot on the 25-man roster, playing center and right field off the bench in 2015.