Tommy Pham – The Cardinals outfielder has picked up where he left off last year. Through 21 games this season he’s hitting .343 with 3 doubles, 3 home runs and 5 stolen bases. 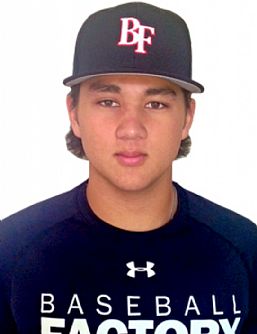 Bo Bichette – Adjusting to AA pitching has not been an issue for Bo. He is currently hitting .303 with 4 doubles, 3 triples and 7 runs driven in.

Michael Kopech – Kopech threw 6 strong innings in his last start allowing only 1 hit and striking out 8. For the season he has a 2.14 ERA with 29 Ks in 21 IP.

Andrew Cabezas, Miami – Andrew was named the ACC Pitcher of the Week after a dominant complete game victory over Pitt. He threw 9 innings allowing only 3 hits while striking out 11.

Mike Dellicarri, Oswego State – Dellicarri went 7-13 in a 3-game sweep of Plattsburgh. He had a double, triple and home run, scored five and drove in five runs.

Jonathan Engelmann, Michigan – The University of Michigan outfielder earned Big 10 Player of the Week honors by hitting .545 for the week with a double, home run, 6 runs score and 6 runs driven in.

Josh Jung, Texas Tech – Josh was named the Big 12 Player of the Week and the National Collegiate Baseball Writers Association National Co-Hitter of the Week. Josh hit for the cycle against New Mexico going 5-5 with 2 HRs, and he had 10 hits (7 for extra bases) during the week.

Steven Wells, Florida State – Wells was not only honored as the ACC Player of the Week, but he joined Jung as NCBWA National Co-Hitter of the Week. Wells had a monster week for the Seminoles going 14-17 with 2 2B, 2 HR and 7 RBI in leading them to a 5-0 record.

Jeremiah Jackson, St. Luke’s Episcopal (AL) – The Under Armour All-American continues to put up monster numbers this spring. Despite being pitched around often (30 walks on the year), Jackson is hitting .636 with 8 doubles, 3 triples, 11 home runs, 37 runs batted in and 19 stolen bases.