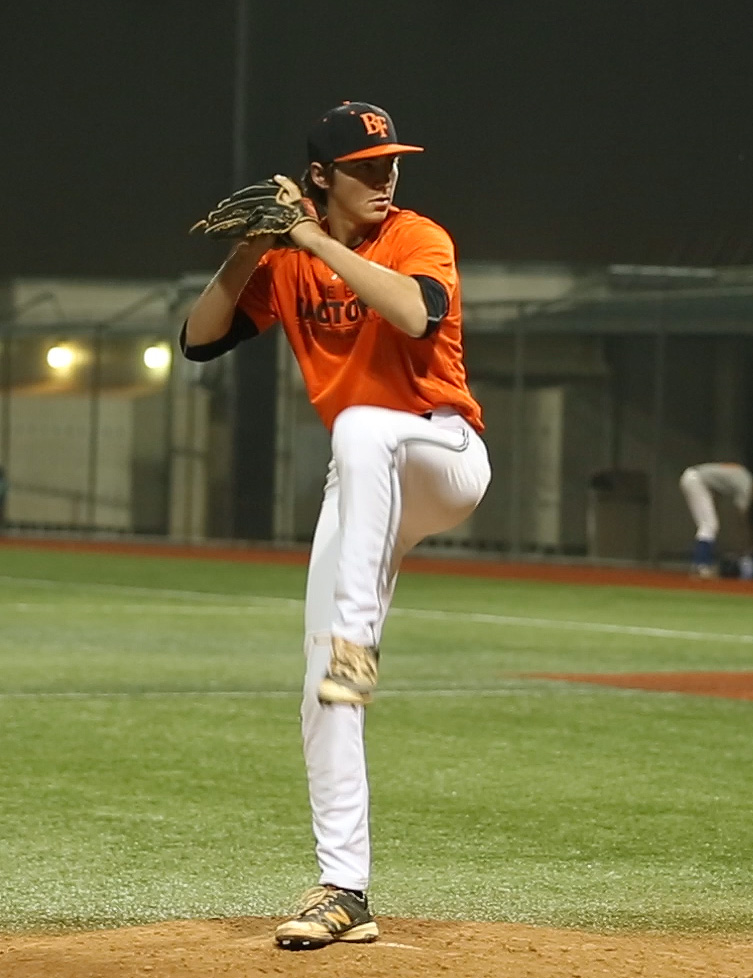 Evan threw a complete game shutout to help Aliso Niguel defeat Dana Hills 1-0. Over seven innings, he struck out seven, only allowing three hits. Evan is now 3-0 on the season with a 1.17 ERA. Fitterer has been a participant in the National West and Futures West Showcases in 2018 and 2017, respectively. He’s also participated in the Ryan Lemmon Sophomore Showcase in 2017 and So Cal Classic and Southwest Championships between 2015 and ’16.

Hays’ sweet left-handed swing has produced a .455 average so far this year with three doubles and five RBI’s, but he’s making even more noise on the mound. The lefty is 3-0 with 16 strikeouts and has yet to allow a run. Hays has participated in numerous Baseball Factory showcase events in 2017 and ’18.

Nate is off to a great start, posting big numbers through 10 games. He is 17 for his first 31 including three doubles, a triple, three home runs and 19 runs driven in. Rombach attended a Baseball Factory National Tryout event in 2016 and later, three Baseball Factory showcase events in Texas.

The 2018 Under Armour All-American is really heating up. Over his last five games, Andre is 13 for 18 with four doubles, a home run, 13 runs scored and five stolen bases. In addition to being an All-American, Andre participated in the 2018 Baseball Factory National South Showcase.

The ultra-athletic Thompson has been outstanding on the mound thus far. He is 3-0 with 1.00 ERA and 22 strikeouts in 14 innings pitched. The 2018 Under Armour All-American is also swinging the bat well of late with two homers and a triple in his last three games.