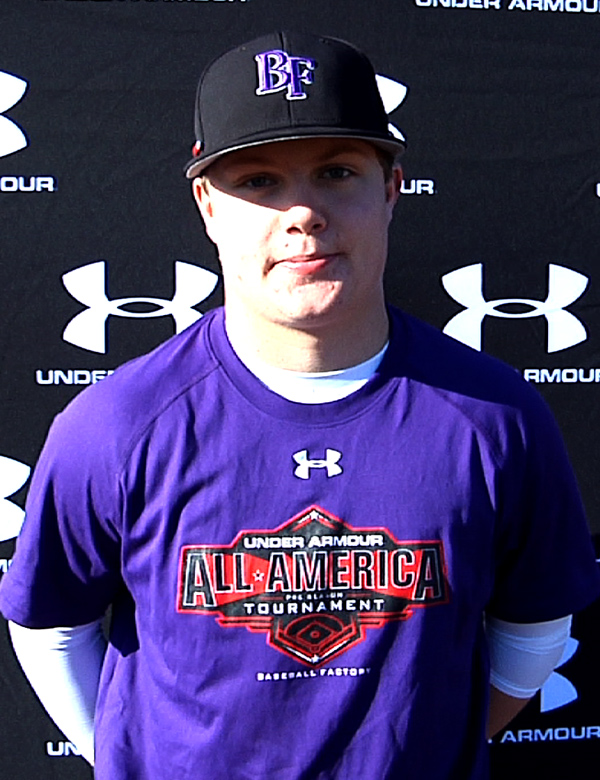 Not many high school players in America can lay claim to the season Austin Harper has put together in the state of Ohio.

Harper, a 2017 SS/2B, attends Mohawk High School in Sycamore, OH. Austin has been a part of our Elite program at Baseball Factory over four years now. We saw him at an early age in February of 2013, at the Interactive Video Program in Dayton, Ohio. Our staff quickly recognized him as an athletic SS/MIF prospect with a solid bat, quick hands and a lot of potential.

Since then, Austin has actively participated in multiple Baseball factory events including the highly competitive National World Series at Pirate City. Our scouts were impressed with the way he carried himself during the live games and the leadership qualities he displayed on and off the field while living at the Pirates spring training complex with the other Baseball Factory players as well as the minor league players.

Our staff selected Austin as a 2016 Under Armour Pre-Season All American, which qualified Austin to play in the Under Armour All-America Pre-Season Tournament in Mesa, Arizona this past January, with approximately 400 other players from all over the country. Austin played for Team Midwest along with several other college commits, potential draft picks, and DI caliber players. Austin did well in Mesa, making all of the routine plays with a sure glove and an impact bat from the left side. He led Team Midwest in hitting, while facing stiff competition on the mound. Coaches and scouts left the event buzzing over the fact that Harper had two full high school seasons left at the time, with his stock sure to grow in the coming months.

According to Randy Harper, Austin’s father, the competition and live game environment were great timing to Austin’s springboard into the high school season. Austin wholeheartedly agrees.

“Baseball Factory played a big role in preparing me for the season this spring,” said Harper. “Attending the Pre-Season All- American Tournament gave me the opportunity to play against high level competition before the season got underway. The instruction given at the tournament also gave me some things to tweak and work on before the season started. Baseball Factory has given me many great experiences like the Pre-Season All-American Tournament and Pirate City before I was in high school.  The coaches at these events have provided me with great instruction and helped me with preparing the past three seasons.”

A do-it-all-type player, Harper has started every game as a freshman, sophomore, and junior for Mohawk. In the past three seasons, Austin has been named as a two-time All Conference, two-time all District, and an All-Ohio player and most recently was named as the 2016 District Player of the Year, with more recognition to come after his junior season. Harper also has the potential to be a three-time All-Ohio player. So far this season, Harper is hitting over .500 with 43 hits, eight doubles, two triples, four home runs, 23 RBI, 36 runs scored and a slugging percentage of .780 (fourth-best in Ohio) in just 26 games. Harper has struck out only five times in 207 plate appearances spanning two high school seasons. He’s been equally as good on the mound, posting a 12-4 record in the last two seasons, throwing 11 complete games.

In the full scope of the situation, how great has Austin’s junior season been? As of May 10th, Austin was first in the state of Ohio in total hits, home runs and runs scored among the 2017 grad class. He’s collected back-to-back 40+ hit seasons, and recorded his 100th varsity hit this season.

Austin is a very hard worker with a consistent and advanced approach to the game. Austin has contributed his success this season to the countless hours he spent on the field and in the gym and cages over the years. That hard work is now paying off.

“Coming into the year, I had a great feeling about how the season would go,” said Austin. “Being from Ohio, it was hard to get outside to practice early in the year, but we found a way to make things work with time in the gym.”

Mohawk High School just recently won their third consecutive Sectional Championship in a row and hopes to make a deep run in the tournament. Without the drive and push from Austin’s coaching staff to make him better, he may not be where he currently is today.

“Our team is very close knit, and we do a great job pushing each other to get better,” said Austin. “The same goes for Coach Hoover and Coach Loose. They demand the effort and drive that it takes to be successful, and I am so grateful to have had them coaching me the last three years in high school. I also would like to thank Coach Stover, Coach Palm and Coach Theis for everything they have done for me. It feels great to know that all of the work I have put in has been paying off the last couple of years, and I am excited to see what next year has in store.” 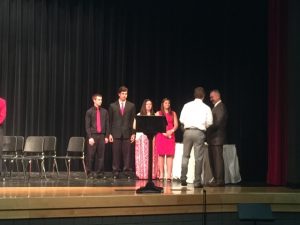 “This season has been a special year for Austin and is a result of a lot of hard work and dedication,” said Randy. “It’s definitely been great and a lot fun to watch. He is in middle of something special and we are all interested to see how it turns out for him. It’s nice to see anyone work hard at something and then have success with it. Austin just loves the game and everything about it.”

Academics are also important to Austin and his family. Austin has excellent grades (sporting a 3.65 GPA) and recently received his induction into the National Honor Society.

“He is a good student and a well-rounded kid, so we support him 100%,” said Randy. “We are definitely proud of his results, but we are more proud of him as a person and young man. He has grown up and baseball has helped him do that. We know that wherever he goes and whatever he does he will have a positive impact and be successful.”

“Baseball Factory is a top notch organization that develops players into great ball players and great human beings,” said Austin. “They have been with me since before I was in high school, and have guided me along my high school baseball and academic career. I am very grateful to have the help that Baseball Factory has provided me in the past years. The guidance on and off the field that they provide in unparalleled.”

Austin hopes that his experience through the Factory and his advice to other athletes in his position reaches far and wide for those who strive to get better on the baseball field day in and day out.

“The best advice I can give to other players is to go and get it. No one is going to do it for you, and only you can control your future. If you put the work in and treat the game right, good things will happen. Also, having an organization like Baseball Factory in your corner will definitely help open doors and gain some exposure.“

The college recruiting trail is heating up for Austin. With one of the best HS bats in Ohio, and around the country, it will be hard to keep him out of most line-ups at the next level. Austin is currently undecided on where he will play in college, but the options are continuing to mount and he will make a decision this summer.