As a sophomore at Montclair Kimberley Academy in New Jersey, Ben Ribicoff started every game for the Cougars during the 2018 season. He went on to hit .427, drive in eleven runs, and steal eleven bags. Ribicoff’s performance last season led him to be selected to play in New Jersey’s Underclassmen All Star Game, where he went 1-for-2 with a walk, an RBI, two runs, and two stolen bases, representing Essex County. For people that may not know, that is an impressive year for anyone, let alone a sophomore.

Yet, as a student at an academically strong school, Ribicoff realizes just how important the classroom is. 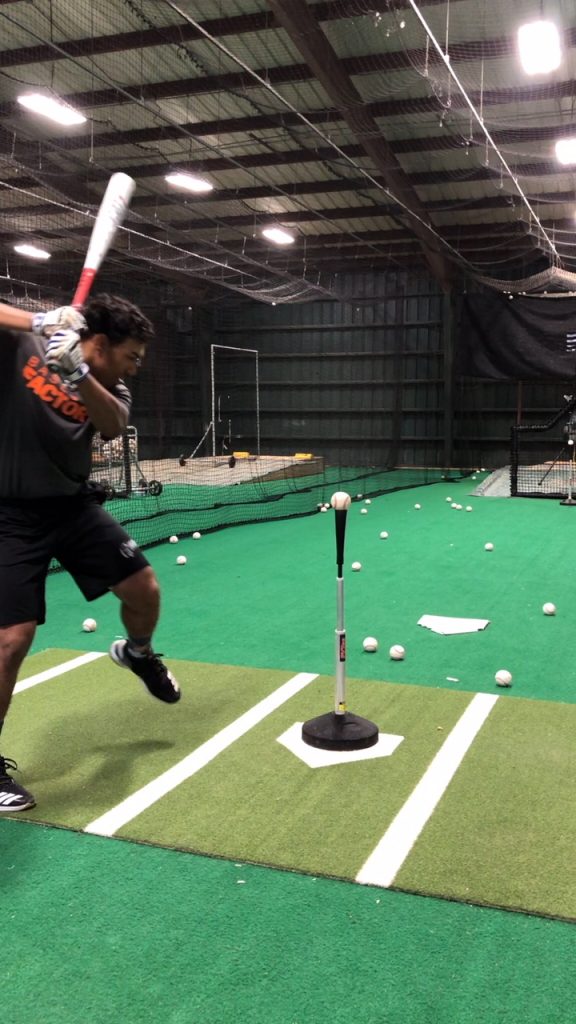 “You can’t go anywhere with baseball if you don’t get good grades,” Ben said.

Talk about a kid who just gets it. Ribicoff also believes that what he’s learned from the Baseball Factory has helped him value the classroom more.

And while he started every game last season, Ribicoff started his Baseball Factory journey in mid-December of 2015 with the Interactive Video Program. Baseball Factory’s Interactive Video Program, as said best by Ben, “You get filmed doing baseball related things, such as your outfield (or any position) work and your hitting. You can get feedback and see what you are doing right and wrong.”

The biggest thing he took from the program was what he was doing with his arm slot and throwing motion. In the video and previously, he threw “way over the top” but because of the positive feedback, Ribicoff’s throwing motion, “is more compact” now and he believes, “my velo has gone up because of it.”

After participating in and learning from our Interactive Video Program, Ribicoff would go on and attend a handful of Factory events. Those would include Baseball Factory’s Spring Training at Tiger Town in January of 2016, a College PREP nearly a year later in December which qualified him for yet another Baseball Factory National Spring Training event, this time at Pirate City in Bradenton, FL.

In April of this year, Ribicoff attended his second College PREP event, (which gives high school athletes an opportunity to be filmed during their workout, correct flaws after and for college coaches to take a look at their skills). This time however, he traveled over 89 miles to Philadelphia to again get his name and advanced skill set out there. He performed well and is on the current leaderboard for 2020 grads in grip strength, tied for 20th best (295 combined, 140 on the left and 155 on the right). Grip strength being an important indicator as a higher grip strength correlates to higher velocity and more power at the plate. Because of his performance in Philadelphia, Ribicoff was invited to – and just recently participated in – the Baseball Factory National World Series at Pirate City.

His most recent trip to Pirate City marks his second Factory event he has attended there. For Ribicoff, it is always a special time.

“It’s great being in a facility like Pirate City,” Ribicoff said. “You get to use the clubhouse which is super cool…you don’t get something like that unless you’re actually playing (professional baseball).”

It is more than that, however, for Ribicoff, he loves the competition provided by the Baseball Factory.

“I love coming down here and playing with people from all over the country and see people you usually don’t see all the time.” Adding that, “You’re getting coached by the best of the best.”

It takes a special person and player to take what they have learned and transform it to their game. This type of player must be a grinder and a hard worker, with a good work ethic, and that could not describe Ribicoff more. When asked where his work ethic was instilled from, he answered, “Mostly my parents, my parents pushed me to work hard. I also try to self-motivate myself, it’s a combination of both.”

Ribicoff has worked his way up through the Baseball Factory ranks, improving each step of the way, and working hard on the things he was told could have been improved upon.