Congratulations to the @BaseballFactory alums playing in the World Series! Good luck to Austin Barnes, Will Smith, and AJ Pollock of the @Dodgers, and Brett Phillips, John Curtiss, Kevin Kiermaier, Ryan Yarbrough and Austin Meadows ⬇️ of the @RaysBaseball. pic.twitter.com/ubqM7KkZHS 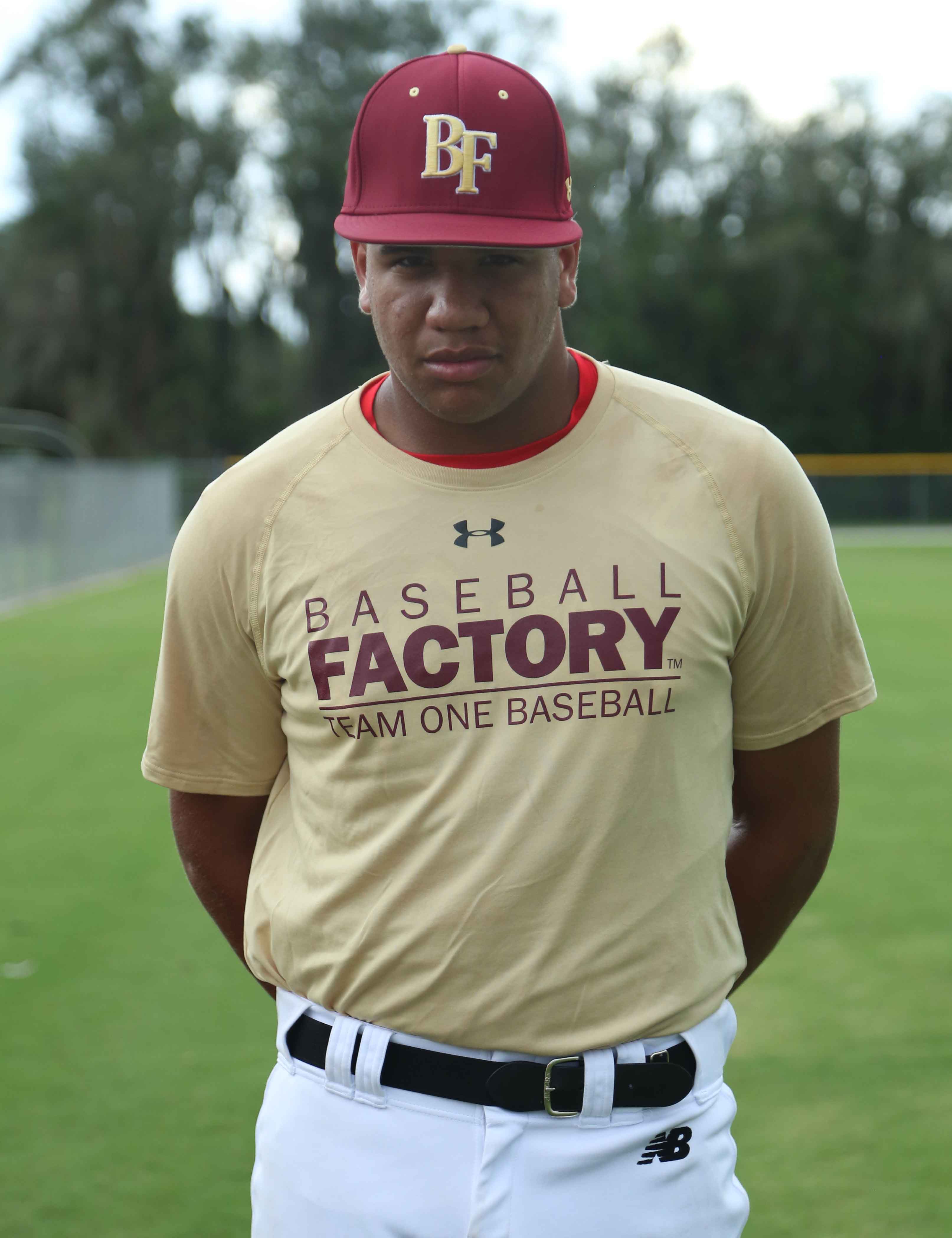 Sometimes at the high school level, the best players on the field see time both as a pitcher and position player. At the Under Armour All-America Pre-Season Tournament in Arizona, we saw several such athletes that excelled at multiple spots. Here are a few that stood out. 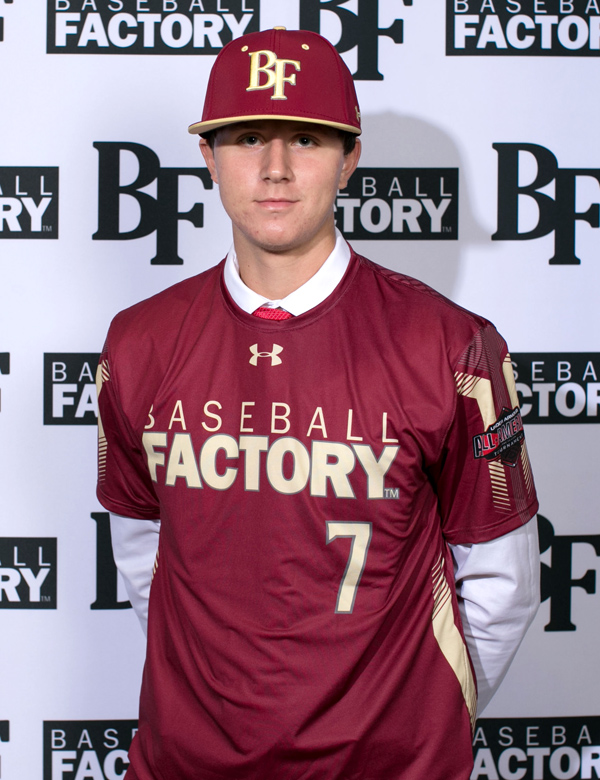 Big and physical at 6’2”, 220 pounds, Angel Tiburcio drew Kenley Jansen comparisons on the mound. He lived in the 88-90 mph range with a heavy fastball that came in like a bowling ball. The Florida International commit complemented that with a hard, tight breaking ball that helped him rack up 10 strikeouts in his outing. His strong hands lead to hard contact and legitimate power at the plate where he profiles as a run-producing 1B. 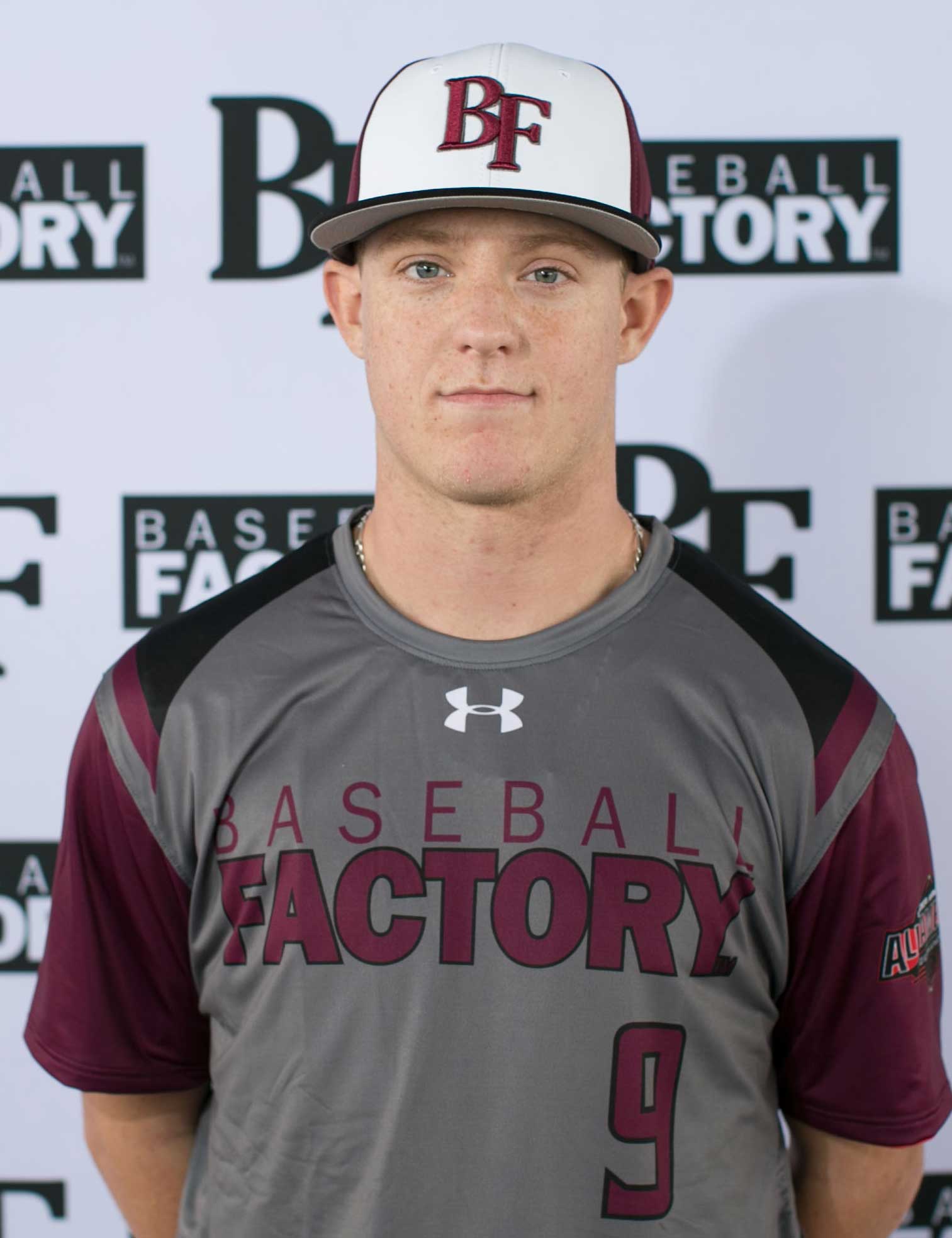 Florida State is where OF/RHP Robby Martin is committed. His strongest tool is his left-handed bat where he showed bat speed, barrel accuracy and power potential. He uses the whole field and stands in with confidence. Robby was also very good on the mound where he topped out at 86 mph with good downhill plane, resulting in 7 K’s.

Another FSU commit is RHP/SS Chase Wilkerson out of Headland, Alabama. Chase was dominant on the mound flashing a polished 3-pitch mix with a tight curve, advanced change, and a fastball that was up to 88 mph. Add in that he is an athlete who ran a 6.95, was solid defensively in the infield and doubled in the game, and you have an elite level 2-way prospect. 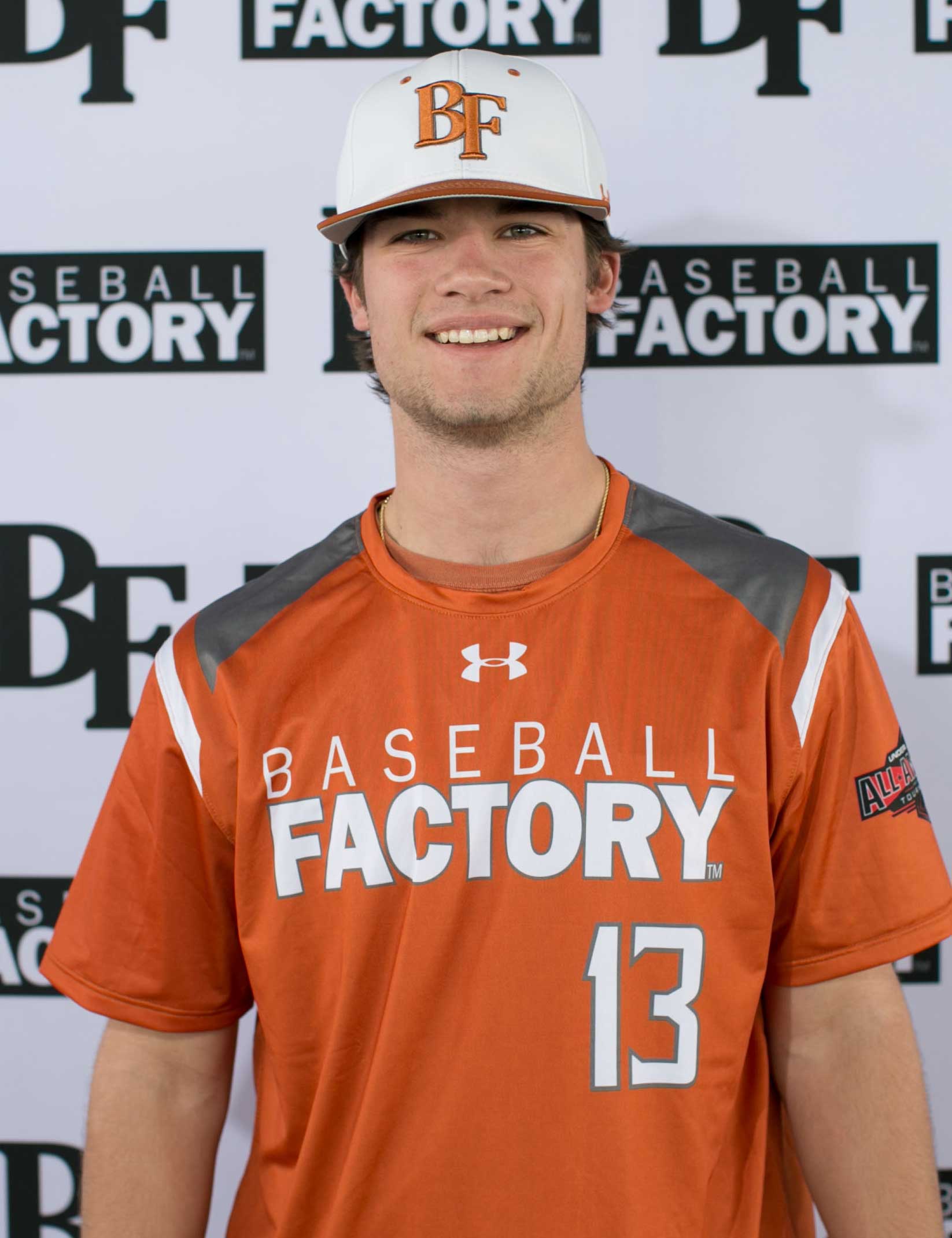 Two left-handed pitchers were also very good on the mound while displaying the ability to swing the bat. 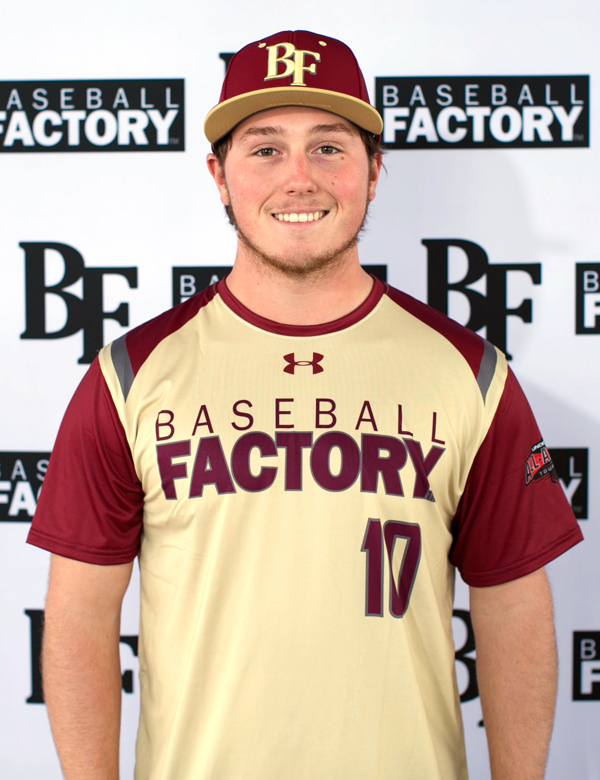 Thomas Burbank, a University of Texas commit, used a deceptive delivery and a big swing-and-miss curveball to baffle hitters. His fastball had mid-80s velocity and got on hitters even quicker. Thomas’ left-handed stroke is quick and efficient as well, and he is good around the bag at 1B.

Stephen Wilmer was also tough on hitters in his outing. He struck out 8 showing the ability to get outs with his curve after changing eye levels several times. With a corner OF position player profile, the East Carolina commit was also on base 4-of-6 times on the weekend.

Alabama commit Tyler Ras was also quite a presence on the mound. At an athletic 6’4”/195 he was aggressive with his low 90s fastball and began his outing striking out the first 5 hitters he faced. 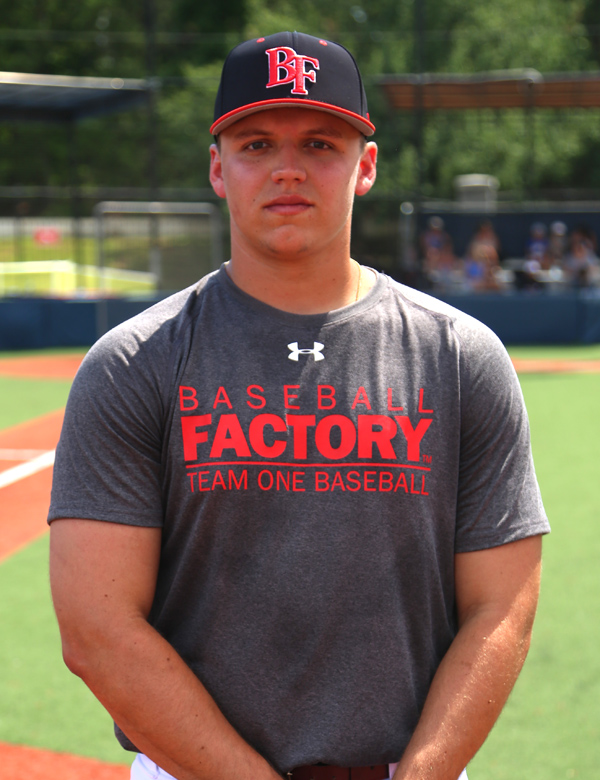 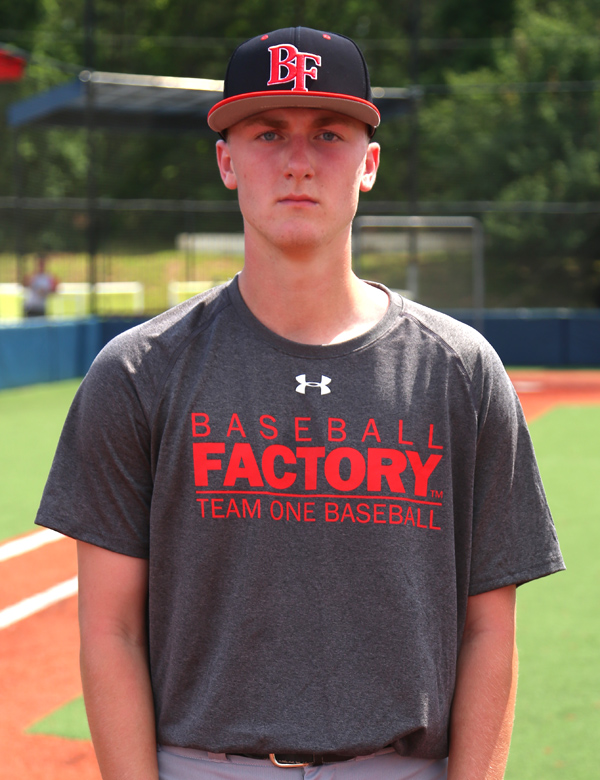 Tyler has an extremely quick arm that also plays well in the outfield. He ran a 7.00 in the 60 and the switch-hitter showed some batting practice power, especially from the left side.

Trae Harmon from Somerset, Kentucky also showed power during his workout session. The result of bat speed and leverage was big pull power from the University of Kentucky commit. Trae also topped out at 86 mph on the mound with lots of arm side run. 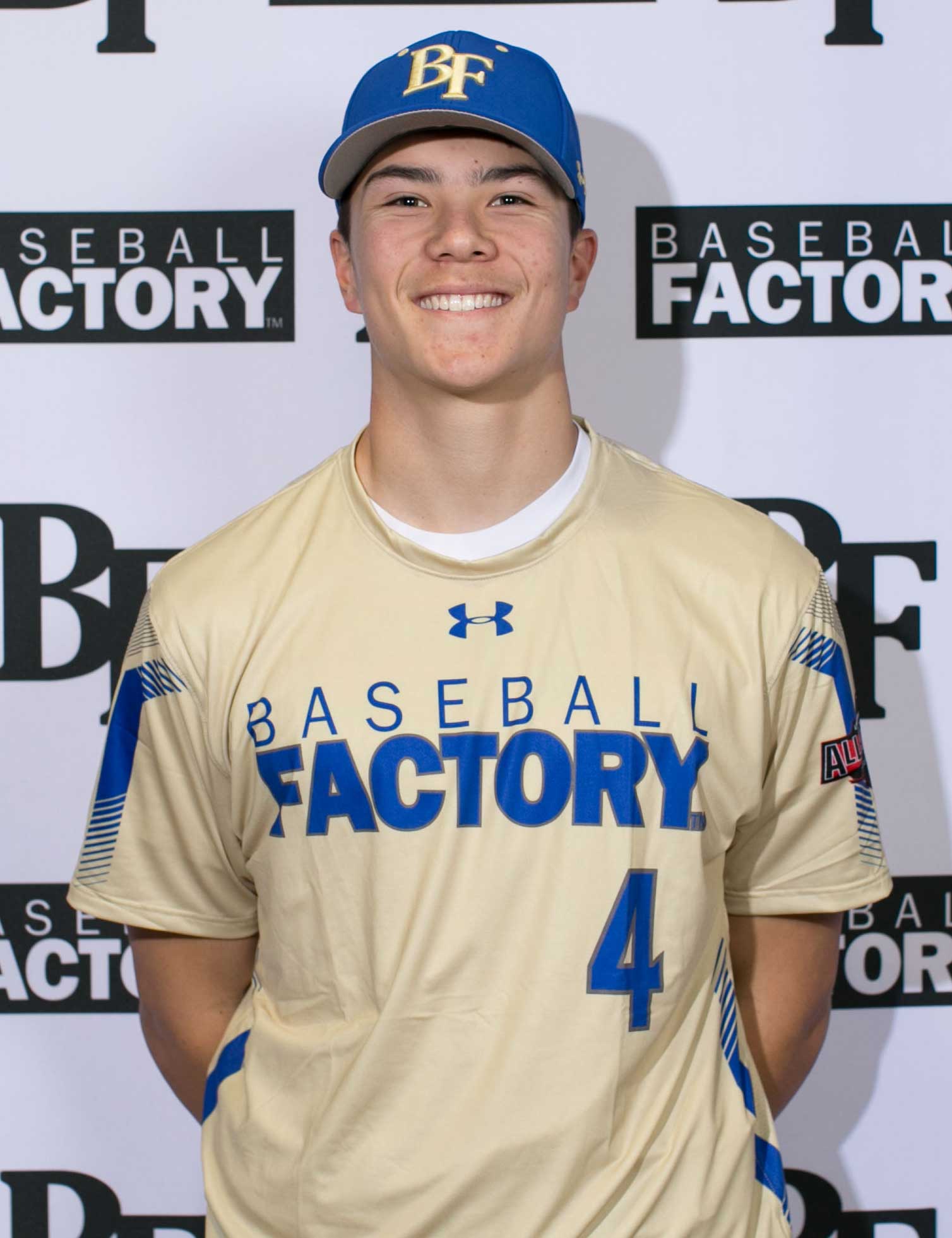 Finally, Alameda, California native Bryan Woo caught the eyes of scouts in attendance for his all-around game. He is primarily a shortstop with smooth actions, a quick release and good overall feel for the game. He also has a line drive stroke from both sides of the plate, and was up to 86 on the mound with an athletic delivery and clean arm.

It takes a special player to succeed at the high school level as both a pitcher and position player. This group not only showed that they can do it now, but they may be able to do it at the college level as well. They are a talented group that will be interesting to follow over the next few years.