Florida, LSU Face Off In An All-SEC Championship Series To Determine NCAA Division I National Champion

The matchup to determine the 2017 NCAA Division I Baseball National Championship will pit two powerhouses from the Southeastern Conference with the Florida Gators (50-19) set to face the LSU Tigers (52-18) in a best-of-three series beginning tonight. 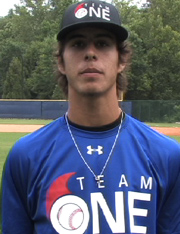 According to NCAA.com, this is the third time the College World Series finale has seen two teams come from the Southeastern Conference and face off against each other. The Tigers are looking for their seventh national championship and their first since 2009.

LSU got it done by dismantling the No. 1 overall-seeded Oregon State Beavers in must-win back-to-back contests, first with 2013 Under Armour All-American Alex Lange pitching into the eighth inning, allowing only a single run on two hits in a 3-1 victory and then advancing with a 6-1 victory on Saturday behind former Team One South standout and lead-off hitter for the Tigers, Kramer Robertson, who went 3-for-3 with a run and a walk. Robertson is a fourth-round selection by the St. Louis Cardinals in this year’s MLB Draft.

On the other side of the coin, the Florida Gators are red hot led by an outstanding pitching staff that has shut opposing offenses down the entire tournament. 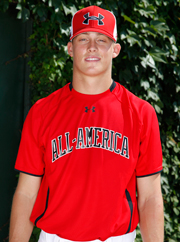 The Gators are seeking their first national championship in school history as they make their third trip to the finals behind starters like Baseball Factory alum, Alex Faedo, who tossed 7 1/3 innings of three hit ball, allowing zero runs and striking out 11 in their 3-0 victory Saturday night over TCU to get to the finals. Faedo attended the 2012 Under Armour Invitational in St. Petersburg, FL and was drafted 18th overall in this year’s Draft by the Detroit Tigers.

LSU will send senior starter and 2011 Under Armour All-American Russell Reynolds to the hill for Game 1 tonight and the Baton Rouge, LA native will make his first start since the 2015 season. Game 2 will go to Jared Poche who is 2-0 in this year’s CWS and a possible Game 3 decider would go to Lange, who is 10-5 with a 2.97 ERA and 150 strikeouts in 124 1/3 innings. Lange was drafted 30th overall in this year’s Draft by the Chicago Cubs.

Brady Singer will start Game 1 for the Gators and Jackson Kowar will start Game 3, if necessary, on Wednesday night. It’s possible Faedo could pitch on short rest out of the bullpen for either Game 2 or 3.