In Their Own Words: A Conversation with Under Armour All-American Andrew Yerzy

Now in its eighth year, the game is the definitive gathering of baseball’s elite. It is the launching ground for athletes to be noticed, highlighted by a formal workout for Major League Baseball (MLB) scouts and a homerun derby, all while under the tutelage of some of the game’s best players and coaches. 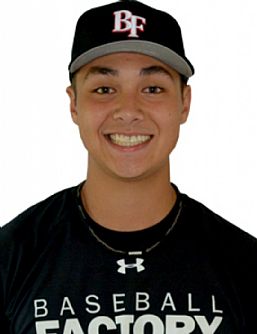 Today we highlight one of the players who will participate in the All-America Game, catcher, Andrew Yerzy.

The junior catcher from York Mills Collegiate in Toronto, Ontario, Canada is the lone Canadian in this year’s showcase event after last year’s All-America appearances by fellow Canadians, Josh Naylor (Drafted by the Miami Marlins – 1st round) and Demi Orimoloye (Drafted by the Milwaukee Brewers – 4th round).

Carrying the country on his shoulders and with his bat, Yerzy held his own in this year’s Junior Home Run Derby during the MLB All-Star Game in Cincinnati, Ohio, in addition to his time with the Canadian National Team and the 16U Toronto Mets.

Yerzy recently shared his insights in a conversation with Baseball Factory as he prepares to showcase his talents in the Windy City.

Baseball Factory: Was there any nervousness participating in the Junior Home Run Derby, being on the same field as the major leaguers?

Andrew Yerzy: You kind of get used to playing in front of big crowds, it was more nerve wracking to play for your country rather than in front of the big league players. You don’t want to go into a home run derby and not hit any home runs, so once you hit a homer, it settles you down. It takes a lot of the pressure off of you.

BF: You represented Canada in the Junior Home Run Derby this year, can you describe the feeling of national pride?

AY: It was amazing. A lot of people would think Canadians wouldn’t have any part in winning this event, but the last two years, we have had success with (Josh) Naylor coming in second in last year’s Derby and with myself tying Ron Washington, Jr. in the event this year. We are showing the world that we are good baseball players in Canada.

BF: You are standing out this year as the lone Canadian to play in the showcase this year…

AY: It’s awesome.. knowing I’ll be representing my country. Naylor and Orimoloye have done it before me, but its an awesome feeling knowing you can show people the style of play in Canada because we’re not normally considered a baseball-playing country.

BF: What’s the most exciting part about playing for the Canadian Junior National Team?

AY: Definitely the competition we face. We go to Florida three times a year, the Dominican once a year. After the All-America Game, we’ll be going to Australia for one final training camp and then hopefully to Japan for 18U World Classic. The competition you’re exposed to at 16 or 17 is unbelievable. Of course, playing for your country is the highest honor.

BF: Talk about your relationship with Greg Hamilton – the coach of the Junior National Team..

AY: He’s great. I would say most of my baseball success so far goes towards him. I played for him last year, but its great to have the amount of exposure that you do with him in Canada. He’s a great guy, a great teacher. He helps slow the game down for you and the experience you get playing for him is invaluable.

BF: Why did you choose Notre Dame to play baseball?

AY:  In terms of the school and baseball, it was an ideal situation. They are a top academic program in the nation and the baseball team plays in a great conference in the ACC (Atlantic Coast Conference).

BF: What is one thing you would like to work on with your game to get you ready for the next level?

BF: Which player do you model your game after?

AY: I like to think of myself as my own player… but, one player I look at is Minnesota Twins star, Joe Mauer. Especially when he was a catcher; he has a really easy left-handed swing with power but also a good catcher too.

BF: What is one thing most people wouldn’t know about you?

AY: I love to barbecue – grilling steaks is my favorite!