In Their Own Words: One-On-One With 2017 Prospect Royce Lewis 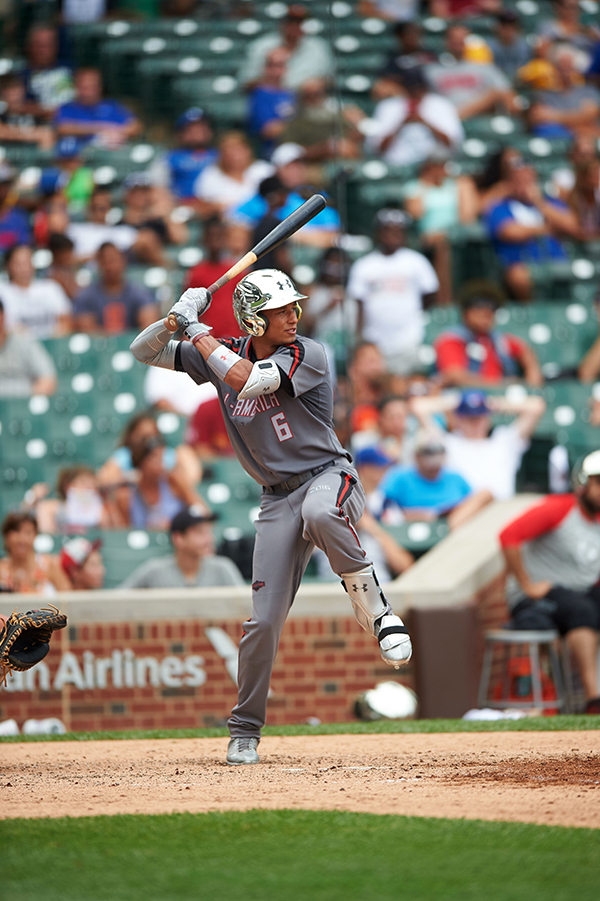 Royce Lewis has never been one to complain about where he plays while on the baseball field. It’s that mentality that has helped him forge his path to the next level as an exciting prospect to watch in this year’s Draft class.

Now in his senior season at J Serra High School in San Juan Capistrano, CA, he looks to continue a string of dominance, capped by winning Conference Player of the Year honors as a sophomore and junior in the Trinity League, held in regard as one of the best conferences in the country. Lewis did so playing outside of his natural position at short stop, instead winning honors both years at third base.

Lewis has plenty of experience on his side as he helped Team USA Baseball’s 18U team win a Gold Medal at the COPABE Pan American “AAA” Championships last Fall when he led the team with a .500 batting average as the team went 7-1 overall.

I had the opportunity to chat with Lewis about what he’s working on now that will help him in the future at UC-Irvine or if he’s selected high in this year’s MLB Draft as expected, his memories of homering in last year’s All-America Game at Wrigley Field and the inspiration he draws from his parents.

Matt Lund: What part of your game are you currently working on in your senior season at J Serra?

Royce Lewis: Everything. I am always trying to improve whether it’s on defense or offense. If you’re asking for specifics, I’d say working at shortstop because that’s the position I’d love to play in the future. Definitely my approach to hitting, trying to use more balance at the plate, more consistency and I think I have been doing that a lot better this year.

ML: You are one of the most dynamic players in the entire 2017 class, you can play both the outfield and infield very well – where do you want to continue playing at the next level? Is it at short whether its onto college or if you’re drafted?

RL: I’d like to play shortstop. That’s my dream, I’ve always wanted to play shortstop and I feel like this is the year that I get to go out and prove that I can do it. I am trying to focus on that position to show everyone that I can play there at the next level, whether its college or professional baseball.

ML: If someone wants to know all about Royce Lewis – the baseball player – What do they need to know about you? What intangibles do you bring to the table?

RL: I have a lot of fun and you notice it, especially on the field. I am the same person on and off the field. I am a nice guy, talking to my teammates, having high energy. I feel like I’m super athletic and being able to make plays that others may not be able to make.

ML: In a world of young players… you were willing to move around and play different positions… you never complained, didn’t transfer anywhere else… where does your makeup come from being a team guy like that?

RL: My parents. Staying humble, teaching me the right way to go about things and to work hard for the things you want to be and what you want to do.

ML: Who is the toughest pitcher you’ve faced so far in your opinion? 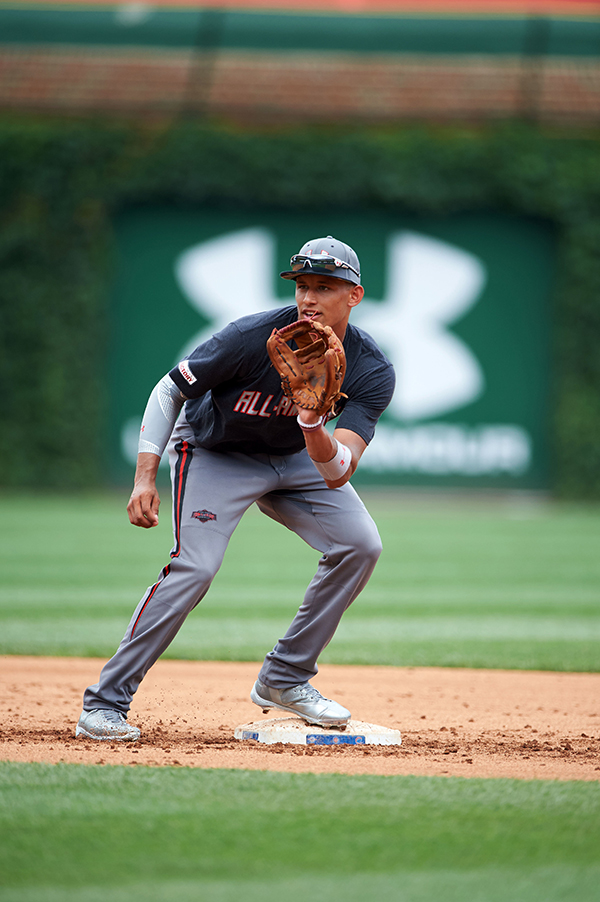 RL: When people ask that question, I think of so many great pitchers that are out there… personally, the hardest one for me to hit off would be Shane Baz, (2016 Under Armour All-American, TCU commit) due to his cutter. It’s a tough pitch.

ML: What are some of your favorite memories of playing in the Under Armour All-America Game?

RL: Hanging out with all the guys. Practicing with them and getting to know what they do on the field. Playing ping pong with the boys and just talking baseball. The homer that I hit in the game… I’ll never forget that.

ML: Yeah…You crushed a homer in last year’s All-America Game… what was your thoughts on hitting a homer in such a fabled stadium at Wrigley Field?

RL: At first, I was kind of in awe… especially right after I hit it, I thought, “oh that’s a different feel.” Rounding first, once I saw it go over… I was a little shocked, especially on that kind of stage. Once I touched home plate, I realized that I’m still playing the game. You could tell I got a little excited there.

ML: You were on the 18U National team that won Gold last Fall and you led the team in batting average. What was that experience like?

RL: It was a bunch of fun. I played on the 15U team as well and we went to the championship in that one, but unfortunately, we came up short. It was a great experience and I knew ever since we lost that first time, that was so much fun, so I wanted to come back and do it again, but this time, have a better outcome. My goal was to make the team and win it and bring it back for the USA and we did that.

RL: They have both given me so much, helping me out, giving me pointers. My Dad is a hard worker. He always takes 5 minutes of his day to call me after my game or practice to see what’s going on and how I can get better and what I need to work on. My Mom is there always, we’re always talking… what are you thinking on this play, what did you do wrong, how can you improve. Those little conversations are always helping me get better and the best advice from the people that know you the best.

ML: You talk about the influence your parents have been in your life. What advice have you gained from them?

RL: To just remain humble…keep being the same person you are outside of the field, even though you may have more talent than some…you shouldn’t change your character due to being a little better at a sport… but that’s the world we live in, that happens, not everyone is blessed with the talent I’ve been given and I appreciate that and don’t take it for granted.

ML: What made you choose UC-Irvine instead of the UCLA’s and USC’s of the world?

RL: It’s the best school for me. I never looked at it as, “oh, I’m a better athlete or a better baseball player than most kids, so I am going to go to UCLA.” I don’t think of it that way, but feel like sometimes kids do that. I feel the best way to go about it is to pick a school as if I were going just as a student before an athlete. It’s a smaller campus than the UCLA’s and USC’s… its in Newport Beach… who doesn’t want to live in Newport Beach? It’s closer to home and if I had the option, I would not want to leave home.