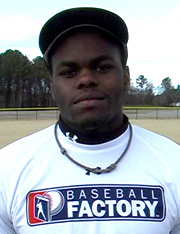 Josh Tobias, a standout at the University of Florida, is putting together quite a fine senior season for the Gators who currently find themselves in a three-way tie atop the Eastern Division of the SEC after the tenth week of baseball.

Tobias, a starter in Gainesville since his freshman season, has played in 37 games for the Gators this season, starting 32, mostly as the team’s third baseman. Tobias leads the Gators in batting average (.367) and triples with five, to go along with four home runs and 30 RBI in the heart of the order for Florida.

The Greensboro, NC native is a Baseball Factory alumnus, having participated in Under Armour Baseball Factory National Tryouts in Columbia, MD as well as Rocky Mount and Burlington, NC. His talent was on display from the onset as a rising ninth grader. Before he began his freshman season of baseball, was named the MVP of the Baseball Factory Tournament at Dodgertown World Series in 2007.

“It was evident when Josh was in 8th grade that he was going to be a special player, not just because of his natural ability, but also because of his attitude and work ethic,” says Dave Packer, Senior Player Development Coordinator for Baseball Factory. “Any success he is having in college -and potentially beyond that in the future- doesn’t surprise me at all.”

The four-year starter and Geological Sciences major was named to the 2014 SEC All-Tournament Team, in addition to being named to the SEC Academic Honor Roll in 2013 and 2014. He’s a big help in the community as well as he helped volunteer with Climb for Cancer, an event in which Gator student-athletes play games and participate with cancer-stricken kids and their siblings in a variety of sports on campus.

Tobias is projected to be drafted anywhere from the 5th to 7th round in this June’s 2015 MLB Draft.

Here at Baseball Factory, we congratulate Josh and wish him much success in the road ahead!