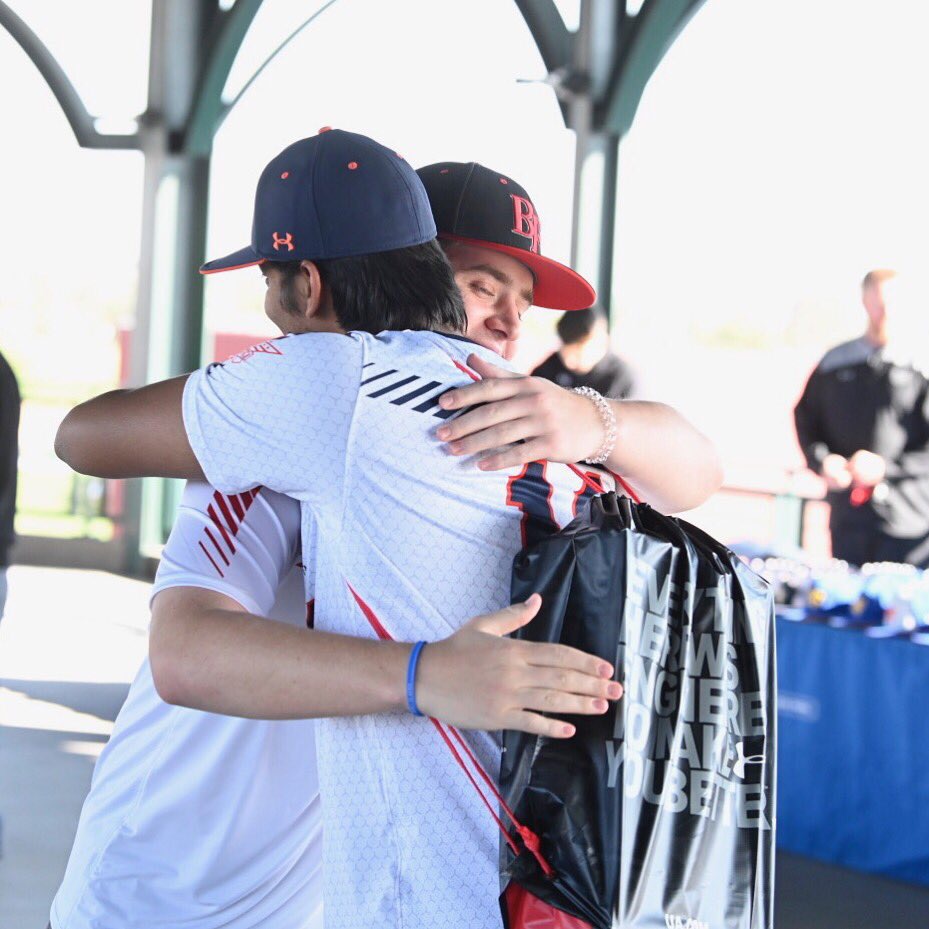 Over 490 players descended on Mesa, Arizona from forty-five different states as well as Canada and Puerto Rico for the 2019 Under Armour All-America Pre-Season Tournament.

Baseball Factory hosted and ran the event that included top players in the 2019, 2020 and 2021 classes divided onto thirty-two different teams. Each team participated in an offensive workout, defensive workout, athletic testing and three controlled games throughout the weekend. All activities took place at the Spring Training complexes of the Chicago Cubs (Riverview Baseball Complex) and Oakland Athletics (Fitch Park).

At 1:00 pm on Friday, the gates to Sloan Park opened and check-in was underway with plenty of excited athletes eager to receive their Under Armour welcome bag, which contained their jersey, certificate of recognition and Under Armour cleats. The parents were equally as excited and proud, seeing their son’s name on the scoreboard in left-center field and taking in the amazing views that Arizona has to offer. 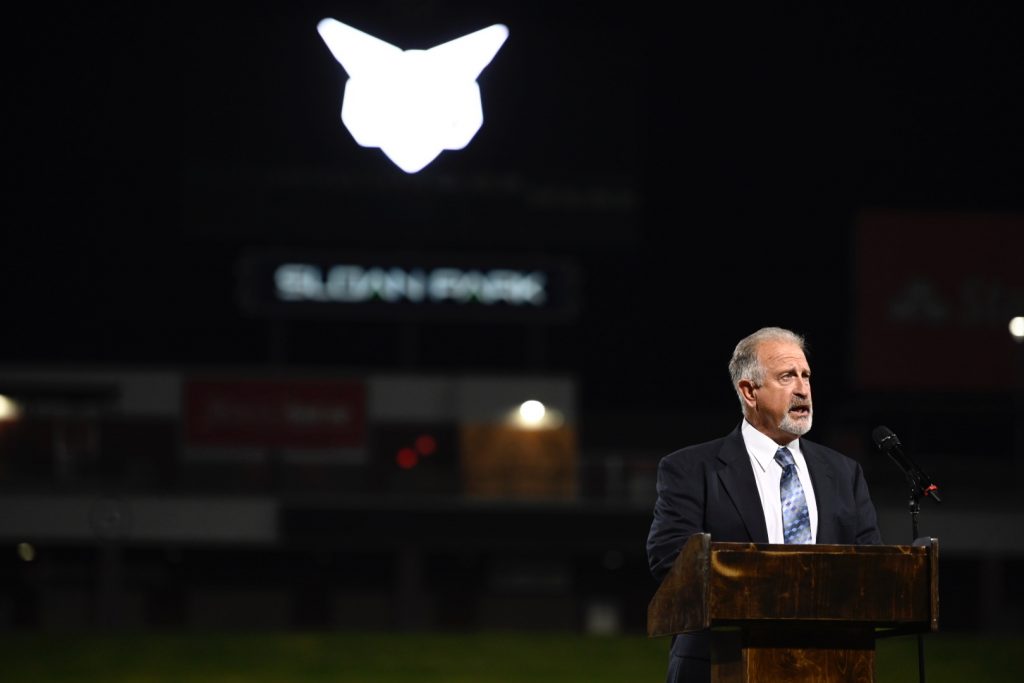 After a second check-in for athletes and families in the afternoon, the Opening Ceremony kicked things off later that evening at Sloan Park. Each team was given recognition and messages were delivered by Baseball Factory’s Chief Baseball Officer and Chairman of the Under Armour All-America Game Selection Committee, Steve Bernhardt, Chief Marketing Officer, Todd Blyleven and from Rick Sweet, soon-to-be Triple-A manager for the San Antonio Missions in the Milwaukee Brewers organization. Sweet, a former major leaguer, has spent the last 29 seasons as a manager and has compiled 1,947 wins, which is 15th all-time in MiLB and second-most among active managers. 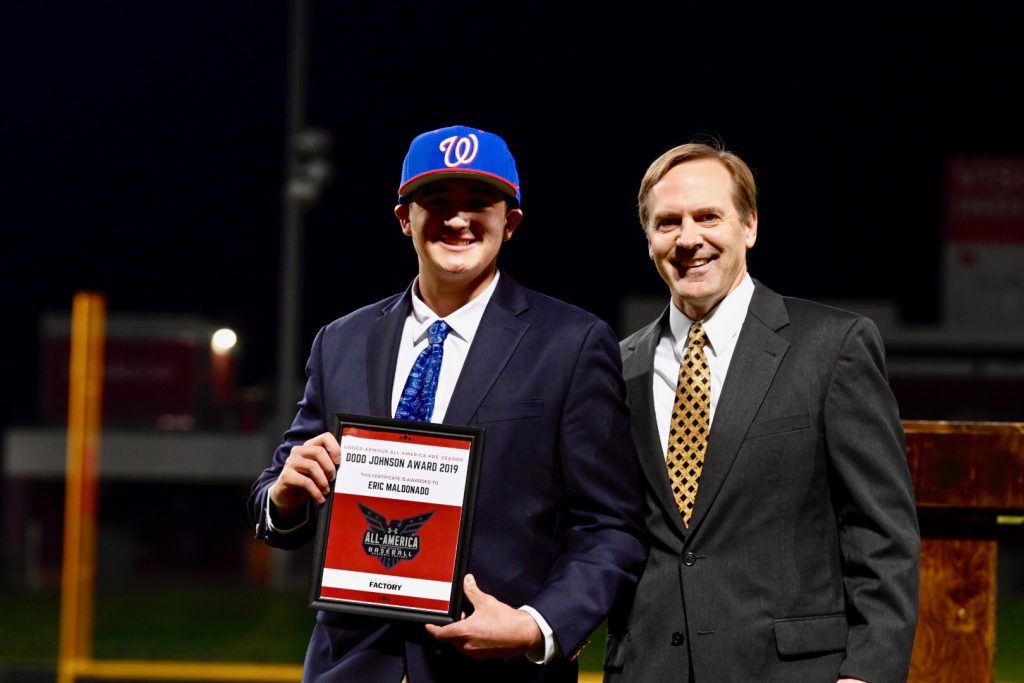 Baseball Factory honored one of their own during Opening Ceremony, with a special presentation by Bernhardt to 2019 grad Eric Maldonado, who was the recipient of the inaugural Under Armour All-America Pre-Season Dodd Johnson Award. Johnson, a Baseball Factory scout and coach and former first round pick of the Atlanta Braves in 1985, passed away just before the 2018 All-America Pre-Season Tournament, an event he was set to work at.

Maldonado, who attends Westlake High School (Dodd’s alma mater) received a plaque and Baseball Factory will work with the high school, which is located in Texas, to award one recipient each Pre-Season, who best exemplifies leadership and character in the same manner as Johnson did.

In addition, the first four players selected to this summer’s Under Armour All-America Game were announced. They are Jared Jones, Victor Mederos, Robert Moore and Dylan Crews.

Over the course of Saturday and Sunday, those in attendance were treated to outstanding play on the field.

At the plate, 2020 Cole Latos from Allen, Texas and 2019 Cameron Wayt from Ashburn, VA both homered over the deep fences while San Juan, Puerto Rico’s Mario Zabala and Frisco, TX native Austin Eaton both hit inside-the-park homers during game play. On the mound, Under Armour All-American selection Jared Jones (Whittier, CA) was up to 95 mph, tops in the 2020 class, while 2021 RHP Keegan Allen (Rogers, AR) touched 91. We saw some speedy runners on Saturday during 60-yard dash testing as 2020 Oklahoma State commit, Dominic Johnson and 2021 Dean Herring both ran a 6.43. The lowest pop time of the weekend belonged to 2020 Texas A&M commit, Kimble Schuessler who threw 1.79 down to second base during the defensive workout portion. 2019 1B prospect Cameron Sheets recorded an exit velo of 104 during the hitting portion of the workout.