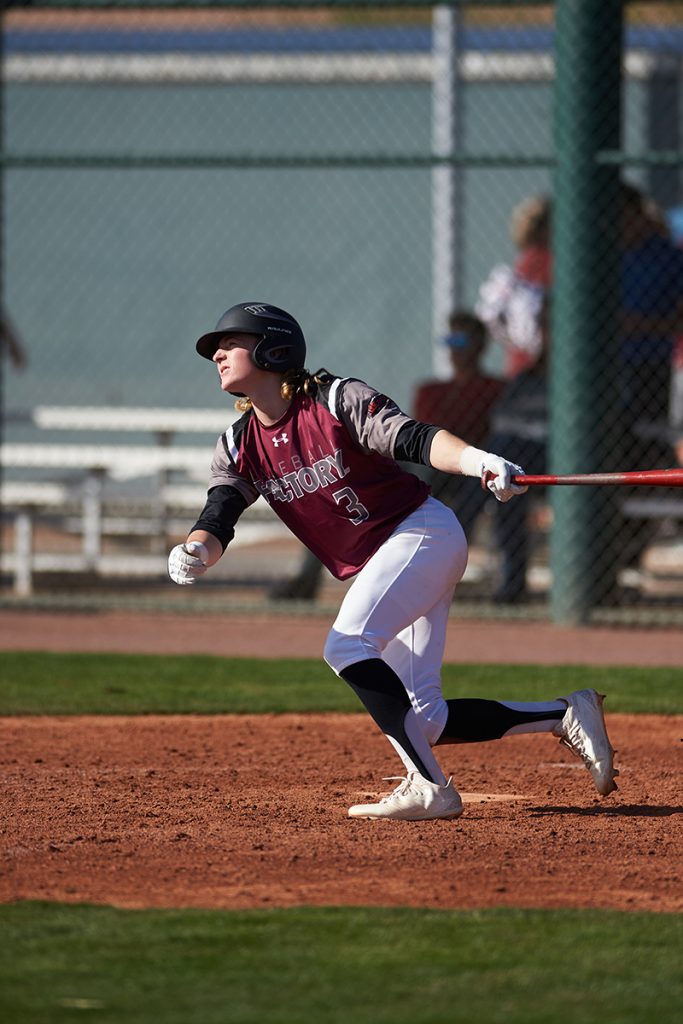 Roccaforte at the 2018 Under Armour All-America Pre-Season Tournament

Soon to be four-time Pre-Season All-American Austin Roccaforte is anxious to make one final run in Arizona as a Baseball Factory athlete before moving to the next step in his journey, playing at the next level with Wichita State.

The 2019 grad, a three-year starter at Tomball Memorial High School in Tomball, TX, committed to Wichita State the summer before his junior year and finished last spring as an All-District shortstop/second baseman during his junior season, hitting .300 with 13 RBI and 14 stolen bases as the leadoff hitter for the Wildcats baseball program. For Austin, the commitment to a top Division I school is a dream come true.

“Every athlete that plays baseball dreams to play for a Division I college,” Roccaforte said. “I had opportunities in front of me and after prayer, God showed me the importance was not in the name, location or level, but in the coaching staff that would surround me. I felt needed, wanted and as though I was already an asset to the team. There is nothing more important than going where you truly feel welcomed.”

Adam Darvick, Austin’s Player Development Coordinator at the Baseball Factory has taken note on how hard he’s worked and how great of a fit it seems to be for his skill set and the program at Wichita State.

“It’s quite the honor. He’s made improvements throughout his high school career and dedicated a lot of time and effort to reach his goal of playing at a top notch program like Wichita State under Coach Butler. They’ve grown as a program and Austin has grown as a player. It’s a great fit.”

Roccaforte, an outstanding Baseball Factory athlete, is set to add ‘Pre-Season All-American’ to his resume for the fourth time in a matter of days as he’ll make his third consecutive trip to Mesa, Arizona and before that as a freshman at Baseball Factory’s All-American Pre-Season Rookie Tournament in 2016. In Austin’s mind, there’s a validation to the honor as a player, as everyone around him continues to see the passion he has for the game.

It’s an event – Roccaforte feels – that is a great launch pad for other young athletes like himself.

“We get to play with some of the very best from across the nation (at All-America Pre-Season). This event helps to build accountability, healthy competition and lasting friendships.”

Roccaforte’s goals are simple as he hopes to continue building on his numbers from previous Factory events, excited to see how he’s improved since his last event, the 2018 All-America Pre-Season Tournament and to help steer his high school team to another appearance in the playoffs. He’s had a busy off-season, besides the college commitment, continuing to refine his skills, working out in the gym, keeping up with his hitting and long tossing daily.

Besides his Pre-Season Tournament appearances, Roccaforte has been on a consistent path in his events, attending a College PREP event in June of 2015 and challenging himself against other good competition at Baseball Factory’s Christmas Camp and Tournament in Pirate City in December of that year. He’s improved defensively, both with range and speed, moving to show his best work in the infield at shortstop and quick hands with the ability to drive the ball all over the park with his bat.

“Austin has been dedicated to his craft throughout high school and knew he needed to separate himself from everyone else to reach his goals,” Darvick said. “It’s been great to see him grow not only as a player, but a person, maturing throughout his high school career. He gets after it, in a hotbed of talent in Houston. We’ve always recognized his talent, being a four-time Pre-Season All-American, and now Wichita State and the rest of the country will see it too.”

Combining what he learned at the College PREP event and later at Player Development events helped educate Austin on what it takes to be a complete athlete; to get it done in the classroom, giving him a well-rounded outlook as he embarks on his next journey.

“(Baseball Factory events) have helped me be a better ball player and a better teammate with players I’ve just met, but also how to be a focused student,” Roccaforte said. “Educating me on scouting, scholarships, the college recruiting process overall, NCAA rules, informational links and so much more with their year-by-year personal road map to the process. With Player Development coordinators assigned to help keep you encouraged and hold you accountable, you can’t help but to be a better person, which reflects on and off the field.”