Baseball Factory rolled into Omaha, Nebraska during the 2015 Men’s College World Series for the second session of the Omaha National World Series player development event. Training took place at nearby Iowa Western Community College in Council Bluffs, Iowa, one of the top junior college programs in the nation.

The event kicked off last Saturday, June 20th as players and staff arrived, prepared for a week of intense training, competitive game play and experiences to last a lifetime. Players participated in instructional drills such as: base running, hitting video capture, 60-yard dash, bunt drills and 1st and 3rd defense to name a few.

Overall, the Omaha National World Series session was a successful event, managing to avoid bad weather and all teams who were involved played all of their games.

The staff on hand walked players through instruction and after stretching, began drills for the players that lasted all of Saturday afternoon. After a welcome meeting on Saturday night to end the first day, the players were back out on the field bright and early on Father’s Day Sunday to stretch, run through instructional rotations and then began game play with five games between six teams. 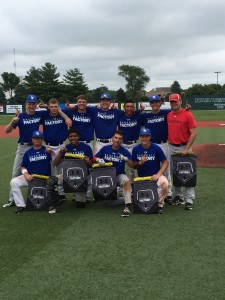 The Gauchos took home the championship with a walk-off win over the Titans.

Session 2 revealed quite an athletic group of players, and the week ended in dramatic fashion, as the Gauchos were the winners of the tournament, rallying late for a walk-off victory against the Titans.

The staff that worked hard all week were top notch for both Sessions 1 and 2 and brought tons of knowledge for the players during the week-long event. 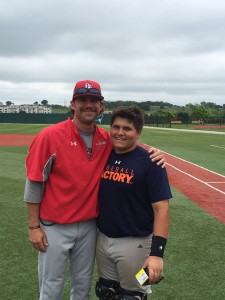 Zach Montero – Tournament MVP – During the event, Zach was an absolute grinder, catching every inning during the week and showing true team-leading capabilities. His teammates seem to really rally behind him. Montero checked in with a pop-time of 2.19 and showed solid fundamentals behind the dish.

Kyle Williams – Kyle ran a 6.69 60-yard dash and displayed excellent range in the outfield during the event. On the week, he had seven hits in 10 at-bats with three walks. 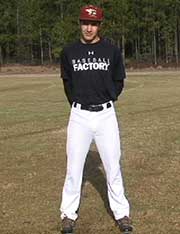 Christian Tafoya – Christian displayed smooth actions at shortstop during the event and is a switch-hitter who showed great potential from the right side of the plate but has potential to hit well from both sides. 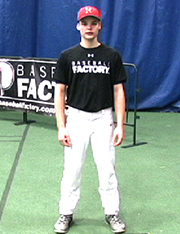 Hunter DePrimo – One of the top arms of the tournament, sat around 83-86 mph on the mound and displayed solid control. DePrimo knocked in the game-winning hit to win the championship for the Gauchos. 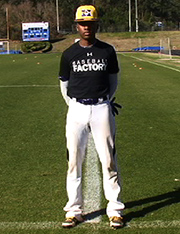 O’Rrion Bailey – O’Rion was the life of the camp, bringing some of the best energy coaches have ever seen at one of our camps. He was consistently the one to rally the troops and get the kids back on track if it seemed at times energy was slipping. On the field, he was a true leader and showed well in the outfield defensively with natural instincts in tracking balls down.

Henry Ryan – Henry will certainly be a player to watch down the road with his skill-set. Ryan finished the week, 6-for-10 with four walks.