The first time Jameson Taillon and Trevor Williams met on the baseball field as teammates occurred at the 2009 Tournament of Stars, in which both played for PONY. Little did they know that roughly eight years later, they would become teammates as members of the Pittsburgh Pirates pitching staff. Arguably the top two starters anchoring a revitalized rotation, both have had great starts to the 2018 season. 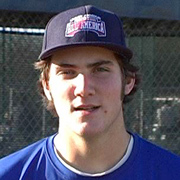 Williams at the 2008 Under Armour All-America Pre-Season Tournament

Williams, 26, has broken out in a big way to start his third pro season, with a 2-0 record and a 1.59 ERA. In his first outing against the Tigers, Williams held Detroit hitless and scoreless through six innings into throwing a no-hitter. In a “that’s baseball” kind-of-moment, Baseball Factory alum and 2009 Under Armour All-American (same year as Taillon), Nick Castellanos would break up the no-hit bid with one out in the 7th on a double after manager Clint Hurdle turned to the bullpen.

Williams’ first experience with the Baseball Factory was when he attended a National Tryout in Cathedral City, CA (2007). In January 2008, Williams played in the second-annual Under Armour Baseball Factory All-America Pre-Season Tournament. In June of that year, Williams would take his talents west to Arizona, playing in the always-competitive USA Baseball 16U Championships. One year later in June 2009, Williams played in the Team One West Showcase.

A product out of Arizona State University, Trevor Williams was drafted in the second round of the 2013 MLB Draft by the Miami Marlins. He played in their minor league system for three full seasons before being acquired by the Pirates in 2015. Williams would make his Major League debut on September 7th, 2016, pitching three innings of three hit relief, allowing an unearned run. The starter for the Pirates that night? None other than Jameson Taillon, his former PONY teammate. 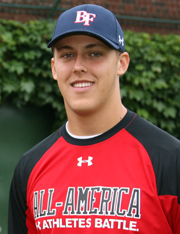 Jameson Taillon during the 2009 Under Armour All-America Game

After playing with Williams in 2009, Jameson Taillon was selected 2nd overall by the Pirates in the 2010 MLB draft. Before all of that however, he would attend three Baseball Factory events. In July 2007, Taillon attended an Under Armour Baseball Factory National Tryout in Irving, TX and the Arizona Fresh/Sophomore Fall Classic in October of that year. During his junior year, the standout pitcher from The Woodlands HS in The Woodlands, TX, was selected to play in the Under Armour Baseball Factory All America Game at Wrigley Field, on a mound where he’s made two career starts against the Cubs.

Taillon got his season start right after striking out nine in his victory against the Minnesota Twins. He followed that up with his first career shutout, a complete-game victory over the Cincinnati Reds, striking out seven and allowing one hit, garnering NL Player of the Week honors. Through his first two starts, Jameson has allowed two earned runs in 14 1/3 innings, good for an ERA of 1.24. He’s struck out 16 hitters with only two walks through his first two starts.

During PONY’s first game in the 2009 Tournament of Stars, Taillon struck out two batters in his two innings of scoreless relief. In the semifinal round is where Taillon would really shine. He would get the start, pitch five innings of one run baseball and strike out seven hitters in the process. In their final game of the tournament, the 5th place game, Trevor Williams pitched one scoreless inning of relief and struck out one batter.

At the end of this season would mark two years that Jameson Taillon and Trevor Williams have been teammates at the Major League level. Their unique and special baseball relationship can be attributed to both PONY Baseball and the Baseball Factory for the opportunities and experiences both organizations provide.