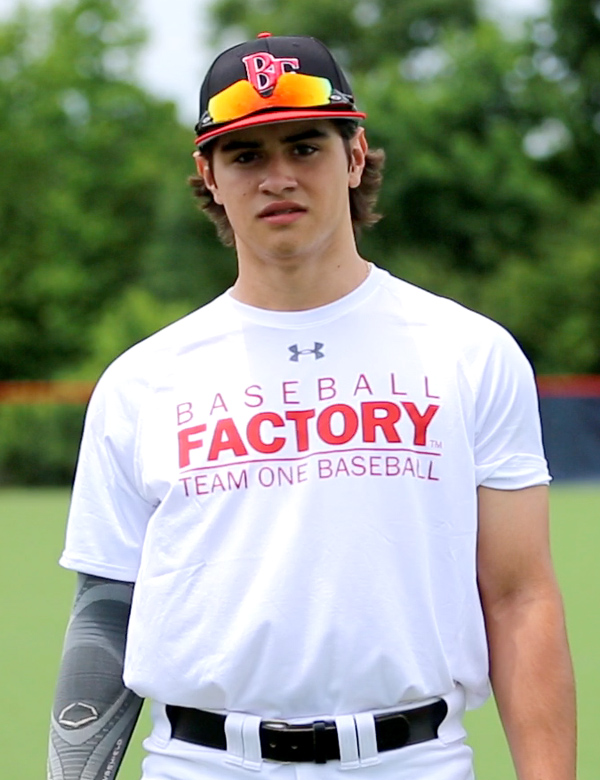 While we already wrote about the quality athletes in the infield and outfield at the Baseball Factory Under Armour Futures Texas event, several catchers and pitchers impressed as well.

Behind the plate, Ray Torres, Jr. (committed to LSU) stood out with excellent defensive actions and a strong arm. He threw to second in as low as 1.78 during the workout and showed the energy and leadership skills during the game that you look for in a catcher. Add in his aggressive RH stroke that produced loud contact in BP and you have a complete catching prospect.

Another catcher who had a big day was Nate Rombach (6’3”/210, Texas Tech commit), a strong, physical young player. That strength translated to big power with a long home run to left-center field in the game after many similar shots during batting practice (94 mph exit velocity). He added another single during the game and threw a 1.95 to the bag at second in the workout, rounding out an impressive day. 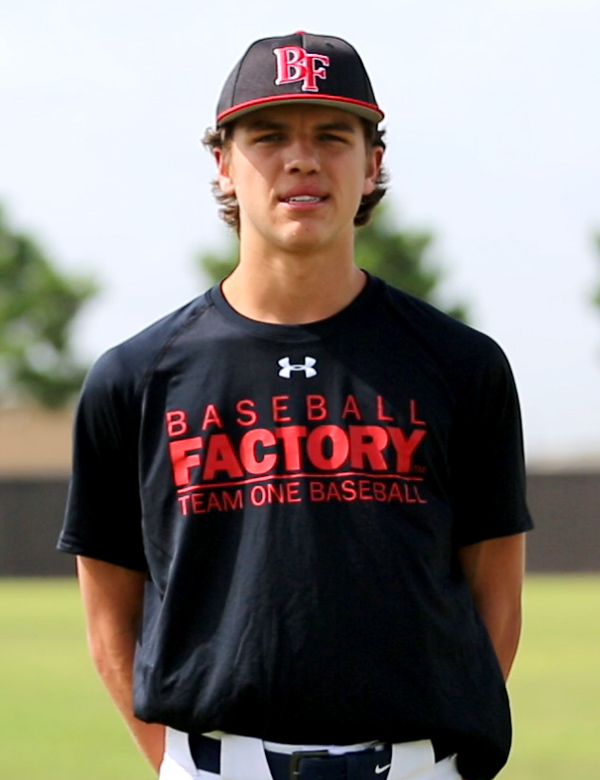 Also showing well were Kevin Ortiz and Bo Willis. Ortiz displayed an array of tools with 91 exit velocity, 89 raw arm strength, a 1.94 time to second, and a 6.87 in the 60. On top of that, he went 1-for-2 with two walks in the game. Rounding out the strong catching group was Willis (Texas Tech commit) who has a strong 6’2”, 186-pound frame and displayed easy right-handed power in batting practice.

The theme of the day on the mound at the Futures Texas event seemed to be upside.

Right-hander Blake Mayfield, a Texas A&M commit, started the game for the White team and performed well showing an athletic delivery and a full, easy arm stroke. His fastball gets on hitters in a hurry, and it’s easy to project more velocity in the future. His breaking ball is a mid-70s offering, has downer action to it, and works as a swing-and-miss pitch for him.

Another RHP whose fastball seemed to explode at the plate was Andre Duplantier (committed to University of Texas). He is a strong, athletic two-way player with a high ceiling on the mound. Two other RHPs to keep an eye on were Trey Valka and Tim Wynia. Both have projectable 6’3” frames with upper 80s velocity and more to come. Valka (University of Arkansas commit) also ran a 6.75 in the 60 and had advanced feel for his change-up, while Wynia (University of Oklahoma commit) had natural sink to his fastball. 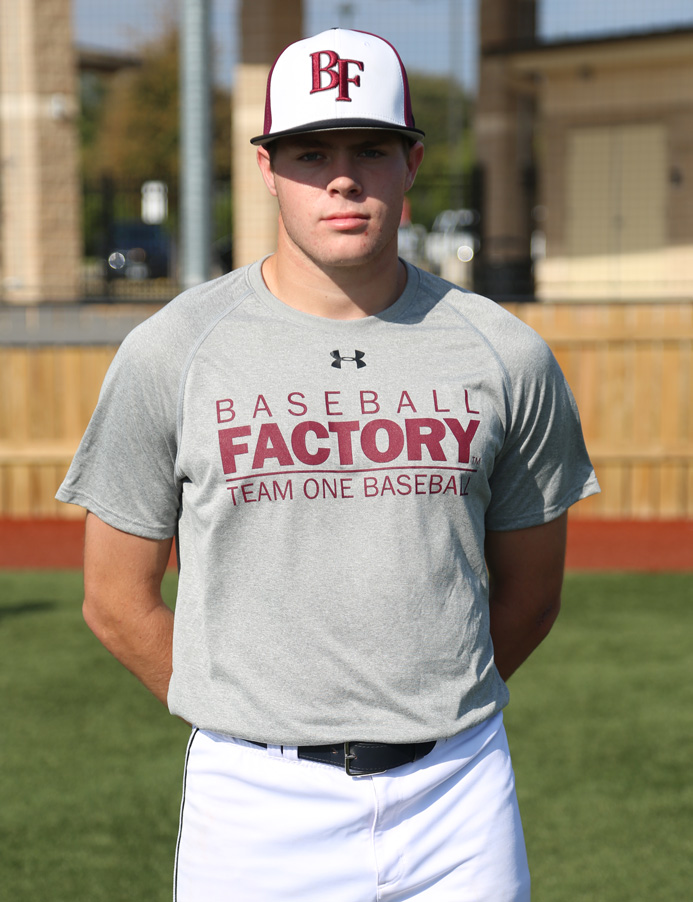 The hardest thrower of the day was 3B/RHP Chandler Freeman, who is committed to Dallas Baptist. Chandler touched 92 mph with a short, quick arm stroke and an aggressive approach. He attacked hitters with his lively, tailing fastball and put them away with a two-plane slider that he threw consistently for strikes.

Three more lefties also stood out. TCU commit Bryson Lucas started the game for the Grey team and pitched very effectively. He had good tempo, a clean arm, and some natural cut from his high arm slot. He commanded both sides of the plate, touching 88 mph. Jakob Berger (committed to Dallas Baptist) also had a quality outing. His delivery is clean and coordinated, generating upper 80s velocity without a ton of effort. His curve had good tilt and he landed it consistently for strikes, using it as an effective out-pitch. Finally, 2020 two-way player Austin Weaver made a positive impression throughout the event. His 6’4”/195-pound frame is athletic, and his arm is very quick. While he still needs refinement, his fastball jumps on hitters with the ball coming out of his hand well. In addition, Austin went 2-for-3 at the plate with a double.

Texas always seems to produce quality high school pitching, and it appears that the 2019 will be no different.