It seemed like there was no end to the impressive pitchers that took the mound at The Chuck in Peachtree City, GA last week during the Team One South Showcase. 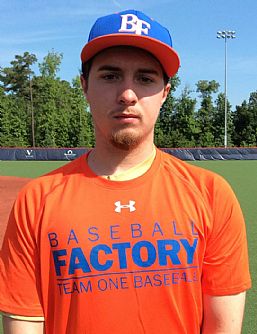 One after the other – physical young athletes toed the rubber and delivered quality stuff in front of scouts, coaches and parents in attendance. 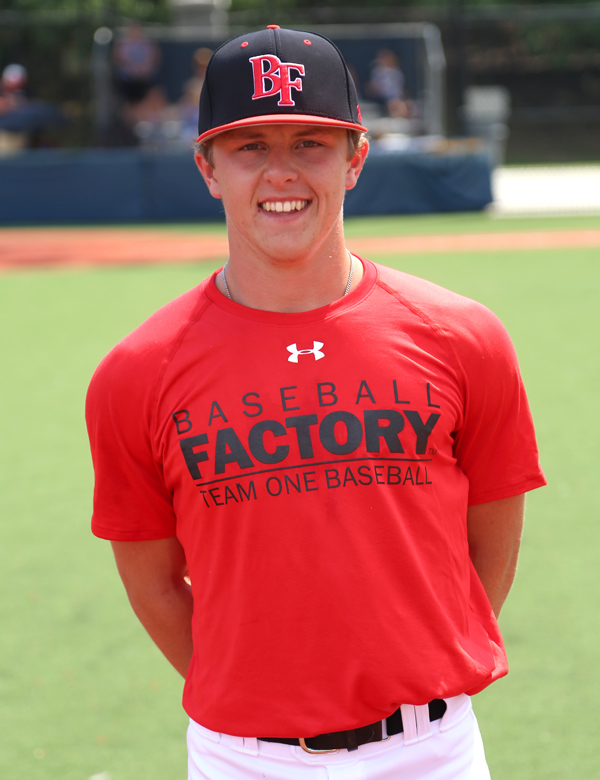 The event began with LHP Cam Guarino (Falmouth, ME) doing what we see from him every time he pitches – retire opposing hitters. While he doesn’t light up the radar gun, he used command of his three pitches to retire 9 of the 10 hitters he faced. Also in the first game was athletic RHP Nolan Crisp from McDonough, GA who is a 2019 grad and used an athletic delivery to run his fastball up to 89. The first game also featured intriguing 2-way players who pitch and play the infield in Ben Casparius (Westport, CT/UNC Commit) and Addisyn Coffey (Albany, IN). Both showed well as pitchers and position players thanks to quick arms and athletic actions.

Other day 1 arms that impressed were Caleb Sloan and Garrett (Hunter) Ruth (Gainesville, FL/South Carolina Commit) who threw back-to-back. Sloan (Centennial, CO/TCU Commit) proved to be the hardest thrower at the event flashing a fastball up to 94 mph. He complemented that with a tight slider and pounded the strike zone. Hunter used a clean fluid arm stroke to sit 90-93 and set down 9 of the 10 hitters he faced. 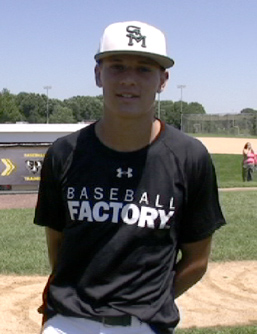 Another big RHP who threw on the first day was Joe Boyle (O’Fallon, MO/Notre Dame Commit) battled command issues but showed a lively low 90s fastball from his 6’6” frame. Fellow RHP Billy Sullivan (New Castle, DE/Delaware Commit) pounded the strike zone with an impressive fastball/curve/change combination. University of Miami commit Christopher McMahon (West Chester, PA) showed loose, easy arm action to run his fastball up to 91 and his repeatable delivery led to a quality breaking ball and changeup. A pair of left-handers also showed well on the first day of games. Eric Heatter (Jamesburg, NJ) used sound mechanics and a compact delivery to strike out 5 of the 10 hitters he faced while Caden O’Brien/UNC Commit) used deception and quality stuff to get outs.

Day 2 brought more of the same with big RHPs again leading the way. 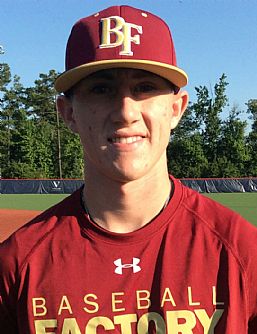 Ben Jordan (Olive Hill, KY/Kentucky Commit) stands 6’9” and threw all three of his pitches with serious downhill plane inducing lots of ground ball contact. Thick RHP Shane Muntz (Phoenixville, PA/Wake Forest Commit) showed power in BP on day 1 and power on the mound with an upper 80s fastball and tight slider. Tall and lean Mark DeLuia (Flossmor, IL/Maryland Commit) attacked the strike zone with a tailing fastball that got on hitters in a hurry. He has very good feel to pitch. Another RHP with excellent movement on his fastball and the ability to get hitters out was LSU commit Devin Fontenot (Conroe, TX). This tailing fastball and sharp breaking ball led to two nearly perfect innings. One of the most uncomfortable at bats of the event for right-handed hitters came against Jeff Criswell (Portage, MI/Michigan Commit) who had big tailing life to his fastball and hard ¾ tilt to his breaking ball. At 6’3”, 185 with a loose, quick arm, expect his fastball to move even higher than the 91 mph he hit in that outing. 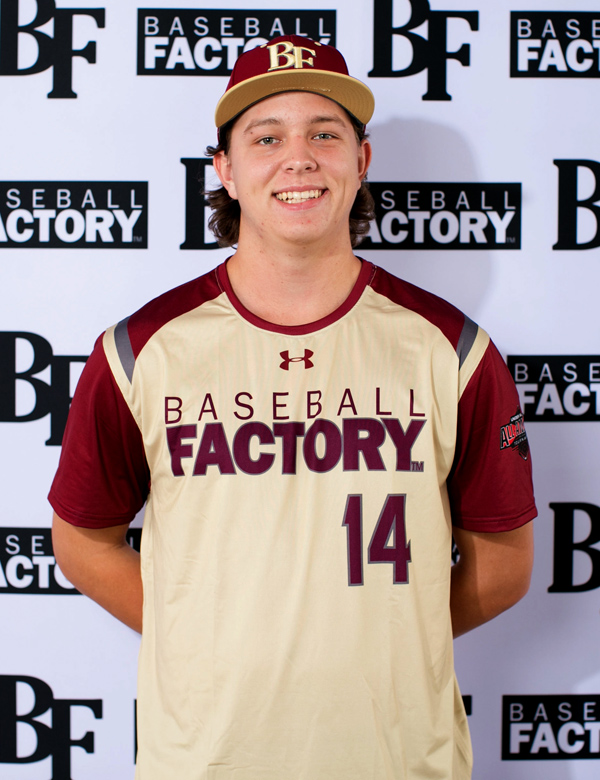 A trio of RHPs who threw on the second day, stood out for their advanced ability to pitch. Two-way player Brian Morrell (Wading River, NY/Notre Dame Commit) ran his fastball up to 90 and had confidence in his off-speed offerings. He is athletic on the mound, as is Bryce Jarvis (Franklin, TN/Duke Commit). Jarvis throws strikes with 3 pitches, is very poised on the mound and gets good plane to each of his offerings. Luke Drummond (Temple Terrace, FL) joined the list of strike throwers with a quick arm and good finish to his pitches. He topped out at 91 mph and had good tilt on his curveball.

Finally, two LHPs showed dominant stuff on the final day of games. Tommy Sheehan (Manasquan, NJ/Notre Dame Commit) sat down all 10 hitters he faced including 7 via strikeout. He threw his fastball, which was 88-90, to both sides of the plate and used his curve and change effectively. Another lefty who was dominant was Jacob Heatherly (Cullman, AL/Alambama Commit). His fastball exploded on hitters from an easy, low effort delivery and his breaking ball had good ¾ tilt with depth. Both should have bright futures.

By the time the event had ended over 40 quality arms had taken the mound. While others threw well, the pitchers mentioned above caught the eyes of our scouts and showed the potential to pitch effectively at higher levels in the near future.