Aside from those All-Stars, top prospects and former first-rounders Riley Greene, Jarred Kelenic, Taylor Trammell, Kyle Tucker and more look like the next group of left-handed hitting high school outfielders that will turn into impact major leaguers. The depth of that demographic in the 2020 class is one of the things that makes this draft group so exciting.

At the Under Armour All-America Game, Baseball Factory scouts and coaches got an up-close look at six of the top left-handed outfielders in the class – and they were very impressive.

Under Armour All-America Home Run Derby Champion Austin Hendrick has the best raw power in the class and he continues to show a natural, rhythmic stroke and the defensive profile to play right field at the highest level. 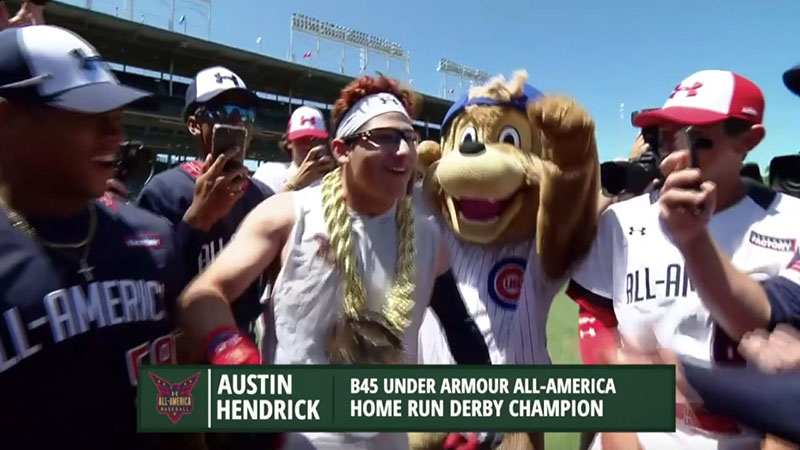 Perhaps the best hit/power combination in the group is Zac Veen out of Port Orange, Florida. Veen showed a clean, efficient stroke in Chicago with big, easy power. 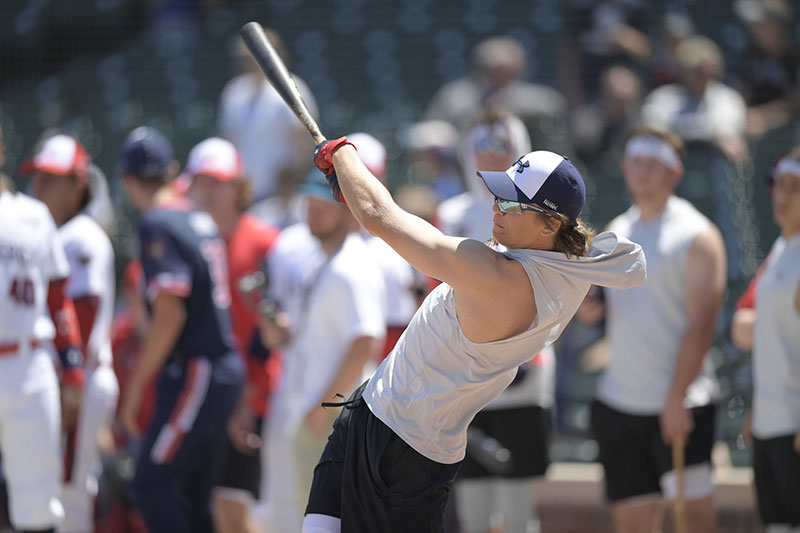 The well-rounded Pete Crow-Armstrong is another lefty in this group with the chance to go very high next June. He is a true center fielder with the ability to go get it in the outfield with excellent bat-to-ball skills and pitch recognition at the plate. 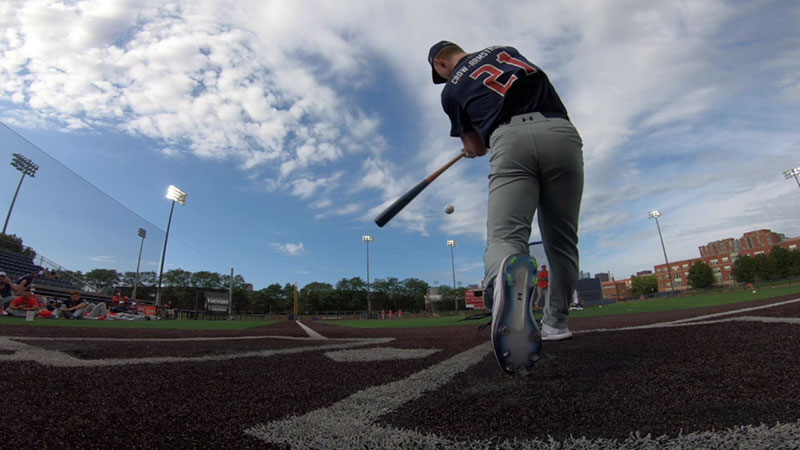 Another player, who like Crow-Armstrong, has a track record of production is Tennessee’s Robert Hassell. He seems to have a quality at bat every time he steps in the box, and he brings an excellent set of tools to the table. 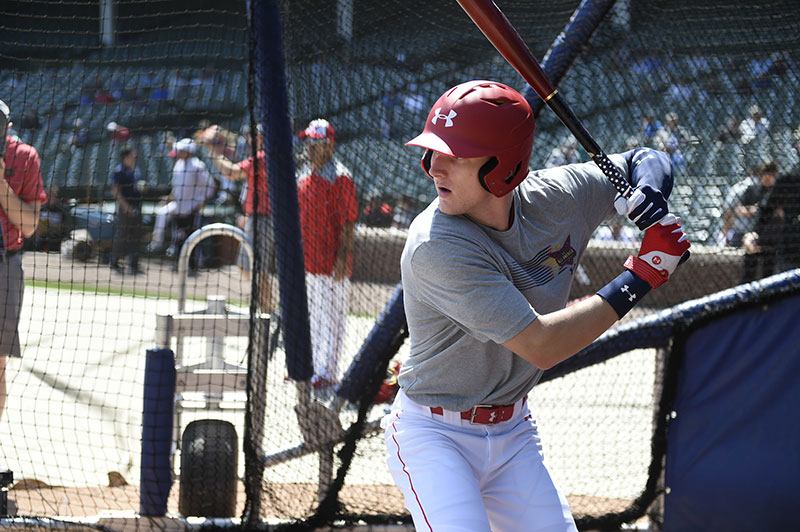 Perhaps the prettiest swing in the class belongs to Jace Bohrofen. He doubled deep into the right center field gap at Wrigley and showcased his fluid, effortless swing throughout the workouts as well. 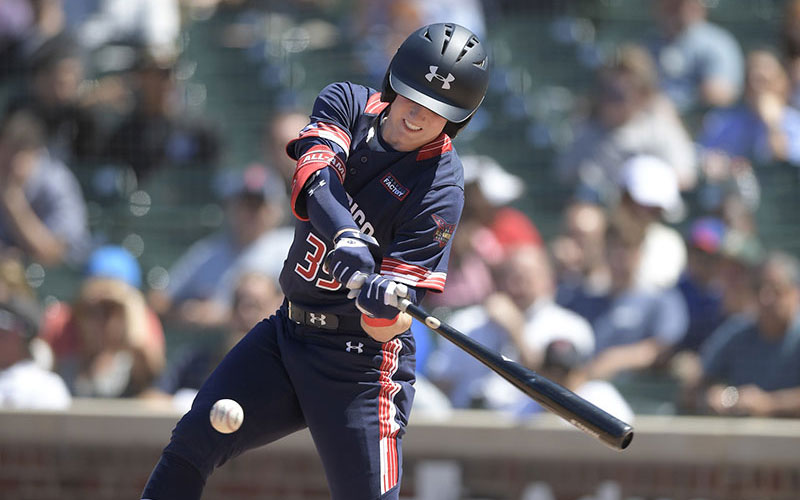 Rounding out the group from the All-America Game is Slade Wilks. With an aggressive approach his plus bat speed and pull power have been on display every time we have seen him perform. 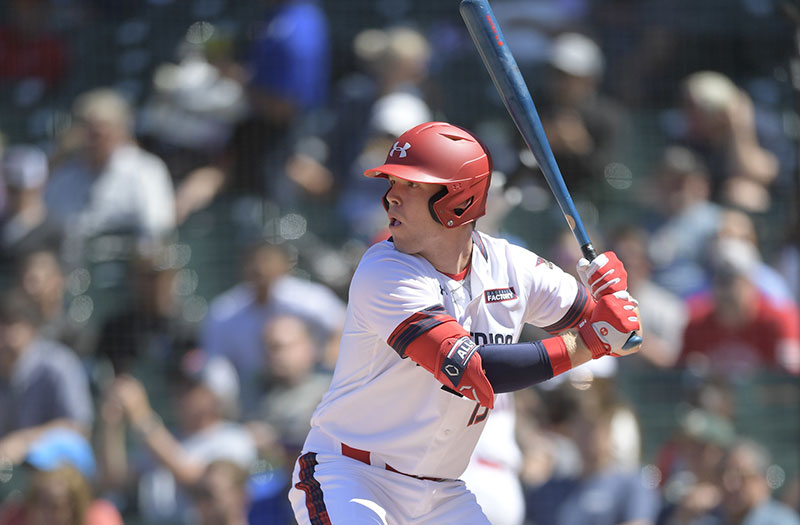 The list of high-level 2020 left-handed hitting outfielders does not end there. There are plenty of similar prospects that merit a close follow.

Elijah Nunez has true centerfield defensive ability and a natural, rhythmic swing. Enrique Bradfield is another speedster who can patrol center and brings excellent contact skills. Pure hitters Eddie Park and Petey Halpin – both from California – have a long track record of hitting quality pitching and should have big spring seasons.

Finally, there are some high-projection players that fall into this group like Chase Davis who has an excellent mix of tools, the emerging Isaiah Greene, Florida native Nolan Schanuel, with his natural and productive swing, powerful Josh Shuler and Barbe High School’s (Louisiana) Brody Drost, who showed his power potential with an in-game homer at the Under Armour Baseball Factory Texas Showcase in June.

Overall, this demographic, which is plentiful in the 2020 class, has a history of success and it would come as no surprise to see several of these young prospects drafted in the first round of the 2020 MLB Draft next June.