Alex Toral is set to return to the 2016 Under Armour All-America Game on July 23 at Wrigley Field in Chicago. His combination of hitting ability and usable power are second to none in the 2017 class. After a strong performance as an underclassmen in 2015, he is looking to do even more damage in 2016. 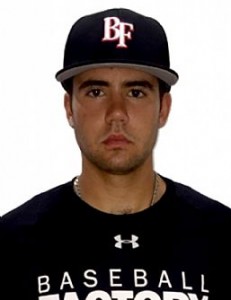 2017 1B @AlexT_20 set for return trip to UA Game at Wrigley on July 23. #UAALLAMERICA https://t.co/0eSFWbWESN pic.twitter.com/3VRUdMbptN

PREVIOUS SCOUTING REPORTS:
We first saw Toral in September 2013 as a member of South Florida Elite Squad 2017 at the Under Armour Fall Classic in the Underclass division. At the time, he had yet to play a single HS game, but already showed the makings of hitting ability AND raw power.

About a year-and-a-half later, on the day we saw Toral at the College PREP Program in Delray Beach, he was one of 7 Division I commits at the ballpark — making for one of the most impressive displays of talent we’d see all year. That day produced two Under Armour All-Americans (Toral along with Gregory Veliz). His scouting report appears below:

Big, physical 2017 player that has a strong mature body. Left-handed bat is carrying tool with a simple, clean stroke that has very good leverage to it. Ball jumps off his bat, he is comfortable driving balls gap to gap with lots of raw power when the ball is lofted. His natural stroke is more suited for deep line drives, where he cuts the ball in half – though he did hit a few big BP home runs. Very few holes in his swing for a young hitter.

Adequate defender at 1B, hands are decent and feet work well enough. He makes adjustments with the glove and has a feel around the bag. He has a chance to have a premium power bat.

About six months later, in August 2015, Alex suited up at Wrigley Field in Chicago.

One of the two underclassmen in the 2015 Under Armour All-America Game, Alex Toral more than held his own. He showed an advanced combination of hitting ability and raw power, highlighted by a low effort move capable of accelerating the barrel through contact — a move that regularly produces hard contact in BP and against quality live arms. His defensive actions are loose and fluid, and he plays low to the ground with sure hands at first base.