This week we continue to highlight outstanding performances from Baseball Factory alumni at all levels of college baseball. We’ll start with the amazing night that former Baseball Factory All-American Kevin Sim had to power his University of San Diego squad to a victory over Dallas Baptist. 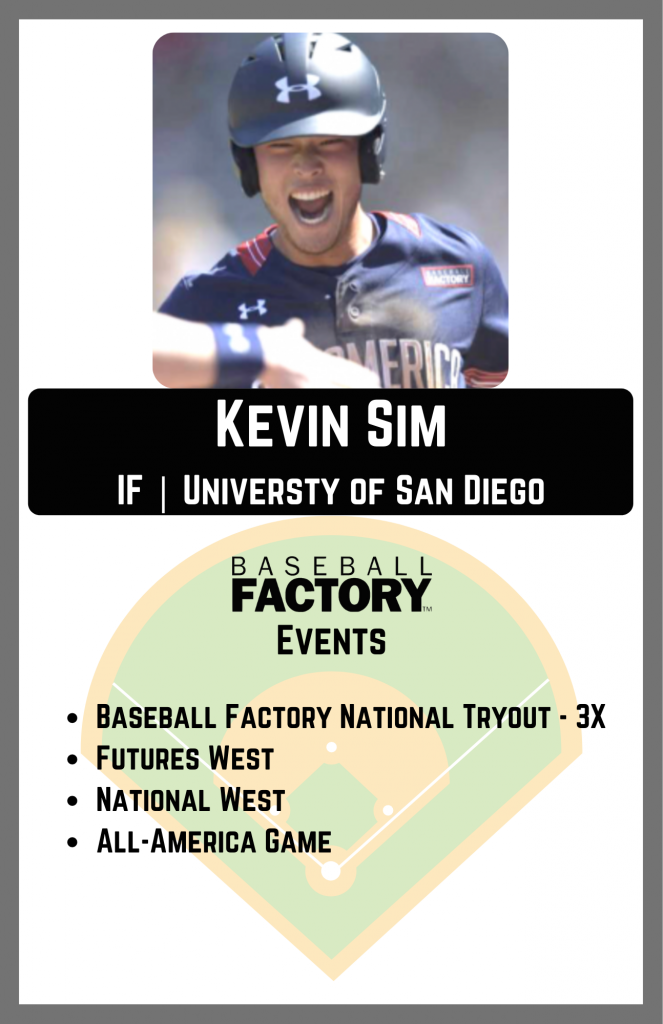 PERFORMANCE: In leading the University of San Diego to a 9-8 victory over Dallas Baptist last Friday, Sim went 5-5 with 2 HRs and 7 RBI. He hit his 2nd HR of the game in the bottom of the 8th to draw the Toreros within a run, but they found themselves down by 2 again when Sim stepped to the plate with 2 outs and the bases loaded in the bottom of the 9th. His bases clearing double walked it off for USD and ended the historic night for the sophomore. 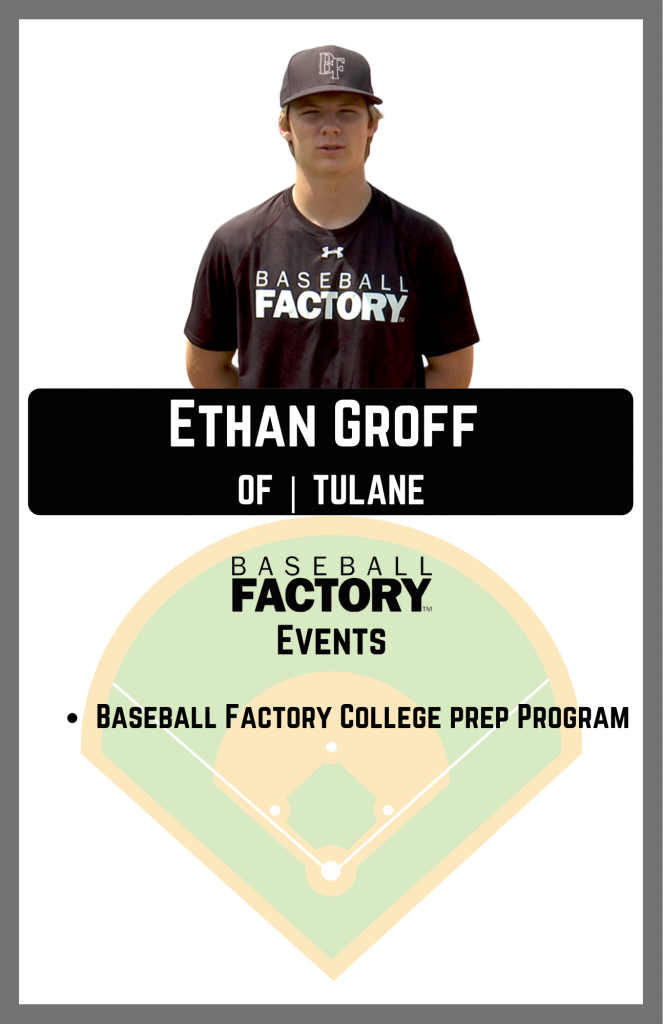 PERFORMANCE: Tulane’s Ethan Groff was named the AAC Player of the Week for the 2nd consecutive week! His monster 11-17 week included a walk-off HR in one of the Green Wave’s two victories over defending National Champion Mississippi State over the weekend. Ethan is now hitting .475 on the season with an OBP of .585, and is a big reason why his squad cracked the Top 20 this week. 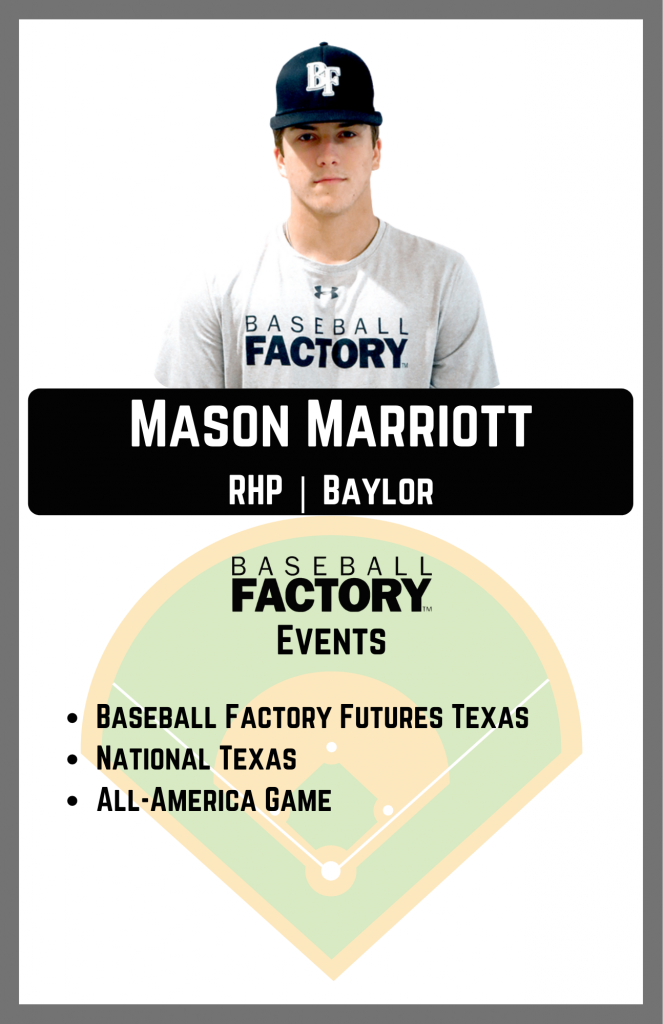 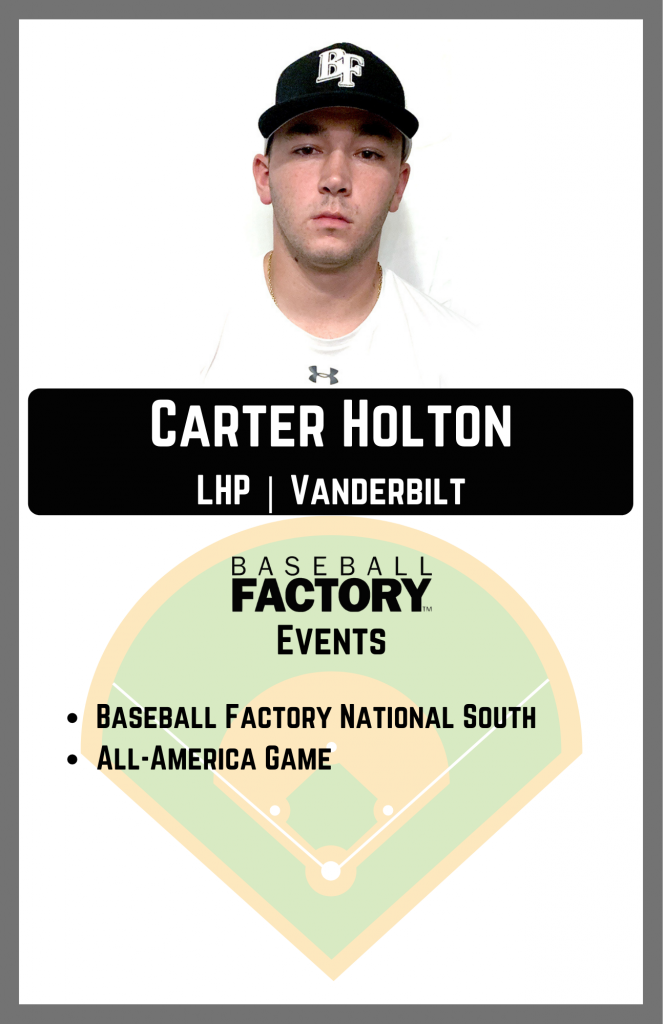 PERFORMANCE: Former teammates at the 2020 Baseball Factory All-Star Classic both excelled on the mound. Freshman Mason Marriott seems to have taken over the closer duties for Baylor and earned saves against both UCLA and LSU at the Shriner’s Classic over the weekend. Vanderbilt’s Carter Holton also excelled on the mound where he went the distance to beat Hawaii, striking out 9 in his 7 innings pitched. He pushed his record to 2-0 for the season. 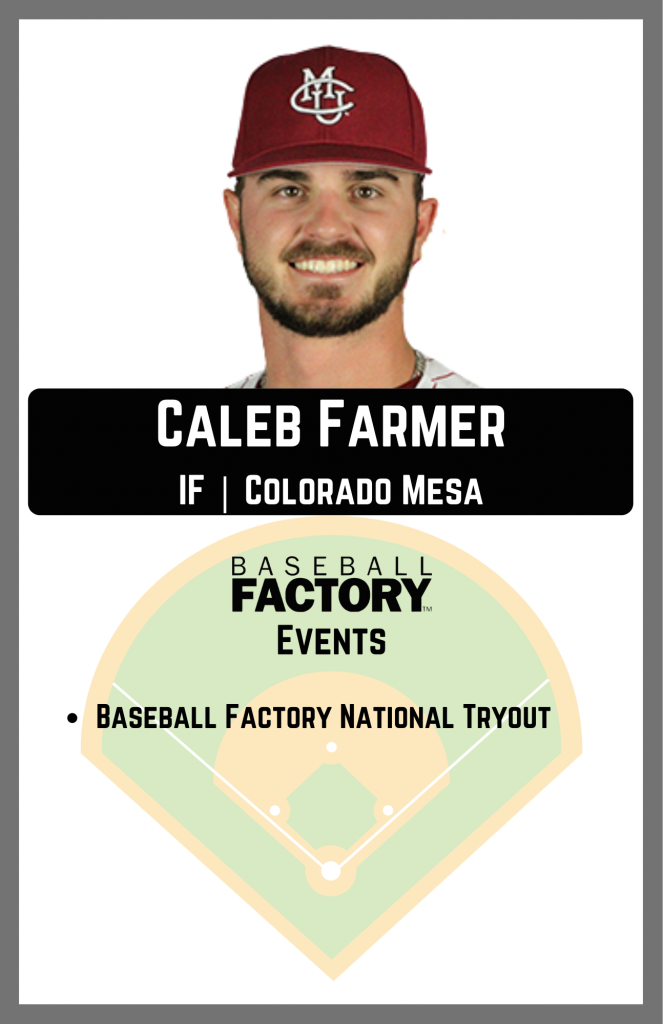 PERFORMANCE: Caleb Farmer has been on fire for Colorado Mesa. In a 4-game sweep of Adams St over the weekend Caleb had 2 doubles, 4 home runs and drove in 8 runs. He’s hitting .422 on the season with 11 HR and 28 RBI. 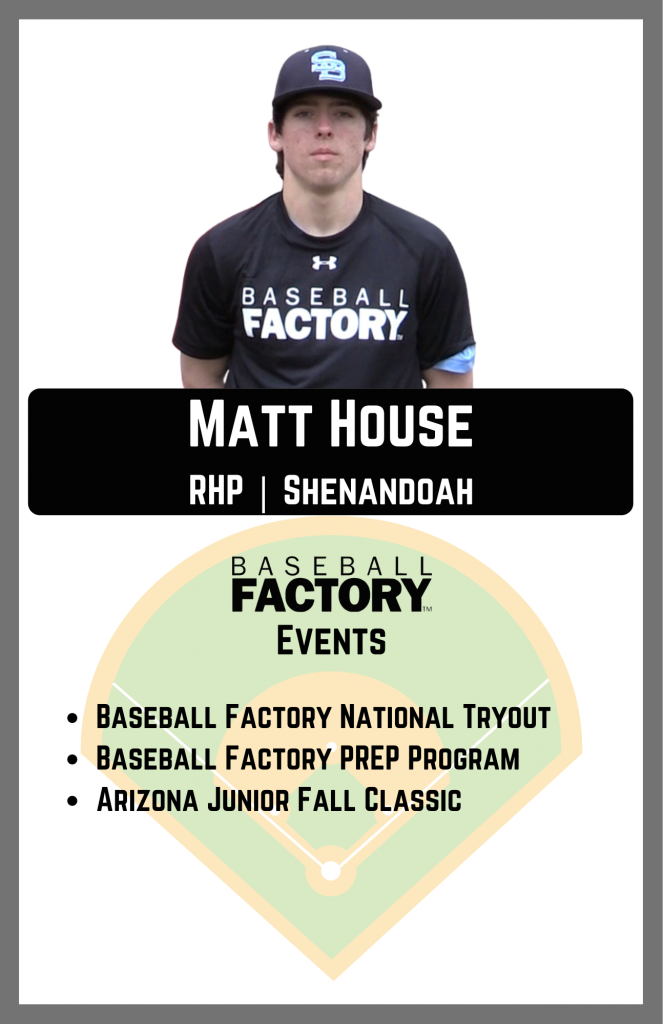 PERFORMANCE: Matt has been a major reason why Division III Shenandoah is off to a 10-3 start. In 6 appearances on the mound, House is 1-0 with 4 saves and has yet to allow a run. 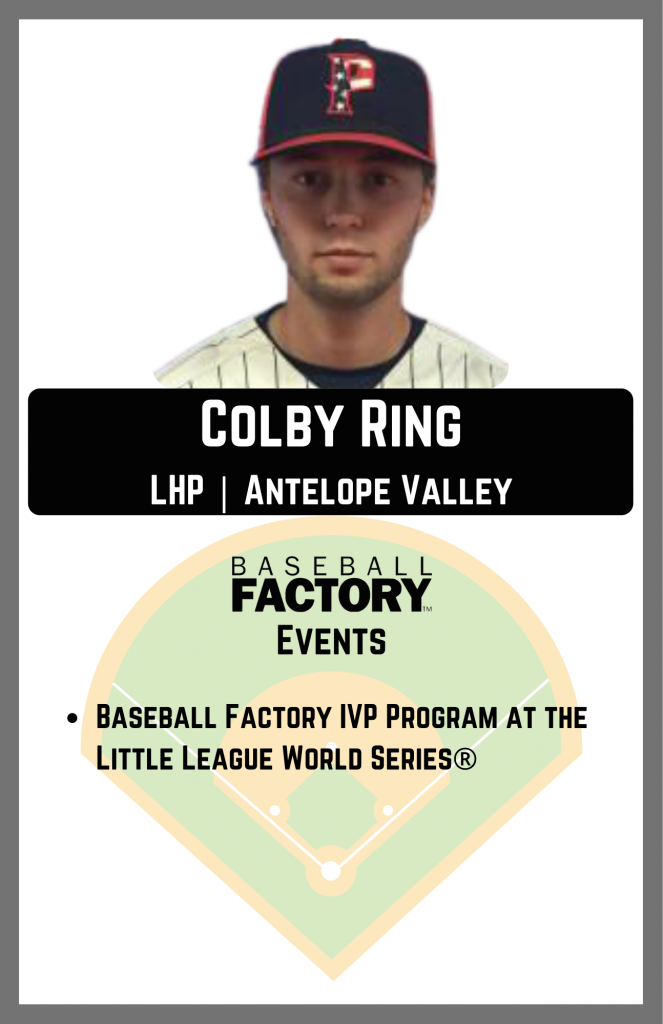 PERFORMANCE: We first saw LHP Colby Ring way back in 2011 while filming and evaluating players at the Little League World Series. He was representing Canada in Williamsport at the time and last week he was selected the NAIA Pitcher of the Week. The talented lefty for Antelope Valley no-hit Bethesda University of California, striking out 11 in the 7 innings. 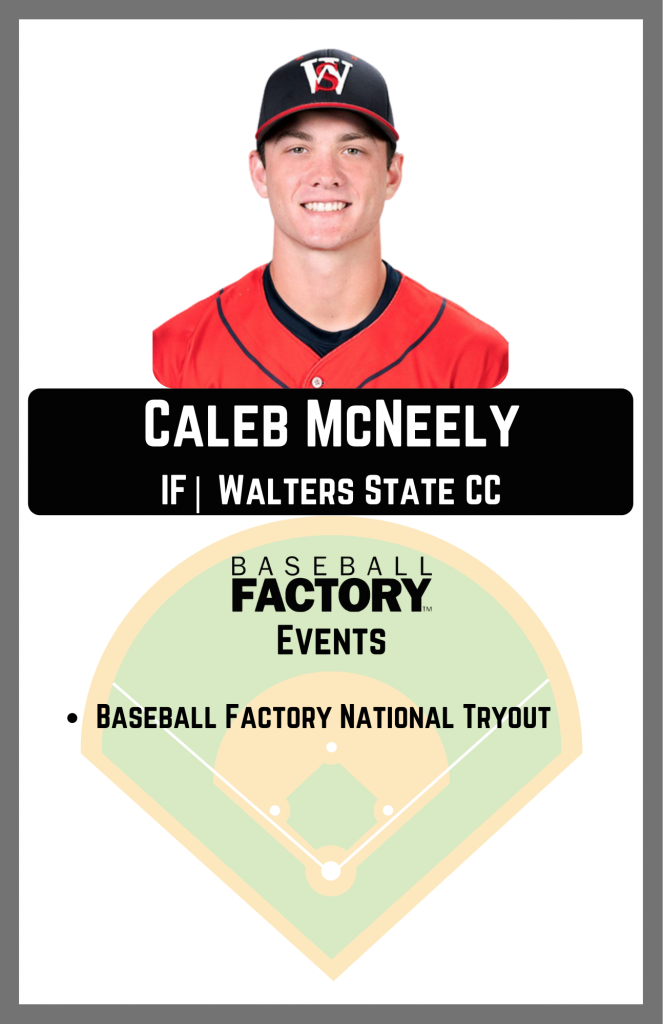 PERFORMANCE: Caleb McNeely has been swinging a hot bat while helping to lead Walters State to their #1 national ranking. Caleb is slashing .426/.567/.882 with 8 homers and 23 runs driven in.