The 2020 class at the Under Armour All-America Pre-Season Tournament was filled with quality prospects, displaying impressive tools. Here are a few that stood out to our coaches and scouts for their abilities, performance and overall prospect potential. Included in this list are eight prospects currently uncommitted. 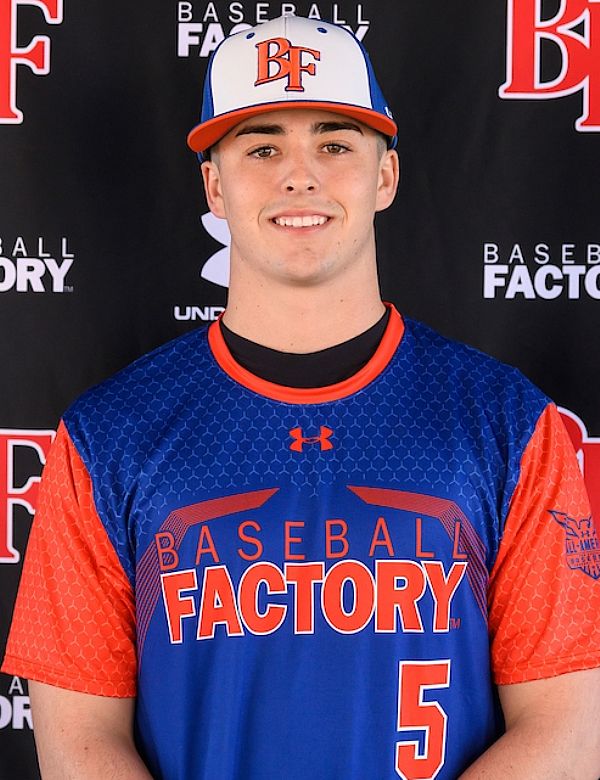 Trace was one of the top catchers in attendance at the Under Armour Pre-Season Tournament. He has a loose, natural right-handed swing that does damage (four hits in games and 94 mph exit velocity), and he is polished behind the plate with arm strength (92 mph raw velocity).

Athletic behind the plate, Courtland is very good on balls in the dirt and has a quick release that led to times to second base as low as 1.93. He also showed barrel accuracy at the plate and some pop (89 mph exit velo).

A physical presence behind the plate, Jordan showed a complete all-around game out in Arizona. He was 1.93 to second in the workout, received well and hit the ball hard to all fields.

Jackson has a thick frame with present strength and showed feel behind the plate. He threw to second in 1.95 in the workout and showed a controlled, coordinated swing and plate discipline.

Athletic behind the plate, Caleb is a versatile young player who can play several positions. He received and blocked very well behind the dish in Arizona, and showed an advanced approach at the plate that led to a triple in the game and a 92 mph exit velocity in the workouts.

David flashed some of the loudest tools of all the catchers at the event with 91 mph raw arm strength and a 94 mph exit velocity. He also showed gap power with a double to deep left center in the game.

Hudson is an intriguing young prospect with a strong frame and present power. He registered an exit velocity of 97 mph and hit several balls hard in game play to go along with a solid defensive workout. 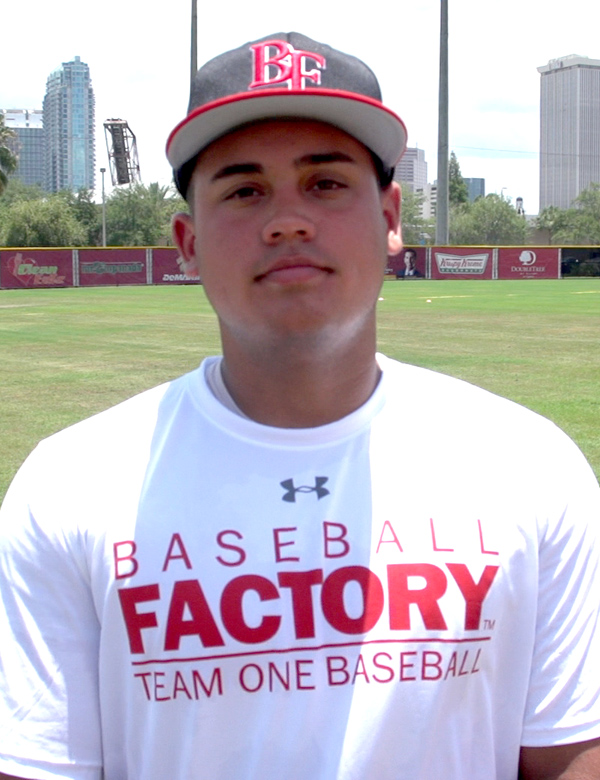 Jason had an outstanding showing in Arizona that included a 2-for-3, two-walk game performance at the plate and 1.90 time to second in the workout. Mix in strong blocking and receiving skills, 92 mph arm strength and a 95 mph exit velocity and it’s easy to see why Roberts turned in an impressive weekend.

With a strong frame and quality play during the games, Luis impressed at the Baseball Factory Pre-Season Tournament. He went 2-for-4, with a double and two walks in the games, showing the ability to use the whole field. He’s solid behind the plate and showed well at third on the defensive side.

Ruiz again showed that his strength translates to hard contact and power potential. He registered an impressive 96 mph exit velocity, used the entire field well, and threw out a runner attempting to steal on him.

Carter was on base in 4 of his 7 plate appearances and the left-handed hitter took a quality batting practice during workouts. He also was 1.93 to second and was excellent on balls in the dirt to round out a good showing in Arizona. 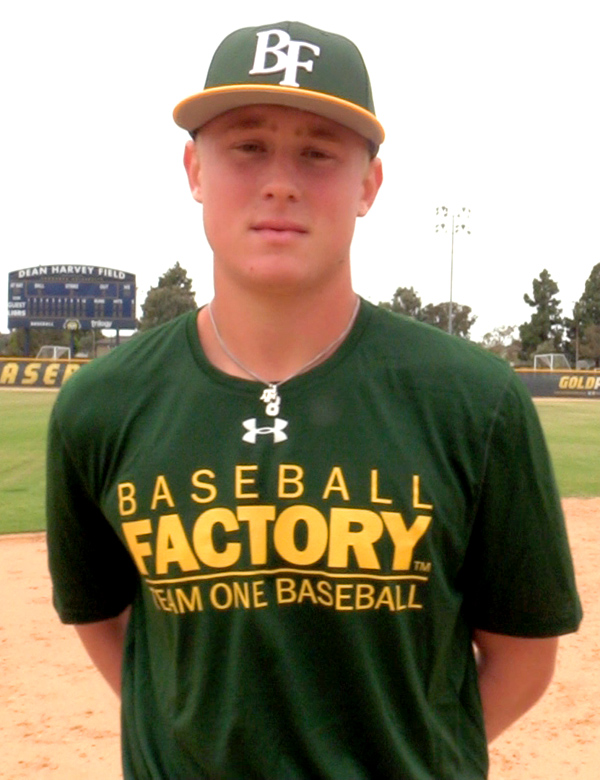 Kimble continued to show that he is one of the best catch and throw guys in the entire 2020 class. He has a strong, accurate arm (92 mph raw velo) with a quick release, and registered a 1.79 time to second in workouts. He also took a strong BP and added two hits in games at the Under Armour Pre-Season event.

Charlie was very good in all facets at the Under Armour Baseball Factory Pre-Season event. He had an RBI double in the game and handled the pitchers very well. Athletic with a feel for the game, his measurables were among the best across the board – 1.89 to second, 94 mph exit, 88 mph arm and 6.91 in the 60.

Ulrich was quick and athletic behind the plate with sure hands and an accurate arm (87 mph raw arm velocity). He also showed a short, quick line drive stroke during batting practice.

Tanner posted some solid measurables out in Arizona with a 6.97 time in the 60 to go along with 91 mph exit velocity and 86 mph raw arm strength. He is more advanced swinging from the right side where he has rhythm and a good move through contact.