Here are the Top 10 2017 grads from the Under Armour All-America Pre-Season Tournament, held last month in Mesa, Arizona based on Baseball Factory coaches and scouts opinions.

Josh was one of the pleasant surprises of the Under Armour All-America Pre-Season event, as he had a very impressive outing on the mound. His arm action is extremely clean and quick generating a fastball that has life and was 87-to-90 mph. The ease with which he does it makes us believe that there is more in the tank. He got ahead with the fastball and finished hitters off with his sharp 3/4 tilt breaking ball that had hard, late break. It worked as a swing-and-miss pitch and should continue to be effective at higher levels. Add in a solid change, and Josh showed a 3-pitch repertoire that will work as a starting pitcher at the next level. Committed to Concordia, Josh should be a close follow this spring leading up to the MLB Draft. 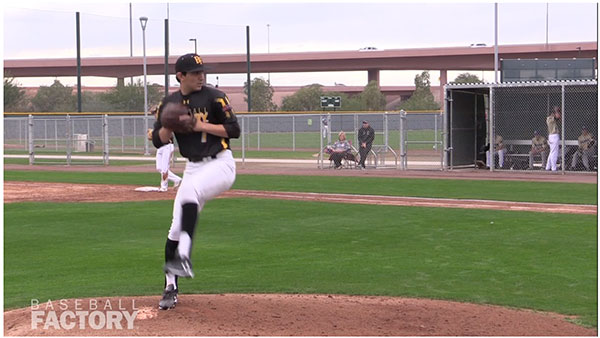 Joab is an athletic shortstop prospect who is one of the top defenders in the 2017 class. He has smooth actions with a quick first step and outstanding soft, sure hands. He is natural in the field and finishes plays with plenty of arm across the diamond. He plays low and confidently showing the ability to make all the plays. At the plate Joab is balanced with quick hands and excellent eye/hand coordination. He makes a very good move through contact and handles the bat well. This should be a big spring for Joab who will command a lot of attention at the Puerto Rico HS and Baseball Academy. 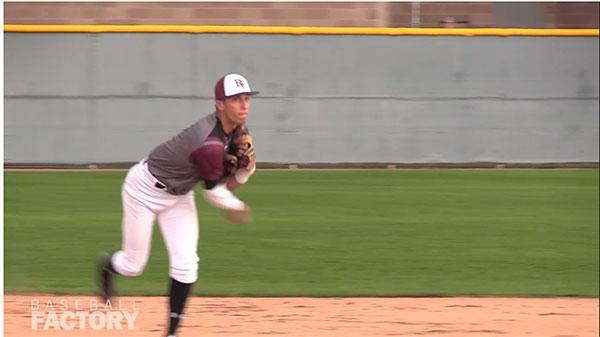 Collin is a projectable RHP prospect who we have had the pleasure to watch develop over the last few years. On the mound he attacks the strike zone and changes speeds effectively, showing a loose, quick arm action from a high 3/4 slot. Collin commands his lively fastball well, and we have seen it up to 90 mph in the past. He mixes in a late breaking 12-6 curveball he can locate and a deceptive changeup with good movement, as well. Committed to Oklahoma, Collin has made himself into an outstanding young pitcher. 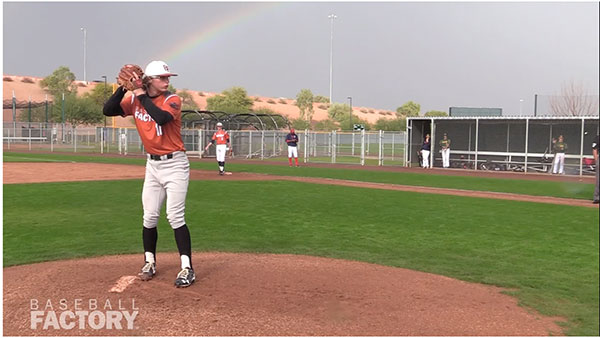 Allbry is an exciting 6’5/205-pound switch-hitting OF with measurables and tools that are rarely found. He displayed an ability to handle the barrel from both sides of the plate – spraying the ball to all fields. His moves to hit are smooth and fluid and he stays on-plane with the barrel. In the OF, his closing speed is strong and he has good, quick rhythm through plays with quick release. His arm plays at a very high level with excellent carry. The Xavier commit could gain some draft momentum this spring. 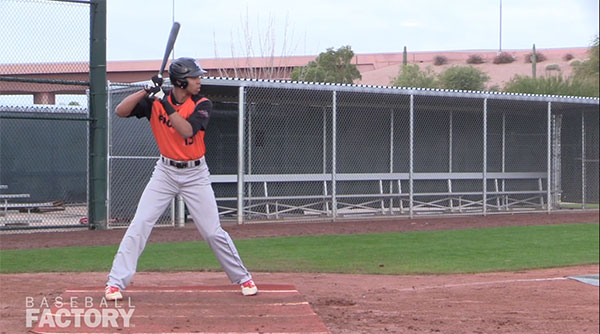 The San Jose State commit was extremely impressive in Arizona. He is in total control each time we see him on the mound, and this was no exception. His coordinated, repeatable delivery and clean arm lead to a high volume of strikes. He is confident and aggressive with his fastball that lives in the mid 80s with late tailing action. Clayton’s off-speed offerings include a curve with 2-8 shape and a promising change. Overall, this is a polished LHP with great feel to pitch and the look of a weekend starter down the road. 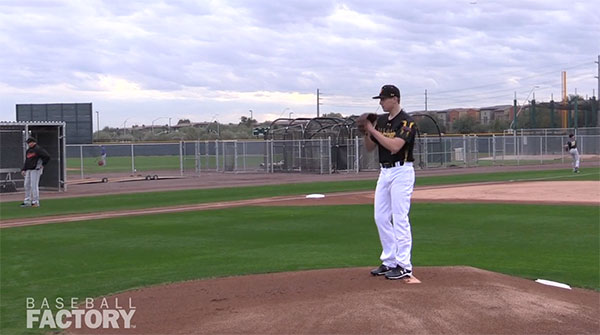 Fitting the newer mold of tall, lean catchers, Combs (6’4”/205) has an advanced all-around game at a premium position. Despite the large frame, he is very flexible and athletic behind the plate with solid receiving skills and the ability to block balls in the dirt. With an efficient exchange/release, Scott gets the ball to second base in the low 2.0s, and he consistently puts the ball right on the bag both in workouts and games. At the plate, Scott displays a balanced setup with quiet/simple actions. With excellent head discipline, he finds the barrel with regularity and has a line drive path. Committed to Michigan State, Scott looks to have a bright future behind the plate. 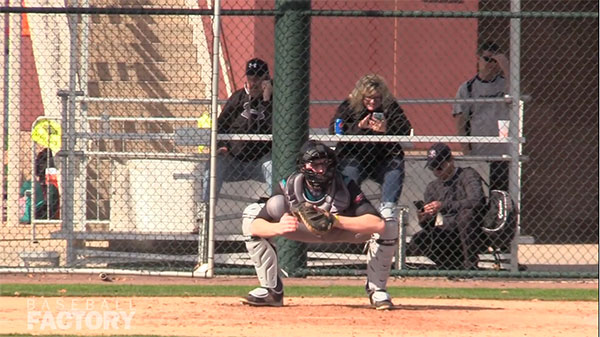 Braiden is a SS who is a quick-twitch athlete and plays the game fast. He has tremendous straight-line speed (6.50 60 time) as well as lateral quickness allowing him to have plus range in the IF and to challenge the defense as a hitter and baserunner. He picks hops well in the field, has sure hands, and gets rid of the ball quickly. At the plate, he’s a left-handed hitter with good strike zone discipline and quick hands that deliver the barrel with authority. Braiden has the look of a lead-off hitter that plays in the middle of the field at the next level – a sought-after commodity. 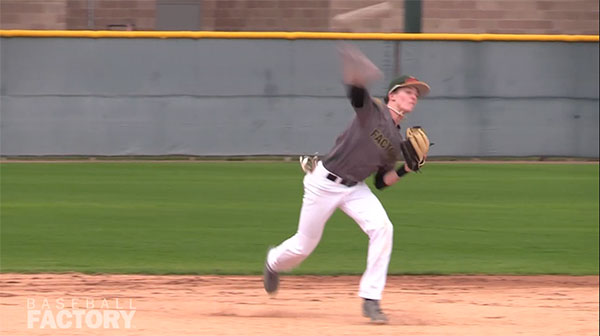 At 6’4”, 175 pounds, the long, lean Turner is just scratching the surface of his ability. He currently sits in the mid 80s, touching 87 mph with his fastball that comes from a ¾ slot and is very difficult for hitters to see. He hides all of his stuff well and gets late tail to his fastball. His breaking ball is more of a slurve that has tight rotation and, at its best, dives across the plate toward the back foot of right-handed hitters. Matt also turns over a change that has good arm speed. He struck out seven in his outing and none of the hitters seemed comfortable. Matt will continue to make strides, has the type of ability that could allow him to pitch for a long time. 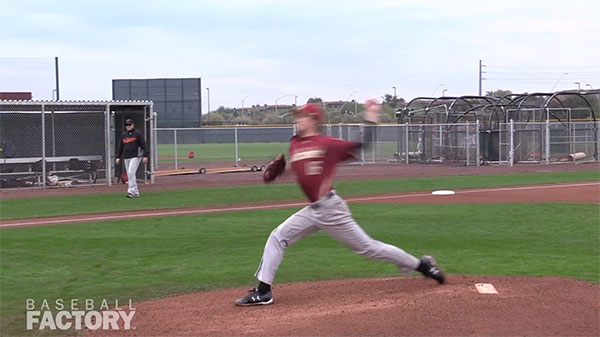 Jose Yadiel Martinez is a 6’0/150 pound CF prospect that fits the mold both physically and athletically. The 2017 grad had outstanding measurables, running a 6.63-60 yard dash, broad jumping 8’2, and running 4.6-4.7 shuttles. Offensively, he went 2-for-6 in his AB’s with two stolen bases, swiping second and third. He had quiet actions in the box and a simple approach that gave way to a smooth and consistent barrel delivery. He worked in the middle of the field and got good extension out in front. In the OF, he moved with active feet to make plays and worked low to field, presenting the glove in front. His instincts and reads were exceptional and he showed present carry on his throws. All in all – Jose projects well at the next level and has a very bright future ahead of him. 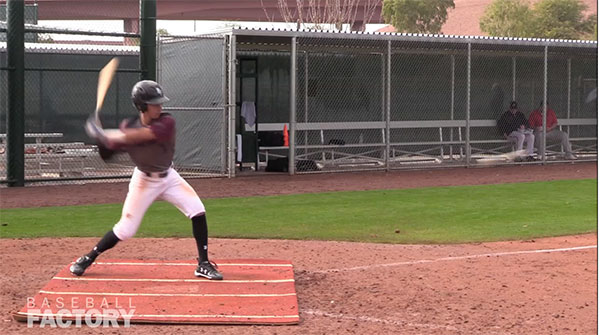 Ryan is a physical 6’0”, 200 pound third baseman with present strength and solid feel for the game. He is an excellent defender with sure hands, good instincts and lots of arm strength across the diamond. He reads balls well off the bat and showed some range running down a pop-up in a game and making an impressive over-the-shoulder catch. As a hitter, Ryan has rhythm and generates very good bat speed from a balanced, under control approach. There is some looseness to the stroke and he has some pull-side pop. Overall, the arrow is pointing up on this prospect. 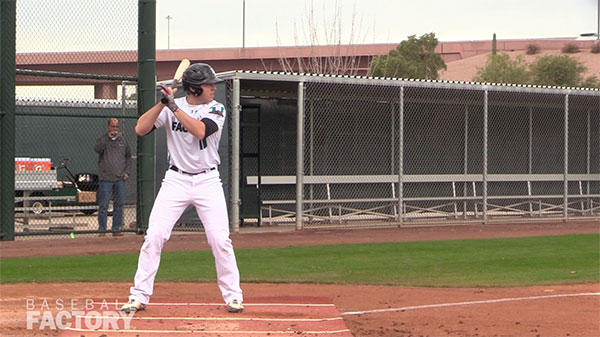