Continuing our look at standout athletes who performed at the 2019 Baseball Factory All-America Pre-Season Rookie Tournament, Powered by Under Armour. This article features top rookie arms who performed well.

Standing at 6 feet, 7 inches tall with a lean frame allowed Tejeda to work downhill with a daunting mound presence. Great balance and a very quick and loose arm created an 84-to-86 mph fastball with movement that had hitters on their heels. Mixed in a sharp breaking curveball (70-to-73 mph) that kept hitters off balance during his three-inning outing. Yoel did not allow a hit, inducing poor contact due to late movement on the fastball and tallied five strikeouts. Look for big things moving forward as he stacks on strength from this recent University of Florida commit. 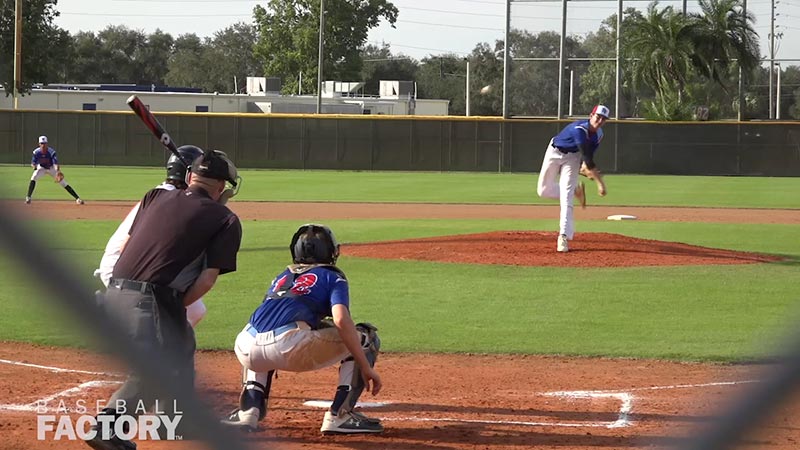 Xavier had a great outing at the All-America Rookie event. This New Jersey native showed his ability to command pitches inside of the strike zone and fearlessly challenge hitters. Fastball rings in at 79 mph with a ton of sinking action, making it tough for hitters to make strong contact. Xavier mixes in a curveball at 65 mph, which he throws with deception, but his best out pitch, is a great 62-to-64 mph changeup that had hitters off balance. His ability to spot pitches in uncomfortable parts of the zone will continue to pay dividends for this 2023 righty. 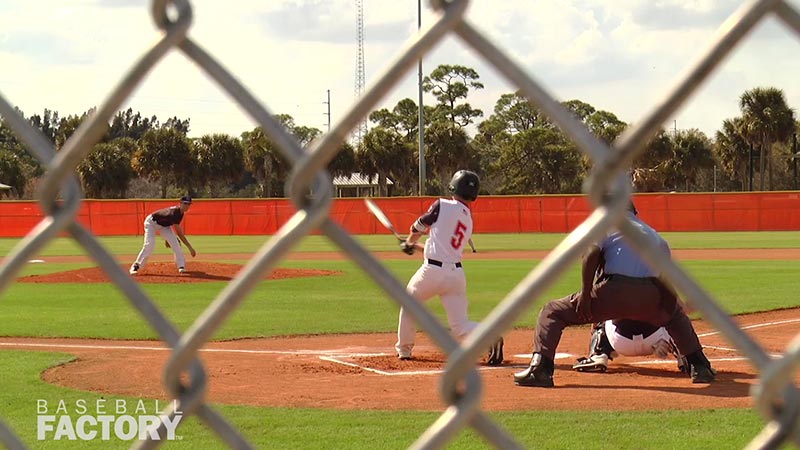 Dominated his outing at the event, standing on the mound at 5’11”, Noah methodically picked hitters apart from start to finish.  Got ahead on just about every hitter he faced with an 80 mph fastball with a ton of arm side run. Picked his spots inside and out and kept hitters off balance with a very firm, tight curveball (71 mph) that broke sharply and was nearly impossible to hit. Kept the ball low in the zone and finished his outing without surrendering a hit over three innings pitched and an impressive eight strikeouts. This lefty out of Michigan looks to have a very bright future on the mound. 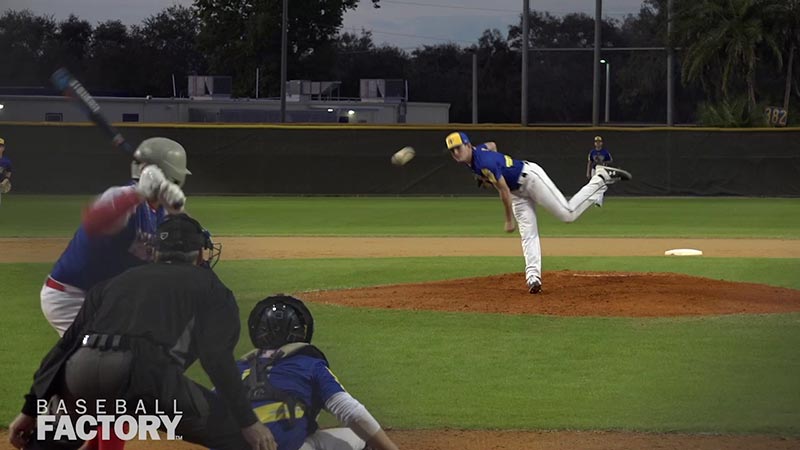 Very methodical on the mound with a nice clean delivery, Jaxon worked through hitters with precision and control. Has a great idea of what he is capable of and flat out gets hitters out of their comfort zones. Fastball topped at 82 mph with impressive command, mixes in a deceptive changeup but his bread and butter out pitch is an excellent curveball that sits 68-to-70 mph. Changes speeds, breaks sharply in and out of the zone and showed itself as a dynamite swing and miss pitch. Once he got ahead in the count, he was in total command surrendering only a few hits and striking out six over his three-inning outing. Big things ahead for Jaxon as he embarks on his freshman season. 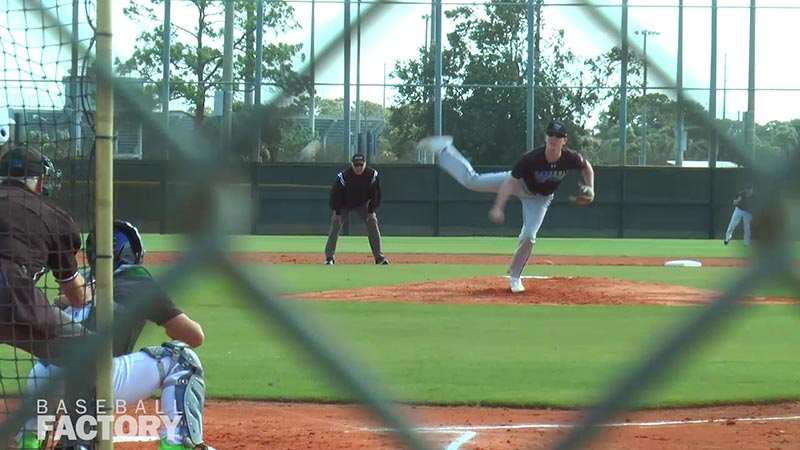 A two-way player predominantly, Bobby took the mound during the Rookie event with authority. Led hitters off with an 80 mph fastball with a ton of arm side movement and the ability to locate the pitch down in the zone. Hitters couldn’t figure him out during his three-inning campaign. Has a good breaking pitch (CB, 69-to-70 mph) that will keep hitters honest but really did his damage with a deep-sinking changeup (68 mph average) that was deceptive and disappeared into the bottom of the zone. His arsenal mixed with his confidence and athletic ability on the mound achieved a five -strikeout outing surrendering only a pair of hits. His versatility might open a lot of doors for this freshman right-hander. 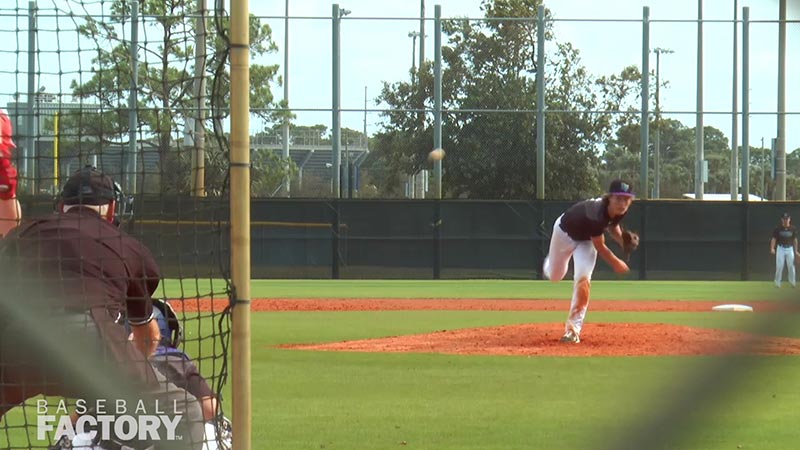 A very versatile two-way player (high level short stop/third baseman), Dominic took the mound with confidence and looked very comfortable. His release being similar to his infield arm slot, he creates a lot of natural movement which is very hard for hitter to barrel up and make solid contact. Fastball reached 82 mph and he threw an impressive mix of pitches. Curveball had nice tight spin and showed command at 64-to-66 mph but his change (67-to-69 mph) showed impressive movement and jumped out as a legit out pitch. Projection is the key here as Dominic will be celebrated for his ability as a position player but could have a very nice future on the mound as well. 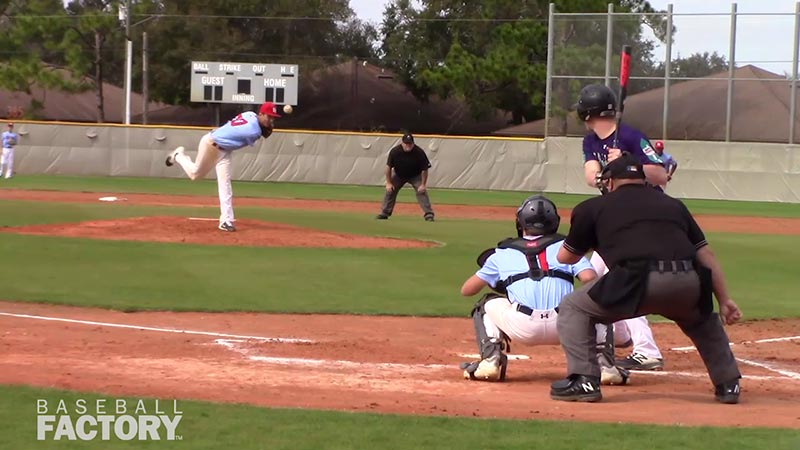