Continuing our look at standout athletes who performed at the 2019 Baseball Factory All-America Pre-Season Rookie Tournament, Powered by Under Armour. This article features top middle infielders who performed well.

Possesses all the tools necessary to play the position at a high level for a very long time. Smooth hands, clean exchange and a nice quick release are all Giovanni’s strengths. Every step he takes is deliberate and he moves swiftly and well-calculated to excel at shortstop. Has great range and showed the ability to shrink the left side of the infield, making a few very impressive “web gem” caliber plays during the event. Takes his superb coordination to plate, barreling up everything in the zone, working with a nice line drive approach. Drove the baseball to the opposite field with an 86 mph bat exit velocity. Will be a tough out for pitchers. When talking about Febus, we see shades of players like Alcides Escobar and Alexei Ramirez. 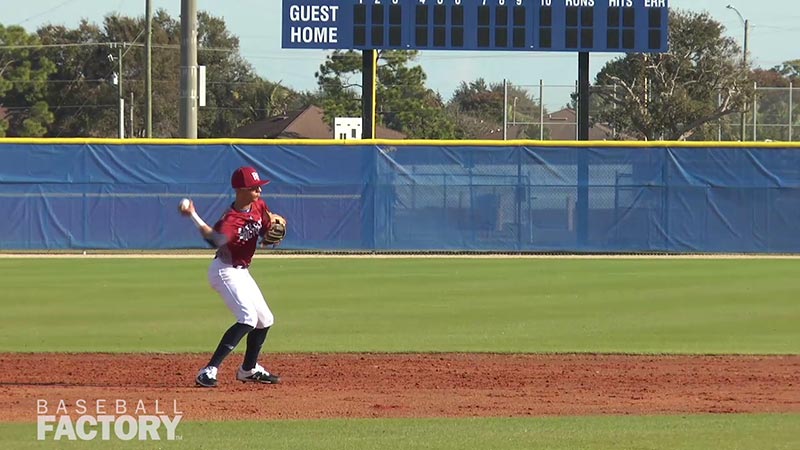 You may recognize the name from our Top Pitchers list from the Rookie All-America event, but Dominic spends most of his innings roving the left side of the infield. Very long and lean framed player, has that JJ Hardy body type, covers a lot of ground and gets to balls typically out of range effortlessly and sports a nice strong arm to get the ball out of his hand and off to his targets. Hits screaming line drives (87 mph exit velo) to all fields and look to improve greatly on already college ready tools. Looks to continue to develop third base-type power and we believe he can move effortlessly to both positions on that side of the field adding to his outstanding versatility. 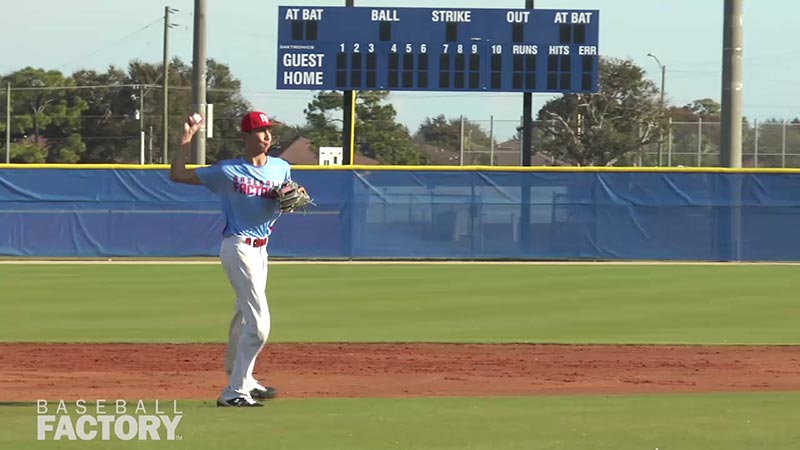 The youngest player on this list, Ariel defines the grit and grind any coach would want in an infielder. A true gamer, he continued to put stress on pitchers as a tough out at the plate while playing out of position multiple innings and continuing to show his ability to perform at a high level. Even went behind the plate and performed like a seasoned catcher. Lightning fast hands, a crazy high motor and very clean actions will keep him up the middle as he matures into what looks to be an impressive prospect. Showed a line drive approach at the plate; hit a few line drives that topped 80 mph in the exit velocity category and showed some sneaky power as he doubled and flew out to deep center in consecutive at-bats. Look for Ariel to turn heads as he progresses through high school because he can flat out play. 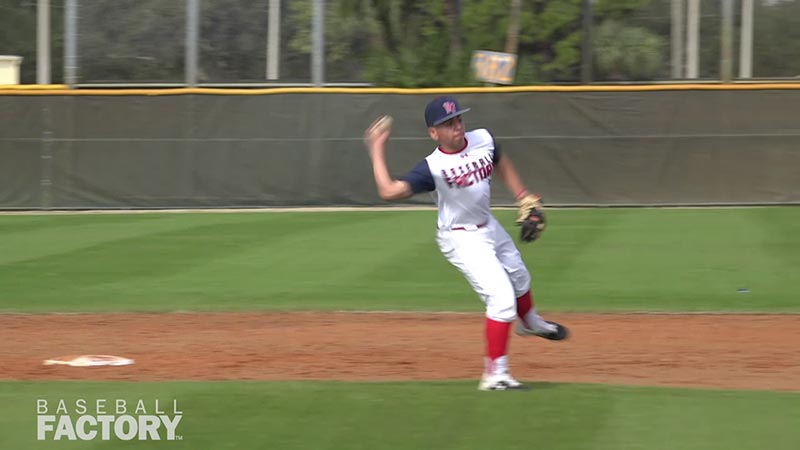 A big powerful SS prospect, Jesus lit up radar guns both defensively and at the plate. His strong 6’2” frame mixed with his agility allow him to cover a lot of ground on the left side of the infield and make effortlessly crisp throws (87 mph arm velocity) across the diamond. There could also be a move to third in the future if necessary because he will hit to fill that spot, but he has nice soft hands and picks everything up well off the ground. Keeps his swing short and compact with great bat speed, registering a 94 mph exit velo, blistering pitches all over the field. Will make a huge impact offensively in his inaugural high school season. We are excited to see Jesus continue to polish his strengths and develop into a high-level talent. 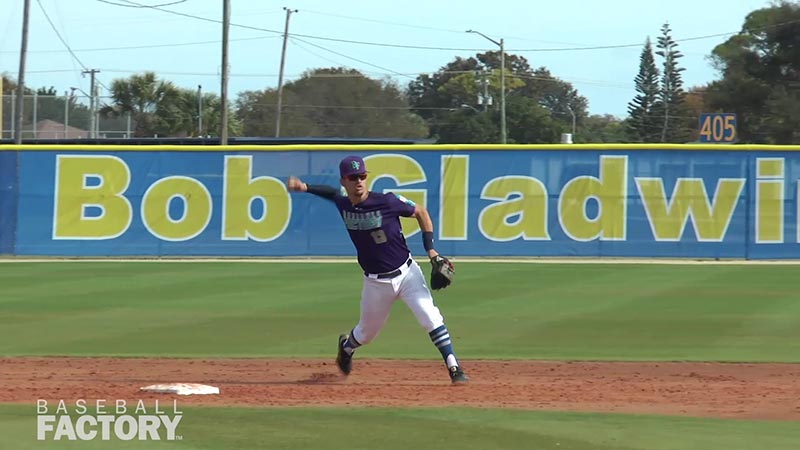 Keeping the prototypical strengths of what you want in a defensive player up the middle, Logan checks all of the boxes. Has versatility to play both short and second defensively with advanced fielding technique, soft hands and a sharp, quick release. Turns double plays from both sides with ease and his footwork already plays at a collegiate level. Has a knack to always be in the right place at the right time to make a play. Takes his plus hand-eye coordination to the plate as well, giving pitchers a tough out each time he steps in the box. Great plate discipline, making great swing decisions (one hit, four walks in six plate appearances) with create a very effective hitter to round him out as a complete player. 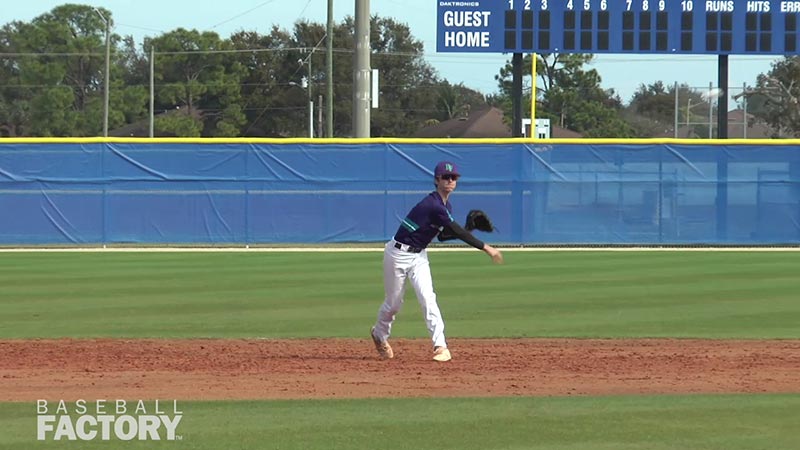 Other Players to Watch:

Great hands! Keeps it clean up the middle, looks to project nicely at the collegiate level. Solid spray hitter from the left side of the plate. 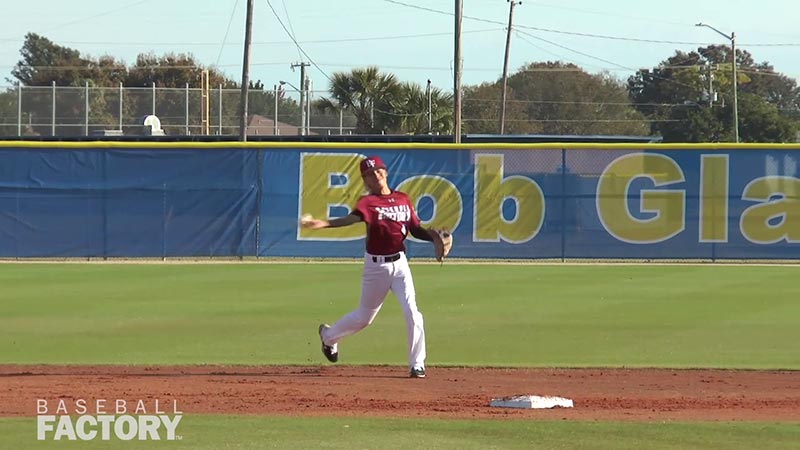 Plays much bigger than his current frame, very advanced middle infielder from the 2023 class. As he develops, his home up the middle will become clearer but nothing can doubt his clean mechanics both offensively and defensively. High upside and showcases captain like leadership skills, absolute gamer! 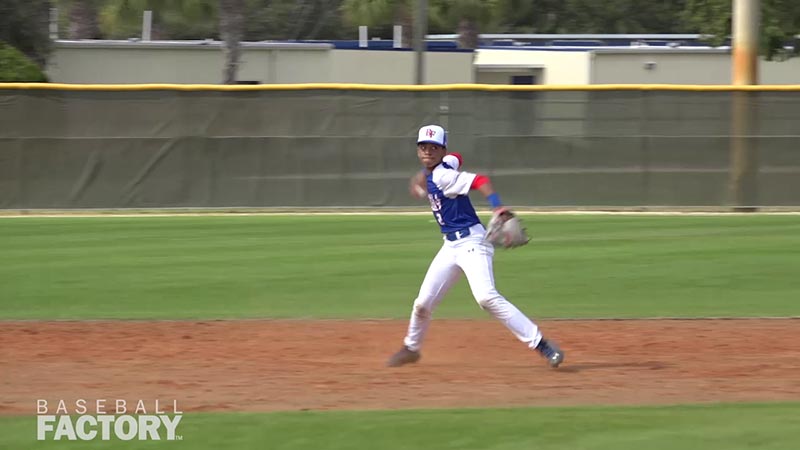