Experience our proven system of developing the complete student-athlete first-hand with our Arizona Fall Select Training & Competition event. This is an experience of a lifetime that will be your launching pad for the next level. This event is invitation-only.

Translate your skills from practice into live game situations 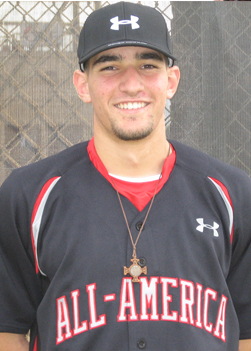 “ That's when I first started coming on the scene. They [Baseball Factory] helped me all along the way through high school. By the time they sent the invitation for Wrigley, they were familiar with me as a player and a person. ”

Darren Fenster: Darren is currently a manager in the Boston Red Sox Organization. He played at Rutgers University before going on to play in the Kansas City Royals organization. He then coached at Rutgers for six years before joining the professional baseball coaching ranks.

Greg Guidry: Greg is a former First-Team All-Sun Belt Conference catcher at Louisiana Tech University. He also played at Pearl River Community College where he was inducted into the school’s Athletics Hall of Fame. He is currently the Head Coach at Dekaney HS in Houston, TX. Before Dekaney, Guidry was an assistant coach at Louisiana Tech.

Want to join us for Select Training & Competition in Arizona? Contact us now for more information.

Check out the latest Instagrams from Select Training & Competition in Arizona.