On Sunday, April 12 the Under Armour Baseball Factory National Tryout Tour rolled through southeastern Tennessee, with a stop at the McCallie School in Chattanooga. The Blue Tornados were TSSAA Division II-AA State Champions in 2014, and boast an AstroTurf infield along with a 6,600 square foot covered hitting pavilion.

Normally runners are on display at a synthetic surface ballpark, but on this day velocity was a bigger part of the story — as a pair of 2015 right-handers topped at 85 mph with their fastballs. 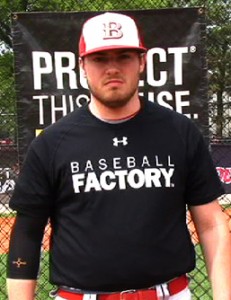 Zack Wilcox (Walker Valley HS – Cleveland, TN) is listed at 6-foot and 160 pounds, and used a quick arm to generate an 83-85 mph fastball. He spun an upper 60s breaking ball with some depth, and showed some feel for a low-to-mid 70s change.

Phil Spargo (Copper Basin HS – Copperhill, TN) worked between 82 and 85 mph with his fastball and featured a sharp low 70s breaking ball with tight 11-to-5 action. He also showed a slightly flatter breaking ball, along with a 69-71 mph change.

2017 OF/RHP Walker Sasser (Harrison HS – Kennesaw, GA) posted 6.81 in the 60 yard dash, easily the best of the day. He has a chance to hit too, mainly thanks to quick hands and a good feel for the barrel. The ball got off his bat at 82 mph, and he showed athletic actions in the outfield to round out a solid overall set of tools. 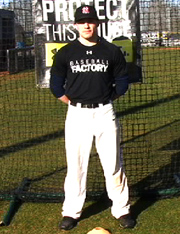 Though he was the youngest catcher in attendance, 2018 C Nathaniel Tate (Coffee County Central HS – Manchester, TN) posted the only sub-two second pop time at 1.98. He also turned in the highest raw velocity, with a mark of 86 mph. He has some ability to work with at the plate, but his arm strength and catch-throw skills are clearly his strength now.

2017 C Jason Avers (Walton HS – Marietta, GA) showed advanced receiving and blocking skills, but was unable to throw due to a tender arm. He sat well and moved with subtle and quiet actions to receive, and showed the body control and athleticism required to range laterally for balls in the dirt. A right-handed hitter, he hit from a balance approach and made a coordinated move with quick hands to the zone and some bat speed through contact. 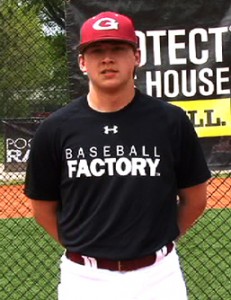 2017 RHP/3B Chandler Ross (Guntersville HS – Guntersville, AL) posted the highest bat exit velocity at 84 mph. He showed soft, sure hands defensively along with an accurate arm — giving him skills to build on both offensively and defensively.