Smack dab in the middle of the best college baseball in the country, Alabama has a rich history of producing incredible baseball players, from the college ranks all the way through the Major Leagues. Highlighted today are two Under Armour Baseball Factory standouts that have had success at the next level. 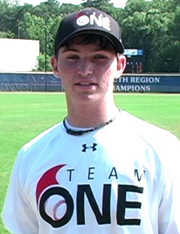 Kevin Davis, a 2013 grad of T.R. Miller High School in Brewton, AL, has temporarily put his career on hiatus, as he is receiving a medical redshirt for the 2016 season. However, in his first two collegiate seasons, the former top 100 nationally ranked pitcher was off to a tremendous start. After attending an Under Armour Baseball Factory National Tryout in Mobile in 2010, Davis was quickly identified as one of the most complete two-way players in the country. At his next event (Team One South) in June 2010, Davis showed his complete set of skills at that time. With a fastball that had already touched 89 MPH as a freshman, it became clear that high-level Division I baseball was an attainable goal. As a sophomore, Davis appeared in nine games, including three starts. In those appearances, Davis compiled 13 strikeouts while only giving up 6 hits. We wish Kevin the best as he recovers from injury and returns to his dominant self in 2017. 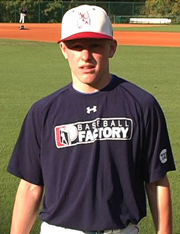 Peyton Williams, a 2013 grad of Beauregard High School in Opelika, AL, experienced immediate success in the collegiate ranks. Williams earned an opening day start in left field as a true freshman at Jacksonville State University and went on to post a very respectable .310 on-base percentage as a freshman. Williams attended a College PREP event in Atlanta, GA back in 2010 where it was noted that he had a balanced swing with a lot of potential power. The PREP program helped him to realize that power and reach his full potential as a very solid Division I athlete.

Both of these athletes reached their potential by attending an Under Armour Baseball Factory event. Don’t miss out on your opportunity today! Please visit our tryout schedule for more information on an event coming to a town near you!