The 2018 class was represented in impressive fashion at the Team One West event at Azusa Pacific. A group of young, talented prospects from that class showed high ceiling potential.

At the front of the class was 3B Clayton Owens (Corona, CA). Owens has a proportioned 6’1”/180 pound frame and an advanced left-handed swing. He squares balls up with regularity with a simple stroke and some barrel whip. That whip led to a homer to right center in his first game at-bat. Add in solid hands and feet at third, and Clayton is a high level prospect that merits close following.

Another left-handed hitter that excelled both in workouts and games was John Jackson (Redondo Beach, CA). His loose swing and ability to use the entire field make him a very difficult out – as evidenced by his 3-4 game showing with two doubles. Defensively he shows good feet and hands in the middle infield and a level of comfort around the bag on double plays. Blake Faddoul (Yorba Linda, CA) was another shortstop who stood out. He showed the feet, hands and arm of a prospect who could stay at the demanding SS position. He also ran a 6.81 in the 60 and the ball comes off his bat well. 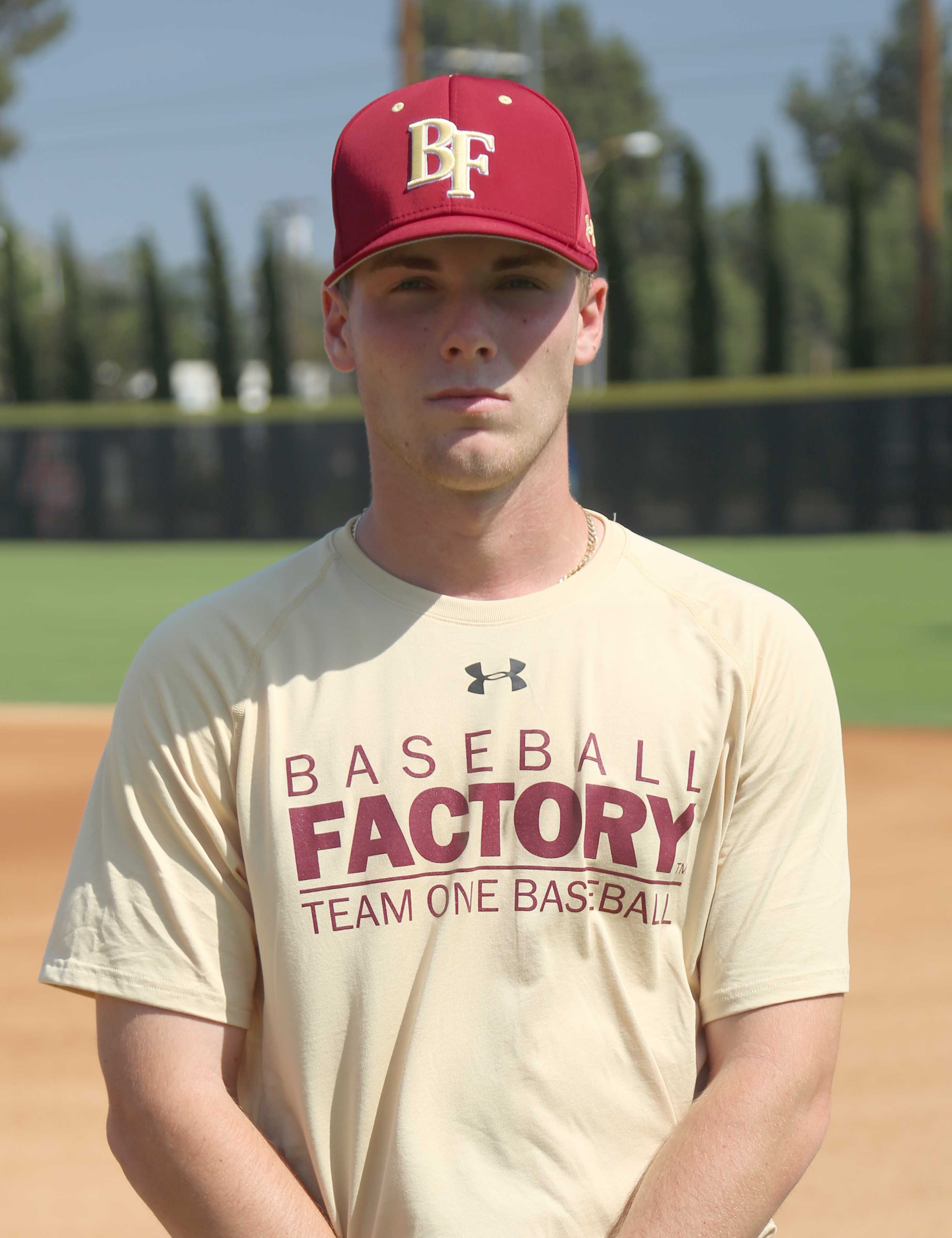 Moving to the outfield, several athletic 2018s distinguished themselves. Some of the highest measurable of the event came from Kingston Liniak (San Marcos, CA). With arm strength of 90 mph, a bat exit velocity of 92 and a 6.90 in the 60, Kingston checks a lot of boxes. He is an outstanding defender with natural instincts and he has a quiet approach at the plate with a loose swing. At 6’3” and 190 pounds, Jaden Fein certainly looks the part. He backs it up with bat speed and loud contact in his right-handed swing and enough arm for a right field profile in the outfield. Another physical young prospect is 6’3” Caleb Turner (Corona, CA). Lots of upside for this young outfielder who is a very good defender and showed arm strength and future power at the plate. Another 2018 outfielder who showed power was Grant Burton (San Juan Capistrano, CA). Grant has a solid, strong frame and can drive the ball to all parts of the park. He’s also athletic and got his 6’2”, 210-pound frame through the 60 in 6.91. One more outfielder worth mentioning is Chase Hanson (Huntington Beach, CA). Chase has a patient, advanced approach at the plate and the left-handed hitter went 2-for-3 with three walks.

On the mound RHP Aaron Eden (Los Angeles, CA) threw a heavy upper 80s fastball effectively for strikes. His overhand slot got excellent downhill plane on the pitch and the late life added to the hitters’ difficulty. His off-speed offerings included an 11-5 curve and a change with some tumble. 2019 Carter Rustad (Honolulu, HI) also merits a mention as his 6’4”/180 frame is athletic while his baseball skills are advanced. On the mound Carter was up to 82 with run and threw strikes with all of his pitches. He also is a capable 1B and swung the bat well going 3-for-5.

There was a ton of future potential at this event, and we look forward to watching these young players continue to develop over the next few years.