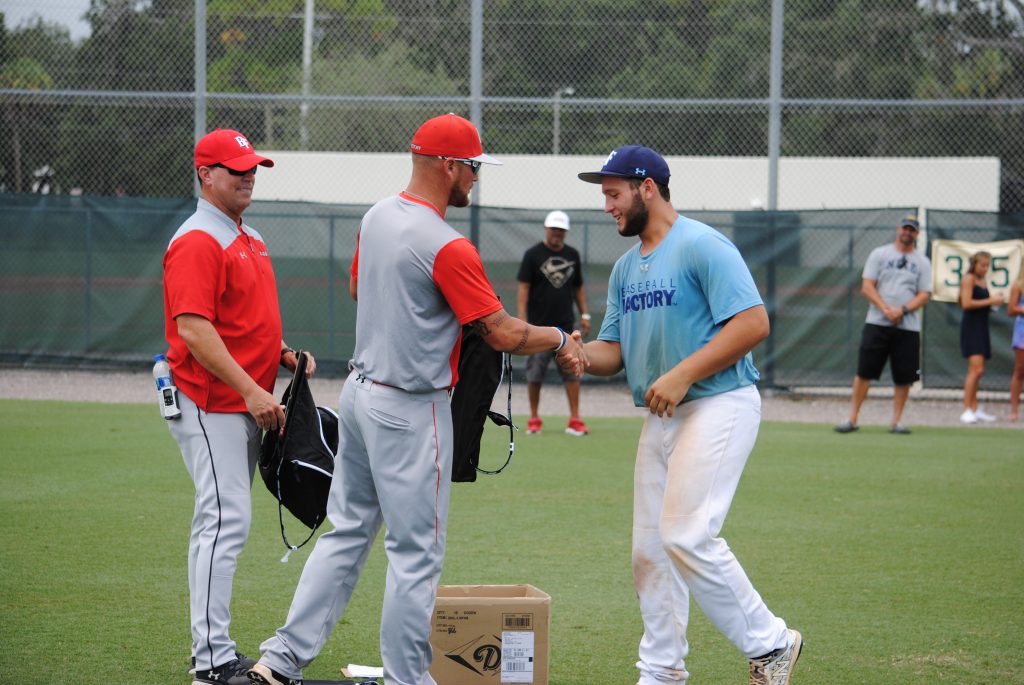 Coming off a solid performance at his first Baseball Factory event in April – an Under Armour Baseball Factory College PREP event in Charlottesville, Virginia, 2020 grad Zachary Gonzalez had a few months to show everyone why he was selected for Baseball Factory’s National World Series at Pirate City, July 27-31, 2018.

Once he left the sun-drenched fields in Bradenton, Florida, Gonzalez had proved exactly why he belonged with his performance in the week-long event leading to being named Most Valuable Player after going 5-for-9 with four singles, a double and five RBI.

Despite the MVP performance, Gonzalez said it truly was about the team’s total effort in winning the National World Series Session 1 Championship. 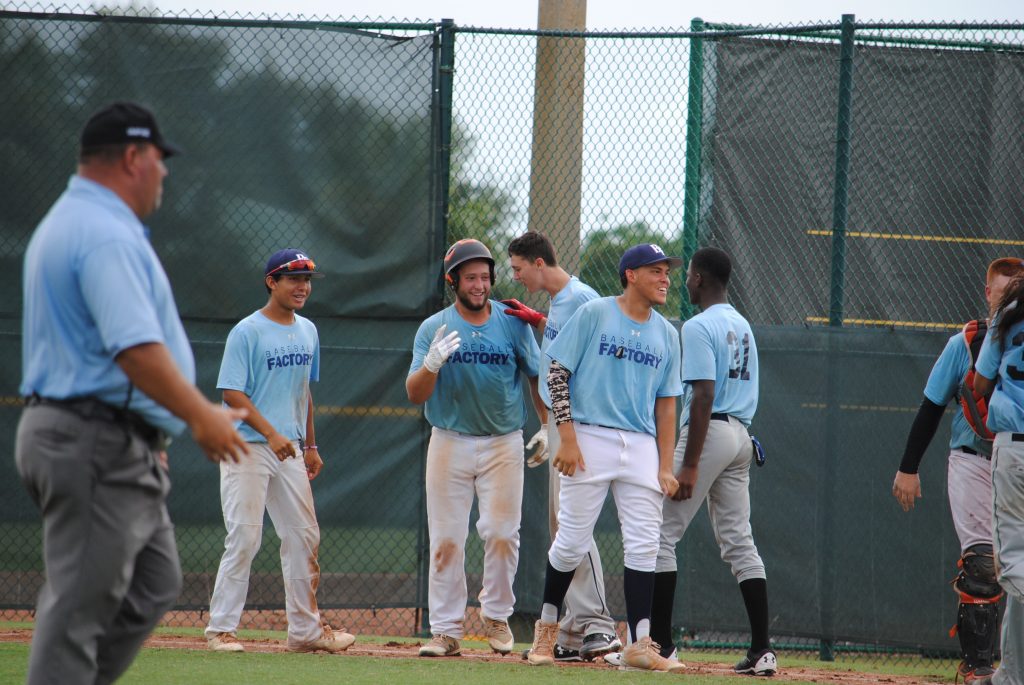 Gonzalez bonded immediately with his teammates at Pirate City

“When you get there, you never quite know how good your team will be, but we all worked hard. When we got to the Championship game, we told each other to not quit until the final out, and sure enough, we won it all.” Gonzalez said.

It was the dream scenario for any player. With a six-batter limit and being the final hitter in the bottom of the last inning, Zach drove in two, tying the game and as the inning rolled over, the winning run, in what ultimately was a 7-6 victory. The Rays came back three times in games during the event, en route to the championship.

Coach Todd Cross, who has been getting quite comfortable with winning championships in recent years while at Pirate City, talked highly about Gonzalez’s leadership and ability to affect games.

“This event consisted of over 100 high school players from across the country and by the end of the event, Zach had made his presence known,” Cross said. “As a player on and off the field, Gonzo is one of those kids that every coach would love to have on their team. His work ethic, attitude, and game play all speak for themselves. This kid worked his butt off the entire week during our long hours on the field training and playing in games.”

Gonzalez, 16, will be a junior at West Point High School in Virginia this coming spring and was already a solid contributor, finishing his sophomore season hitting .397 with five home runs and 22 RBI, while slugging .711. He’s been the team’s starting first baseman the last two years and returns with a fresh perspective on preparation, training and an outlook on the world outside of his West Point town.

The days are long in Pirate City with a tight schedule full of baseball, but Zach understood that these tough moments that pushes players helps them for their future experiences.

“If you want it, you have to just go get it. Everyone is doing the same thing you’re doing, you are in the 95 degree heat together and struggling, but you have to want it more than everyone else.”

It would be easy for one to take a rep or a play off and complain, but not Zach, according to Cross.

“More importantly than being a good baseball player, Zach was an extremely positive, respectful young man on and off the field,” Cross said. “I never once heard him complain the entire week. We are talking about 9-to-10 hours a day in 90-plus degree weather with intense humidity. He always picked his teammates up, stayed positive, and never showed any kind of negative body language.”

Another big memory for Zachary was meeting new people and fast becoming friends in the bond of baseball. What’s great about that part of the experience, Gonzalez said, is the camaraderie that being put together brings out in one another.

“First day we walked in, I met probably the two coolest dudes there who were my roommates, (Chase Freeman and Scott Freund), even though we were on different teams, we stayed up late at night, talking about how our days went. Had different stories to tell, so that was really cool.

“Even with guys on other teams, we all bonded. I roomed on the second floor, and the dorm next to us became a place to hang out and talk. (There were) three or four different teams and we were just talking about our experiences and the information we learned.”

As Zach looks ahead to the final two years of high school, he lists potential dream jobs: personal trainer, physical therapist, even a pediatrician or a doctor. But his main goal is to step on a college baseball field.

“Definitely a goal in mind (the next two years) is to receive a scholarship for baseball and be able to play at the Division I or II level.”

The event, for all the good it provides on the field, is equally as important off the field and in the classroom from the resources provided.

“I’ve continued to drill into Zach’s head that if you want to play baseball in college, it’s two full-time jobs – your academics and baseball,” said Monica, Zach’s mom. “They don’t quite have an understanding, so this was an eye-opener to see that this is what it will be like in college.

“As Zach said, we come from a very small town. Our K-through-12th grade population is like 800 kids, so yes, while he’s one of the better ballplayers, being out there among other kids from across the U.S., you see the talent level that is really out there.”

On-field it was just as astonishing, stepping out of the comfort zone and into a new world of talent.

“The coaching staff was great – we got a ton of reps in between hitting and fielding,” Zach said. “We played a lot of games, so there was a lot of time and effort put into the preparation. You have to know that you need to really work hard to get to where you want to be.”