Shohei Otani has made the 2-way player a hot topic this spring. While it is rare at the Major League level, we see talented pitcher/position player combinations on a regular basis at the high school level. This year’s Under Armour All-America Pre-Season Tournament was no different, with several stand-out 2-way performances.

One of the most talented athletes in Arizona was SS/RHP Dre Duplantier. The University of Texas commit has loud tools across the board with the ability to use them in games. He was up to 91 mph on the mound allowing only 2 hits while striking out 5. As a hitter Dre went 2-3 with 2 walks and seemed to make solid contact throughout the games and batting practice. His raw arm strength of 93 mph played well across the infield.

Another SS/RHP combo with big upside is Colton McIntosh. He is a position player first, running a 6.95 and showing smooth, advanced actions in the infield. Committed to the University of Arizona, Colton used a loose, athletic swing to generate 88-mph exit velocity with a line drive, middle-of-the-field approach. He also jumped on the mound and attacked hitters with a mid-80s fastball, a sharp-breaking curve and a change with sink. 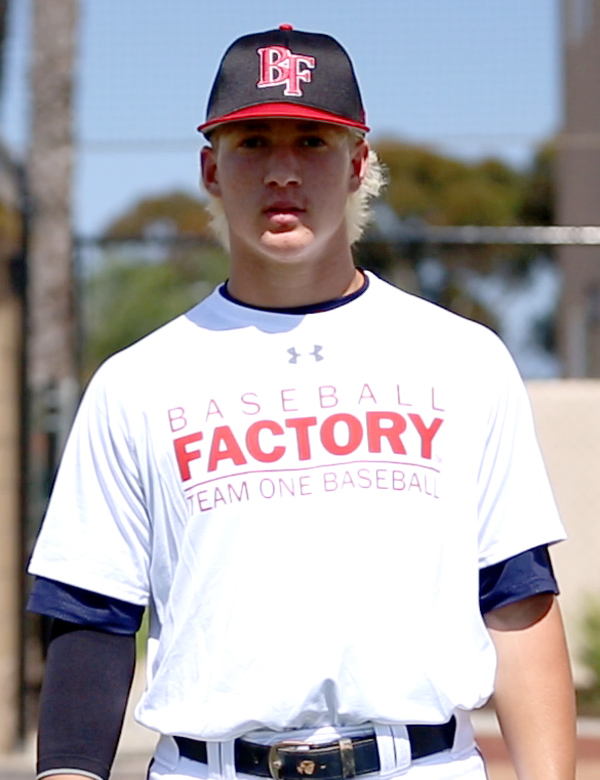 Another middle infielder, Fresno State commit Hunter Bryan (2B/RHP) also showed well both ways throughout the weekend. His fast hands led to loud contact (94 mph exit velocity) in both workout and games. He is a rhythmic defender with good hands and, on the mound, he was up to 88 with a wipeout slider that resulting in 9 Ks during his outing. 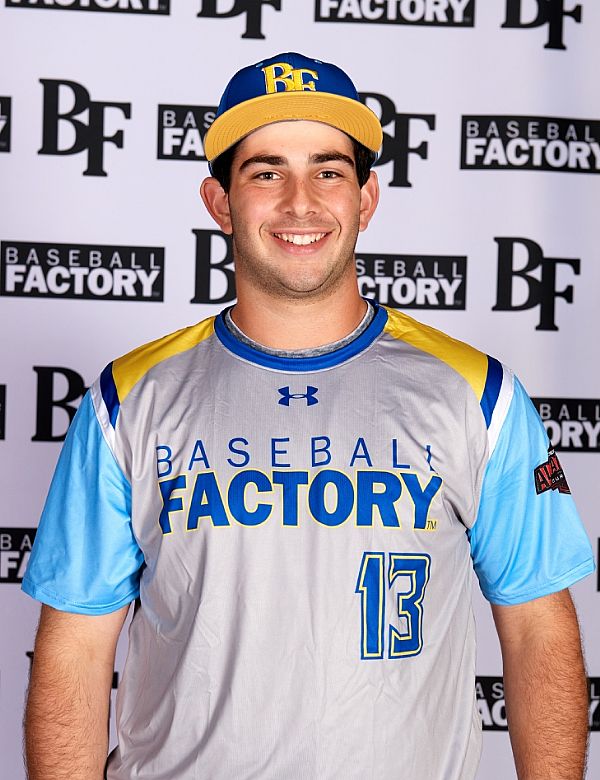 Four other 2-way players caught the scouts’ attention, and they were all RHPs who also played a corner IF spot.

The physical 3B/RHP Kaden Dydalewicz (6’2”/205) used his strong frame to generate pull side power and an 89-mph recorded exit velocity. He also showed athleticism running a 7.03 and jumped on the mound to show an aggressive 3-pitch mix.

Another 3B/RHP who showed well was Jordan Dem. He drives balls to all fields (92 mph exit velo) and finds the barrel with regularity. He was solid in the infield and threw his 88-mph fastball with good downhill plane and late life.

Across the infield, Casey Daiss and UC-Santa Barbara commit Cory Lewis both performed well as both first basemen and right-handed pitchers. Daiss is a presence on the mound at 6’4”, 220 pounds and threw 3 pitches for strikes with good finish to each and a feel for his off-speed stuff. He also flashed some big LH power at the plate. Lewis swung the bat well all weekend with a level path, quick hands and good extension that resulted in 88 mph exit velocity. On the mound, the 6’4” righty stays tall and drives his 88-mph fastball downhill and mixes in a curve and change effectively.

These talented 2-way players add quite a bit of value to a roster and should make a big impact this spring and beyond on the mound, in the field and at the plate.