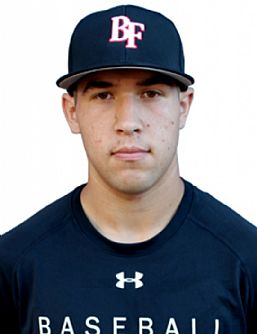 Some young players made the most of the few spring training at-bats they received:

Will Benson (Cleveland Indians) – Benson had four plate appearances, going 2-for-2 with a long home run in the final spring training game for the Indians. Benson could get his start this season either with Short-Season Mahoning Valley (where he spent 2017) or with Class-A Lake County. (2014 Baseball Factory Futures South Showcase, 2015 Under Armour Baseball Factory All-America Game)

Dylan Carlson (St. Louis Cardinals) – Collected a hit in his only appearance this spring, but the future is bright for this 19-year-old. Last season as an 18-year-old, played at Class-A Peoria and handled himself just fine, with 26 extra-base hits 42 RBI and 52 walks in 115 games. Carlson could make the jump to High-A Palm Beach to start the year. (2014 UA Southwest Championships, 2014 Baseball Factory Futures West, 2015 Under Armour Baseball Factory All-America Game) 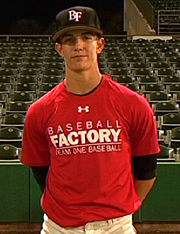 Jonathan India went off last week for the second-ranked Gators. India swung a hot bat, going 7-for-12 (.583) with four RBI and has now extended his career-high hitting streak to 12 games. In those 12 games, he is hitting .579 (22-for-38) with five home runs and 12 RBI. He also dominated in the three-game series against Arkansas, collecting six hits in nine at-bats with four RBI. India attended the 2012 Baseball Factory Team One Futures East Showcase and Baseball Factory’s Team One Florida Showcase in 2014.

Jackson Lueck, FSU, The switch-hitting catcher earned his first ACC Player of the Week award after hitting .368 with three homers and 10 RBI as the ‘Noles swept No.21-ranked UCF in a two-game series and then a series win at North Carolina. For the season, the junior from Longwood, FL is hitting .245, tied for the team lead in homers with five and 19 RBI, which is third-best for Florida State. Jackson participated in the 2013 Baseball Factory Futures East Showcase.

Zak Baayoun, Long Beach St, the sophomore left-hander picked up Big West Pitcher of the Week honors for the Dirtbags, throwing a career-best eight innings in the opener against Cal State-Fullerton, allowing just three hits and only one of those hits leaving the infield. He struck out eight, and according to the Long Beach State Baseball website, retired 10 consecutive Titans hitters on two separate occasions in his victory. Baayoun attended an Under Armour Baseball Factory National Tryout in Costa Mesa, CA in 2013 and was a three-time participant in the Ryan Lemmon Invitational (2014-2016).

Stacey Bailey – Bailey is off to an unreal start for Kerens High School in Texas. The 3B/RHP prospect who is headed to Navarro College is hitting .711 (27-for-38), with nine doubles, a triple, 10 home runs which makes him the unofficial national HR leader, to go along with 29 RBI, 33 runs scored, 17 stolen bases. He’s even jumped on the mound, going 4-1. Bailey attended a UA BF College PREP event in Crowley, TX in 2015, the Baseball Factory Omaha National World Series in 2016 and the UA Southwest Championships in 2017.

Kellen Ward – Ward, a senior first baseman at Macon East HS in Mongomery, AL is hitting .358, with seven doubles, a triple, five home runs, and 42 RBI, which puts him at the top as the unofficial national RBI leader. Last December, Ward attended a UA BF College PREP in Pensacola, FL and the Christmas Camp and Tournament in Pirate City. Ward is currently an uncommitted prospect.

Triston Casas – Casas, the two-time Under Armour Baseball Factory All-American, was honored as USA Baseball’s Player of the Year at opening ceremony of the National High School Invitational this week in Cary, NC. Triston, who also attended a UA BF National Tryout and numerous high-profile Baseball Factory Showcases, is hitting .452 with five home runs and 20 RBI despite being constantly pitched around. He has 16 walks in 14 games.