As young players in the Cincinnati Reds organization, Jesse Winker and Hunter Greene look to make an impact whenever they both make it to The Show. Before these two were former first round selections by Cincinnati, Winker and Greene both attended high-level Baseball Factory events and played PONY baseball. 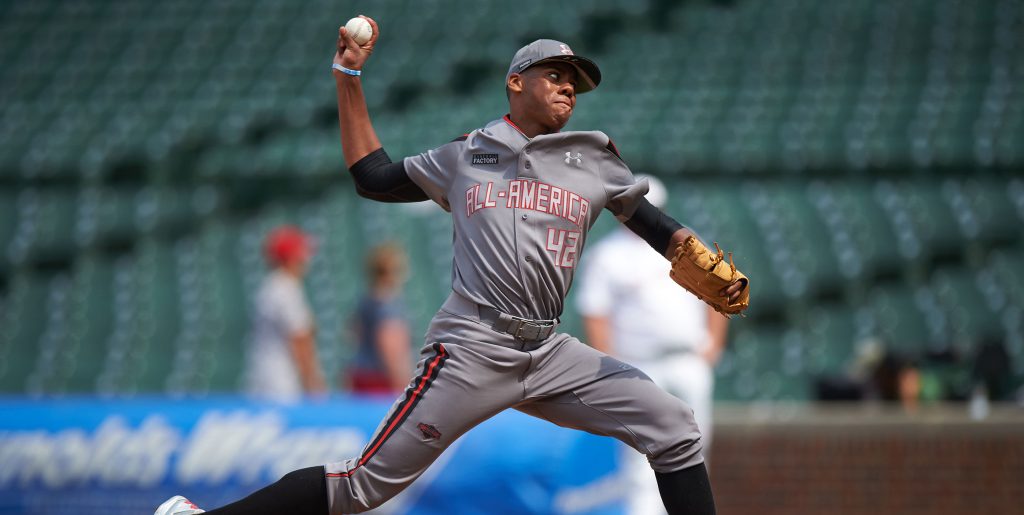 Windermere, Florida native, Jesse Winker was drafted out of Olympia High School in Orlando, FL and was the 49th overall pick in the 2012 MLB Draft by the Cincinnati Reds. In the two years prior to that draft, he would play for the East squad in the 2010 Team One Futures Game and for PONY in the 2011 USA Baseball Tournament of Stars.

After being drafted, Winker went on to play 62 games for the Billings Mustangs, the Pioneer Rookie League affiliate with the Reds. In those games, he made an immediate impact, slashing .338/.443/.500 with 35 RBIs and five home runs. He was then promoted to play Single A ball with the Dayton Dragons. Winker hit .281, hit 16 homers and drove in 76. His performances in his first two seasons caught eyes and was good enough, prior to the 2014 season, to be named by Baseball America as the fourth best prospect in the Reds Organization.

Within the next three years (from 2014-2016) Winker played at four different levels, from High A, to Double A, to playing in the Arizona Fall League (because of injury), and finishing in Triple A. To start the 2017 season, he played for the Reds Triple A affiliate, the Louisville Bats, and would be called up by Cincinnati no less than two weeks after Opening Day (April 14th). During that season, Winker would be the first player the Reds called up if a MLB rostered player came down with an injury. However, he would be called up and sent back down a total of four times throughout that 2017 season.

In 47 games for the reds in 2017, Winker hit seven home runs with 15 RBI and batted .298. He made the Major League Club out of Spring Training this year and has played in 61-of-70 games so far this season. He looks to be a big part of the Reds future rebuilding.

During his high school career as a pitcher and shortstop at Notre Dame High School in Sherman Oaks, California, Hunter Greene hit .324 while having a 1.62 ERA on the mound. Greene would go on to record a 102 MPH fastball as well as a 0.75 ERA during his senior year. Before playing high school ball, Greene played PONY baseball for William S. Hart Pony Baseball and Softball.

He committed to play baseball at UCLA, but would respectively revoke it after being selected 2nd overall during the 2017 MLB Draft by the Cincinnati Reds. Prior to the draft, Greene showcased his talents as the starting pitcher for the American squad, tossing a scoreless frame in the 2016 Under Armour All-America Game.

Just as Jesse Winker had done, Greene began his professional career immediately, playing for the Billings Mustangs. There, he made three starts, giving up six earned runs in 4.1 innings. Greene was promoted this year to play Single A Ball with the Dayton Dragons, as he’s made 12 starts, striking out 53 batters in 40 2/3 innings.

The former two-way player was drafted as a pitcher and that is how the Reds see him for their future. He was given 30 ABs with the Mustangs where he hit .223 with three RBIs but has not been given any yet in this young season. However, when he plays for Cincinnati in the National League his experience and confidence in the box will be vital every five days.