As a high schooler in San Diego, Ian Clarkin was on the radar of many Baseball Factory coaches and scouts when he was named to the 2013 Baseball Factory Top 100 List. That same year, he was selected 33rd overall out of James Madison High School by the New York Yankees during the MLB Draft. Two years prior, Clarkin attended a Baseball Factory National Tryout in La Mesa (San Diego) CA. 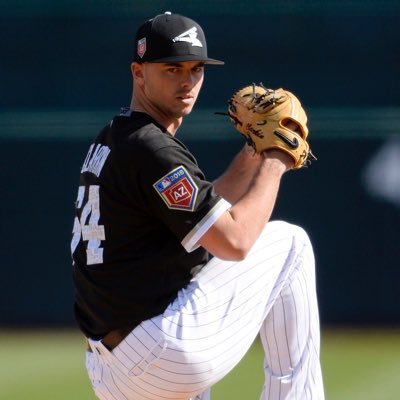 Clarkin threw five innings in the Gulf Coast League for New York during his first taste of professional baseball. He began the next season with the Single A Charleston River Cats, where he started 15 out of the 16 games he pitched in. Clarkin held a 3.21 ERA with Charleston in 70 innings pitched, while have a 71/22 SO/BB ratio. He would be promoted to New York’s Advanced A affiliate Tampa Tarpons for one game at the end of the season. For that one game in Tampa, Clarkin gave up only one run in five innings and got the win.

He would miss the entirety of the 2015 season due to lingering elbow problems. Clarkin came back the next season, continuing to play for the Tarpons, started 18 games and finished with a 3.31 ERA. But because of a torn meniscus in his knee, his 2016 season would be cut short in July. Nearly a year later on July 18 of the 2017 season, Clarkin was dealt to the Chicago White Sox along with Tyler Clippard and Blake Rutherford for Todd Frazier, David Robertson, and Tommy Kahnle.

Following the trade, Clarkin was assigned to go pitch for the Advanced A affiliate Winston-Salem Dash. He started all three of the games he pitched in and finished with a 2.45 ERA for the Dash. This season, Clarkin was promoted to play for the Birmingham Barons (Chicago’s Double A affiliate).

To start this season, Clarkin has struggled posting a 6.29 ERA in 48 2/3 innings pitched during his nine starts. One positive note he hopes will turn his season around was his last start on May 27th, giving the Barons a quality start, going six innings and allowing two earned runs.

Yet, before all of the highs and lows of playing professional baseball, Clarkin was just a kid who played PONY baseball like all of us. A number of years before being drafted, Clarkin played La Jolla Youth Baseball in La Jolla, California. Remembering how fun baseball was to play as a kid, and now, could get him out of his struggles and right back to where he wants and needs to be in an effort to get to the Major League level.

Throughout his short professional career, Clarkin has gained velocity on his fastball, topping out at 95 MPH. He will usually sit at 90-93 MPH with some sink action. Clarkin also displays a trio of off-speed pitches that include a curveball, changeup, and a newly developed slider. His most notable off-speed pitch would be his curve, which has a ton of break. Clarkin is projected to make it to the big leagues by the 2019 season as a back of the rotation pitcher or middle reliever.