Against the Odds: Alaskan Pitcher to Play at D-1 JUCO

As a high school baseball player, it’s hard to find a place to play. Balancing the cost of college, the best academic fit, the best location, among many other factors, is an overwhelming task for a 17 or 18-year-old kid to make as one of the most important decisions of his life.

And then there’s Tommy Koloski. 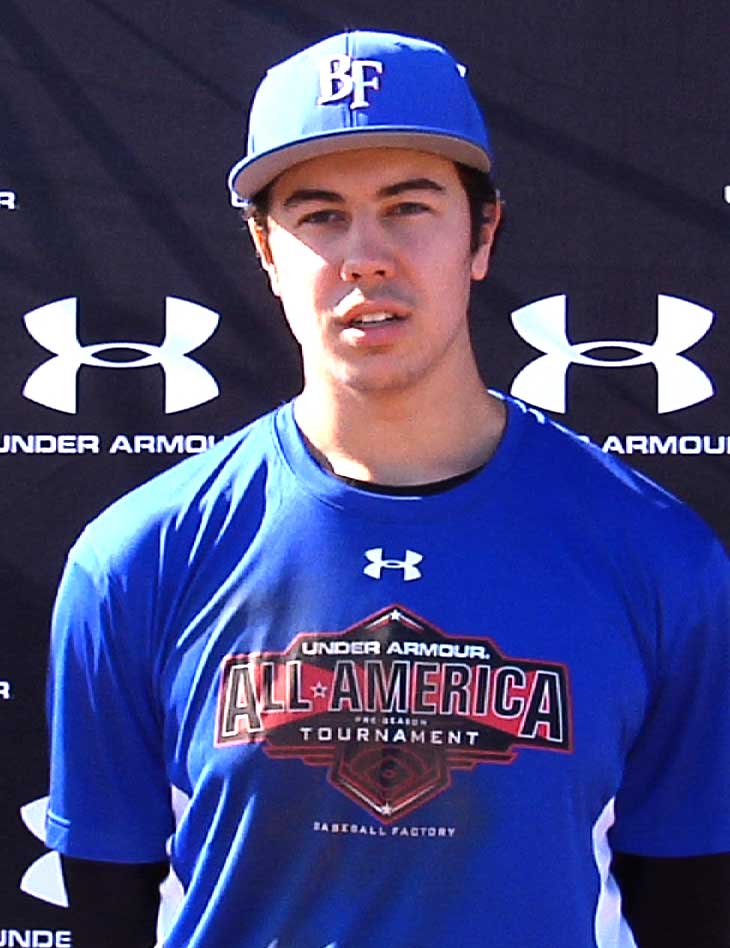 He was against the same odds as every other high school baseball player. He had a dream of playing in college and wanted to find the best place for him to play. Where Tommy faced even greater odds, though, is he can only play baseball for three or four months out of the year and scouts are almost never in his area to see him play.

Tommy is a right-handed pitcher/first baseman from Anchorage, Alaska, and is committed to South Mountain Community College, a Division I Junior College in Phoenix, Arizona. He said without the help from Baseball Factory, he doesn’t know where he’d be playing in college.

“If I didn’t go to the [Under Armour] Preseason All-America Tournament for [Baseball Factory], I don’t think I would have been seen by South Mountain at all.”

Tommy made contact with an assistant coach from South Mountain at the Under Armour All-America Preseason Tournament this past January.

“I was at the Preseason All-America Tournament and their coach was there watching me, apparently, and he said I was doing really well and he contacted me a week after,” Tommy said. “He said how he was watching me and how he likes what he saw and he really wants me to come down and visit the school.”

Tommy was able to visit the school in March when he was in Arizona playing with a tournament team, and that is when South Mountain offered him a national letter of intent, which he signed. South Mountain recruited Tommy as a pitcher, but he will also play first base in the fall season.

He was invited to the All-America Preseason Tournament after he impressed Baseball Factory coaches at a College PREP in Anchorage, Alaska, last July.

“I didn’t really think that I’d get anything out of it. Just a video that they were taking. I was really nervous and wanted to do well and make it a good video,” Tommy said. “Afterwards, someone came up to me saying that I’d be invited to other events coming up”

“I never really expected that. It was an awesome feeling to be noticed.”

Tara Koloski said he had some other offers, but they were not as good. She said they did their best to get Tommy out there and seen but being in Alaska made it much more difficult.

“We tried our best to get him out there, but [the College PREP] made all the difference.”

Tommy said he’s loved baseball for as long as he can remember. He has family in Boston, and he fell in love with the Red Sox after going to his first game at Fenway when he was five-years-old.

Tommy’s high school, South Anchorage, is one of the best baseball teams in the state of Alaska. They’ve been to the state championship game in each of the last four seasons, winning two of them.

The 6-5, 210-pound, right-hander allowed only one earned run in around 22 innings with nearly 40 strikeouts in the high school season. South Anchorage lost only one game in conference and ended up winning the Alaska State Championship.

“Tommy was one of those guys that we depended on for our pitching staff,” said Taylor Nerland, South Anchorage head coach. “He got the toughest assignments for the games we needed to win. He did very well for us and won a number of games. He was the guy we went to when we needed somebody.”

In Alaska, Tommy said he is more of a strikeout pitcher, but when he plays against better competition, he focuses on just getting hitters out anyway possible.

“I’d like to say I’m more of a ‘get-them-out-anyway-you-can’ type of pitcher,” Tommy said. “Of course, in high school I’ve had a lot of success with strikeouts, but when I play higher level teams when I travel out of state, I’m not too worried about strikeouts. I like to get the ball in play and let my defense work with me.”

Tommy sports four pitches: a 4-seam fastball with arm-side run, a cutter, a slider and a change-up. At Baseball Factory events, Tommy was throwing consistently 84-86 mph with his fastball.

Nerland said he would categorize Tommy as a power pitcher, since his outpitch is his fastball, but he still has a lot of room to grow, which is something the South Mountain coaches likely saw when recruiting the tall righty.

“When he’s at his best, he pitches very smart and uses his off-speed effectively,” Nerland said. “He’s still expanding in his knowledge of how to get outs. I think with the pitching coach at South Mountain will make his ability even better as a college pitcher. From what I’ve seen the past four years, he definitely wants to learn and is very coachable.”

The intangibles, according to Nerland, are what make Tommy the type of pitcher he is.

“He’s the kind of guy who wants the ball,” Nerland said. “He could pitch nine innings and then the next day he says, ‘If you need me for an inning or two, I can do it.’ I think mentality-wise, he’s going to do very well as a pitcher.”

Tommy only threw about 22 innings in his high school season because the season is so short. Teams typically start their season in late April, which is when South Anchorage goes to southeast Alaska where the weather is a little less harsh to play a preseason tournament. The conference season starts in early May and runs until early June. Conference play consists of about 12 games in three weeks, and to advance to the state tournament, every game is vital to win.

“Baseball here is very short. You get three-four months to play ball,” Tommy said. “During those months, we play no matter what. We have a few turf fields so we can play through rain. I’ve even had it snow during one of the earlier season games, so we don’t stop for snow. There would have to be a hurricane to stop the game.”

“They’ve got to work extra hard because we’re not in Arizona or Florida where you can play year round,” Tara Koloski said.

Tommy remembers shoveling his high school field as a freshman because the season was approaching and there was still piles on snow on the field.

“Here we were, every team in the conference, shoveling the outfield and dumping it over the fence so we can get some clear area to play,” Tommy said.

In the non-playing months (September to April), Tommy and other South Anchorage players practice and work on their games in a dome in Anchorage.

“It takes a lot of self-motivation by the players,” Nerland said. “We offer indoor practices, but we keep asking ‘who’s dedicated to get better?’ because obviously in February and March, you aren’t going to be outside.”

Looking back, Tommy said the process of being an Alaskan ball-player finding somewhere to play in college wasn’t easy, but it wasn’t impossible.

“If you work hard enough, it isn’t too hard. When you have to rely on people coming to Alaska to see you, that’s when it gets super difficult. Because nobody’s going to come up to Alaska to see one kid when they can go down to Arizona and scout 50 kids at a time, so that part’s really hard,” Tommy said. “When people just want to see you play, you have to buy a plane ticket to go down to where they want to see you, you have to sign up for all these showcases and tournaments. That’s kind of what I had to do throughout my high school career—play on every tournament team from around Alaska that’s out of state, and every opportunity to go out of state I had to do it because you have to be seen.”

Tara Koloski doesn’t know where her son would be going to school if it weren’t for the Baseball Factory events that her son attended.

“It was so important; it was all of it. There was no other way that any school would’ve seen Tommy if we didn’t get out there. If he didn’t get to go out to Arizona. Up in Alaska, we’re so far away from everything, there are some guys who will come up and check out some people in the summertime, but not really because we’re so far away from everybody. It’s so important to get out there and get noticed,” Tara Koloski said.

“It was huge; it was all because of the Preseason [All-America] Tournament that got Tommy seen.”

And it all started with a College PREP.

The Under Armour Baseball Factory National Tryout Tour will be stopping in Anchorage, Alaska, for a College PREP on July 11 at the Kosinski Field Complex. Click here to register for all our events.