For the last six years, hundreds of eighth and ninth grade athletes from all around the country have made their way to Florida to take part in Baseball Factory’s All-America Pre-Season Rookie Tournament, powered by Under Armour.

The event has been the springboard for many talented players to continue growing their game. Several have gone on to play in the Under Armour All-America Game or been drafted into the professional ranks like Cole Brannen (participated in 2014 All-America Pre-Season Rookie event), Alek Thomas (2015) and Jordan Groshans (MVP of 2015 event). All three played in the UA All-America Game and have been selected by major league teams in the Draft.

This year’s event saw nearly 150 athletes joining Baseball Factory coaches at the new home of the All-America Pre-Season Rookie Tournament, the Lawnwood Sports Complex in Fort Pierce, FL. The facility is top notch, the weather was beautiful and our coaches and scouts saw a number of talented young athletes.

We kick off our coverage of the 2019 All-America Pre-Season Rookie event with a look at some talented freshman catchers from the 2022 class.

Schyler Arroyo – C | 5’8”/160 | R/R | Hagerty HS (FL) – Arroyo posted his best pop time (in-game) at 2.01 and at 5’8″/160 has plenty of room to continuing filling out. Schyler is a very athletic 2022 backstop. He receives the ball very well, featuring soft and quiet hands and the ability to earn strikes. He shows elite blocking technique, centers everything, while saving bases and runs. Solid at the plate, showing the potential to be a plus hitter at the catching position. Arroyo showed plus power and can really drive the baseball pull side. 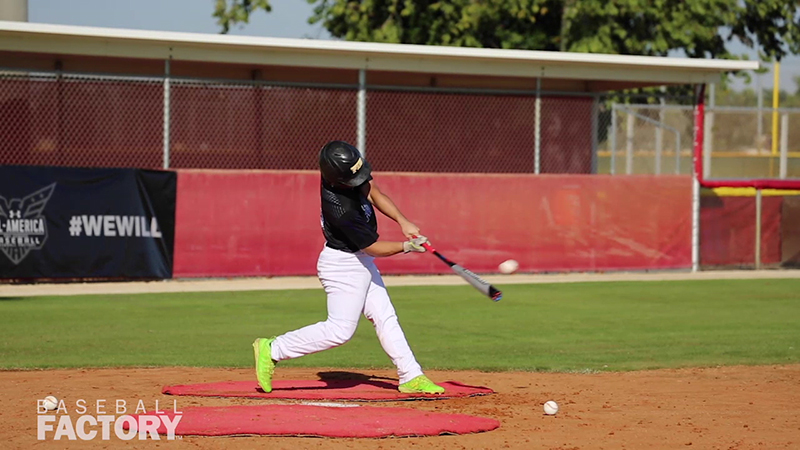 Nic Frink – C/RHP | 6’0”/175 | R/R | Scarborough HS (ME) – Nic posted the top exit velo of 95 mph during the hitting portion of the workout. Frink, who made his second-consecutive appearance at the Pre-Season Rookie event, leaves as an advanced freshman catcher. He receives very well, beats the ball to the spot and doesn’t get caught awkwardly glove side at all. The 6’0/175 catcher also shows solid blocking technique. With the bat, Frink has big time power as evidenced by his bat exit velo. Very advanced at the plate, hitting two missiles for base hits during gameplay. 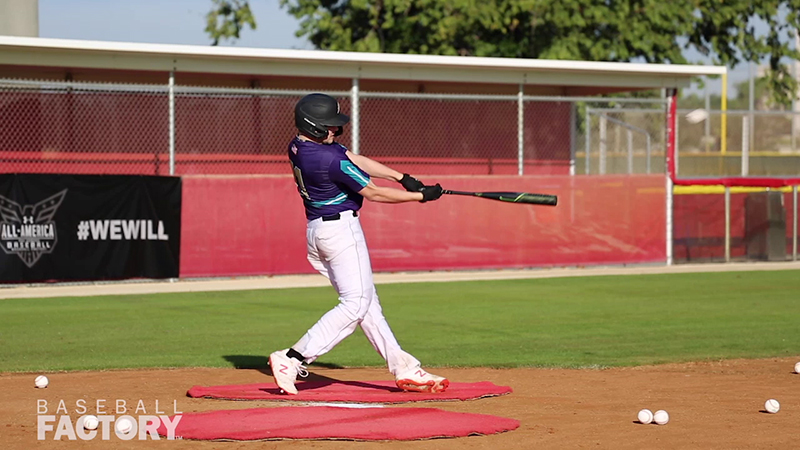 Andrew Glass – C | 5’11”/165 | R/R | Barbe HS (LA) – Andrew looks to be the next in a long line of high level prospects to come from Barbe HS. He has an athletic look with natural actions in all that he does. At the plate he boasts a clean, repeatable right-handed stroke that results in lots of hard barrel contact. He took an impressive BP and followed it up with a hard hit double during the game. Defensively, Andrew sits well behind the plate with sure, strong hands and carry to his throws to 2B that were as low as 2.03. Overall, this is a very complete player with a bright future ahead.

Braeden Gonzalez – C | 5’9”/185 | R/R | Geneva Community HS (IL)  – Braeden showed as the best in-game receiver at the Rookie event. Braeden is a very technically sound freshman catcher who works hard behind the plate and instantly becomes the apparent field general. Works to get underneath the ball and earn strikes. Good strong receiving hand and knows how to call a game. His blocking technique is solid, centers the ball well and controls rebounds, keeping the ball in front of him to get to it quickly. 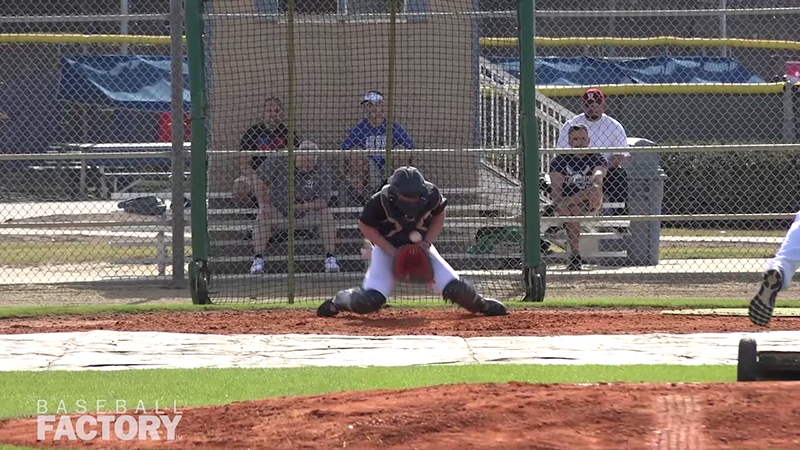 Hayden Perry – C | 5’10”/170 | R/R | The Episcopal School of Jacksonville (FL) – Solid all-around, Hayden showed well throughout the UA Rookie All-America Pre-Season event. He is an advanced receiver who is flexible, sits low and has good hands. He looks comfortable both securing balls and blocking balls in the dirt. Add in that he threw a 2.09 to second and you see that Hayden checks most of the boxes behind the dish. As a hitter he shows some present strength and an aggressive approach that includes a slight hand hitch before doing damage. This is a quality prospect to follow closely. 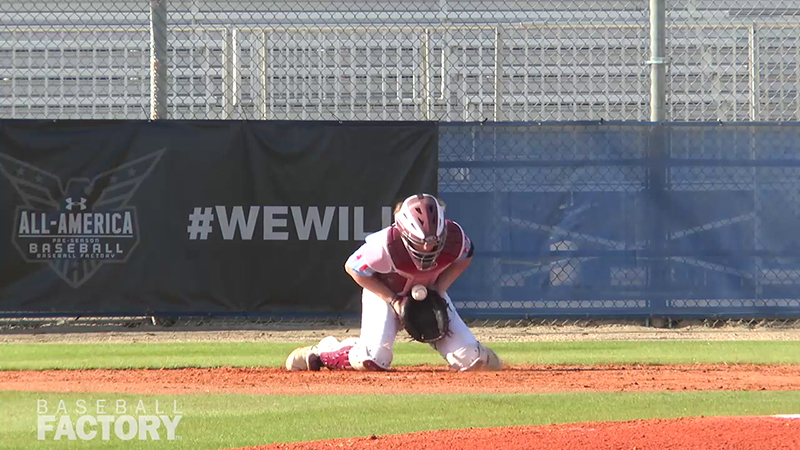 Nick Warren – C | 5’8”/175 | R/R | Ironwood Ridge HS (AZ) – Warren is the kind of player you want to have in your dugout! He’s a gamer that plays hard and helps you win every time out. He is a polished receiver with natural glove action and a flexible, low base. He’s also solid on balls in the dirt and has a quick, efficient release to go with an accurate arm when throwing to bases. At the plate Nick doubled in the game and had a quality batting practice showing the ability center balls on the barrel and send line drives to all fields.

Haden Youngblood – C | 6’1”/170 | R/R | TC Roberson (NC) – Using his 6’1” frame and present strength, Hayden put on an impressive display at the plate over the course of the event. He drove two doubles to the left-center field gap in games and showed an advanced feel for the strike zone by walking twice when he wasn’t doing damage with the bat. As a defender, he has a quick release behind the plate to go with solid blocking and receiving skills. Hayden can really swing the bat and looks to be a run-producing bat at the next level. 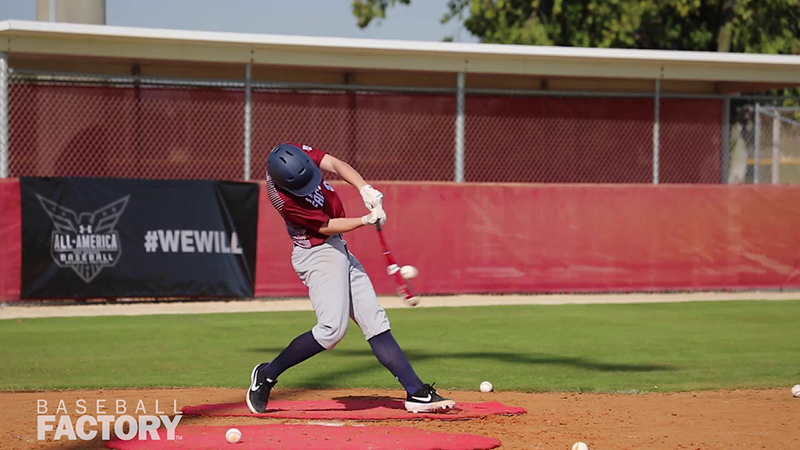 Keep an eye on this one…. One other catcher from the 2023 class that performed well during Rookie Pre-Season:

Josh did a very nice job behind the plate during the event and showcased his ability to lead the defense at the catching position. Handled pitchers very well and put on a blocking clinic during gameplay. Made very accurate throws to second base and has polished footwork as well. Delivered a 2.2s pop time in game and with his strong and compact frame, will project nicely there moving forward.