The 2016 Under Armour Pre-Season All-America Tournament is set to begin this Friday in Mesa, Arizona at Sloan Park, the Spring Training home of the Chicago Cubs. The event gives players from around the country the opportunity to showcase their skills, make a name for themselves and get noticed by college coaches.

It is an intriguing and exciting bunch from the ’18 grad class that will take part in this elite showcase with the chance to make their mark as a Pre-Season All-American. The next step is getting noticed and being named an Under Armour All-American and to play this summer in Chicago at Wrigley Field.

Executive Vice President of Baseball Operations and Chairman of the Under Armour All-America Game Selection Committee, Steve Bernhardt gives his take on the 5 players to watch from the 2018 grad class at this weekend’s Pre-Season All-America Tournament: 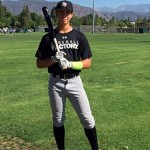 Brandon Birdsell (Willis, TX) – Brandon has molded himself into a highly-touted prospect and one of the top two-way players in the 2018 class. Great mix of body, athleticism and ability to play the game. He works fast and pounds the strike zone with a commanding fastball that hits low 90’s with good life. At the plate, he sprays the baseball all over the field and swings with authority. He has good speed on the bases and is athletic enough to play multiple positions around the diamond.

Tahj Cunningham (Tallahassee, FL) – Tahj is an elite athlete and has solid tools across the board. He is a plus runner who can stay and play well in CF and should certainly be able to hit at the top of an order at the next level. The right-handed hitting outfielder attends Lincoln High School in Tallahassee, FL.

Raynel Delgado (Hialeah, FL) – Delgado has an advanced feel for the game that allows him to put all the tools you see in a workout play out in live-game situations. Defensively, he’s a polished short stop with sure hands. A switch-hitter, Raynel has a short and simple stroke with barrel accuracy from both sides of the plate. He has natural instincts to play the game and be a true baseball player.

Miko Rodriguez (Ada, MI) – At last September’s Under Armour 16U Southwest Championships, Rodriguez put on a big-time performance, turning some heads in the process. Big and projectable (6’0″, 190) the ball exploded off his bat with good exit velocity, he has plus arm strength and can really run, as evidenced by a 6.80 60-yard time he ran at the event. Miko Rodriguez is a special player with a very bright future ahead and a name you’ll want to remember.

Treet Williams (Tomball, TX) – Treet has committed to Dallas Baptist University and enters his second consecutive Pre-Season All-America Tournament. Defensively, he’s a hard-nosed catcher that leads by example on the field. He moves well laterally behind the dish, keeping the ball in front with good blocking technique. Treet is a switch-hitter with a mature approach from both sides of the plate. His hitting is advanced and can spray the ball to all fields with legitimate power.