Kauffman Stadium and the Kansas City Royals, once again, played host to the Baseball Factory All-America Game powered by Under Armour. Following a 2021 roster that produced 4 of the first 5 selections in the MLB Draft, the 2022 group did not disappoint with a combination of high-end tools and excellent performance.

As the rain subsided, RHP Travis Sykora began the game making a loud statement with his 99mph fastball and nasty slider. He punched out two in his scoreless inning on the mound. An RBI single off the bat of Bryce Eldridge in the bottom of the 1st gave the American team a lead it would never relinquish. 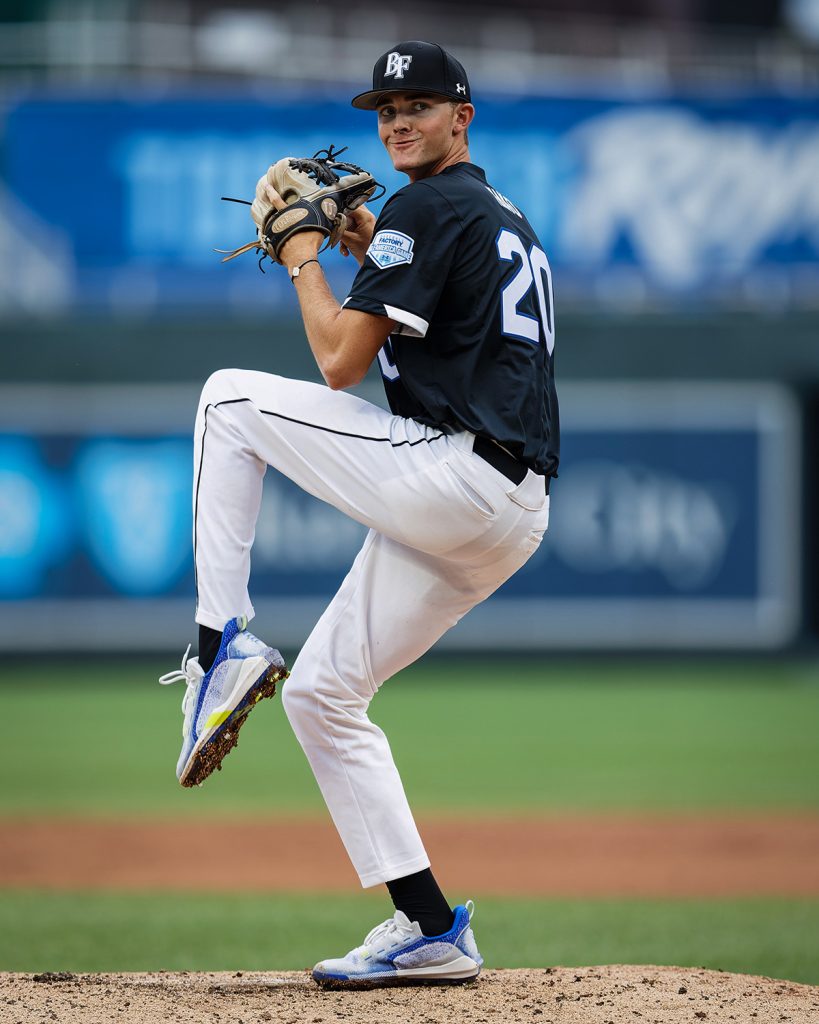 Two scoreless frames from RHP Chance Mako, who showed great pitchability and huge upside, along with zeros posted by Charlee Soto, Chase Meyer and Adam Hachman kept the score at 1-0 into the bottom of the 4th. Soto was his usual self, topping at 95 and showing feel for his off-speed offerings. Meyer touched 96 and flashed a slider that had over 3,000 rpms, and Hachman had his coming-out party for the scouts as he pounded the zone and was up to 97 mph from the left side.

The American team took advantage of some 2-out walks in the 4th and got a big hit from Blake Mitchell that plated two runs. Eldridge forced in another with a walk and the home squad finished the 4th up 4-0. After a scoreless outing from Tommy Roldan, the American squad was at it again in the bottom of the 5th. A walk and error set the stage for a double off the bat of Eric Bitonti and single from Duce Robinson to drive in runs for the American squad before Mitchell again barreled a ball to drive in the fourth and final run of the frame, giving the home team a commanding 8-0 lead.

Brayden Sharp and Cade Arrambide got the first hits for the National team in the 6th and in the 7th they finally pushed across a couple runs. A Kevin McGonigle triple and Chris Hacopian walk set the stage for a ringing double off the bat of Alfonsin Rosario to get the National squad on the board. 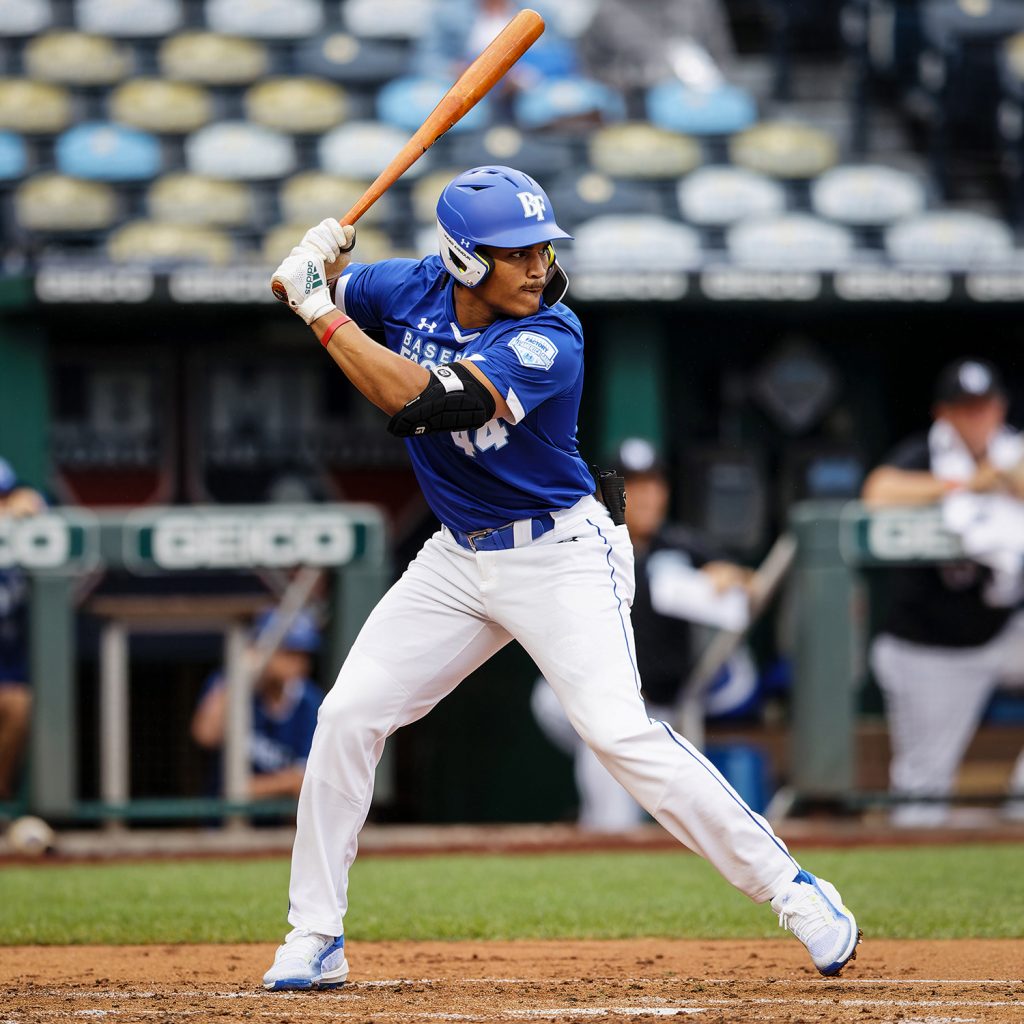 That was an answer to George Lombard, Jr single-handedly producing a run in the bottom of the 6th with a single, a steal of second and a steal of third where he scored on an overthrow.

The bottom of the 7th and 8th saw more of the same, as the American team added to their lead. 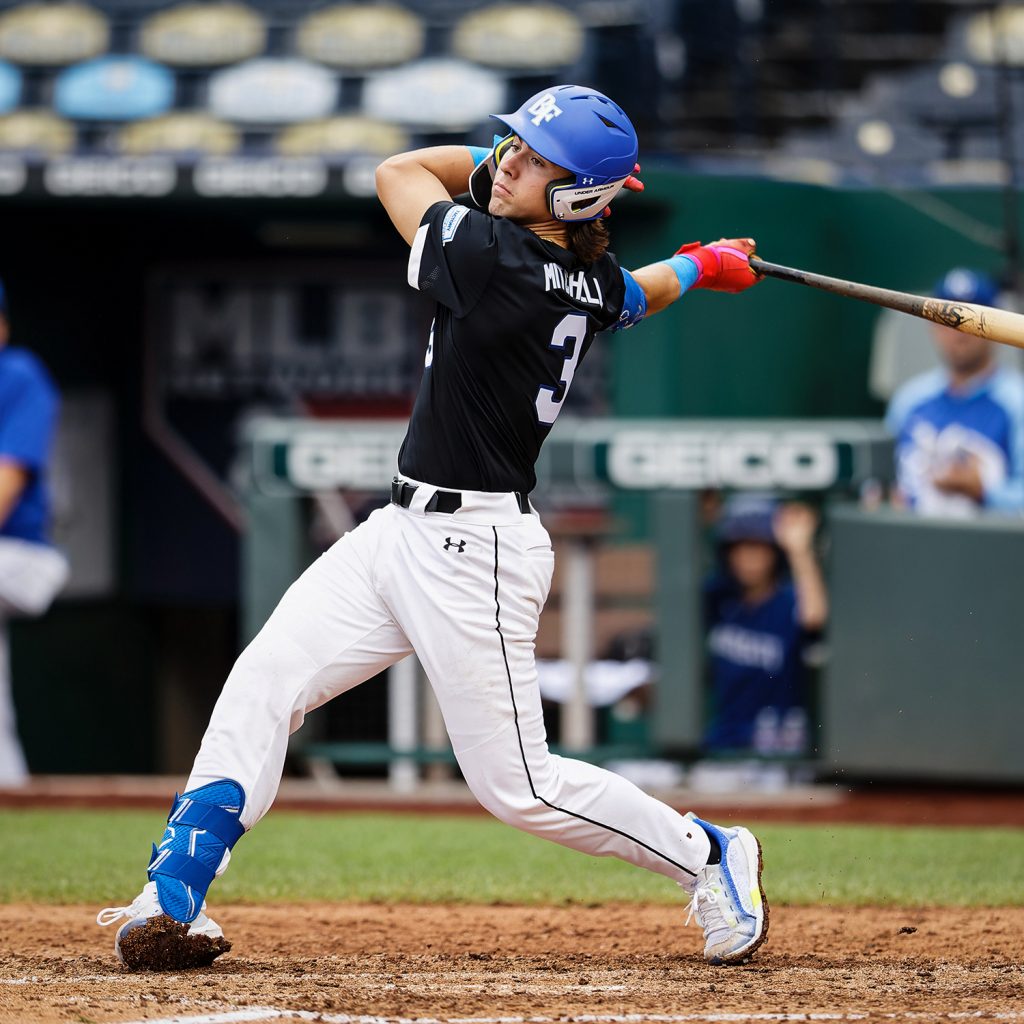 Blake Mitchell drove in 2 more runs with another single that solidified the MVP trophy for him as well as his standing as the top prospect in the 2023 high school class. Those runs were set up thanks to a lead-off single from Fabio Peralta followed by a Colt Emerson double. In the 8th, triples from Colin Houck and Braden Holcomb along with a walk to Peralta led to 3 more runs.

Scoreless innings from Eldridge and Liam Peterson closed it out for the American Team who left Kauffman Stadium with a convincing 14-2 win. Along with Mitchell’s MVP, Kevin McGonigle was awarded the Kelly Kulina Award as the player best exemplifying the high character and work ethic that Kelly displayed during his time with Baseball Factory. Thanks to Under Armour, the Kansas City Royals, the players, and all of the partners who made the 2022 Baseball Factory All-America Game powered by Under Armour a huge success! 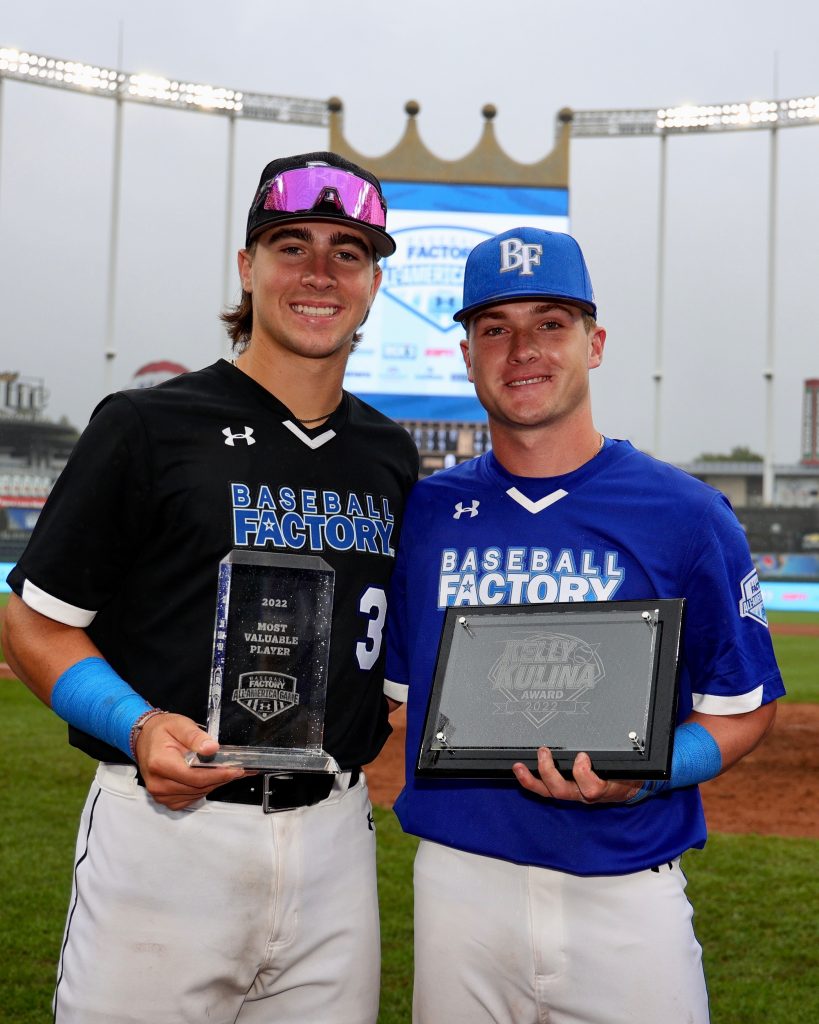