Baseball America recently released their Top 10 Prospects list on each team’s highly-rated players and many Baseball Factory alumni find themselves as top prospects heading into the 2015 season.

Each Thursday, we’ll take a look at where our alumni stand according to Baseball America’s rankings, looking back at how they got their Baseball Factory experience started and what they’ve done so far during their professional careers.

Rankings are prioritized by Baseball America and numbered 1 through 10 for each team. This week, we take a look at the Top Prospects from Baseball Factory’s alumni in the American League West. 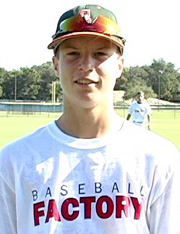 The Skinny: The Astros took Phillips in the sixth round and absolutely rave about his above-average arm and speed and all-around athleticism. He tore up Low-A Quad Cities last season, hitting .302 with 21 doubles and 12 triples. Phillips led the low class A Midwest League in slugging (.521) and 14 outfield assists. He was then promoted to High-A Lancaster and continue to show he projects as a solid-average hitter, hitting .339 in 27 games.

Can he continue to show the power that began to bloom in 2014? That’s the question for scouts as they continue to find out whether he’ll be a future every-day hitter in the Astros lineup. 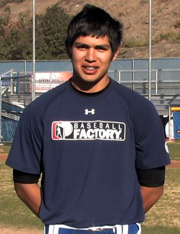 The Skinny: Ruiz put together a very solid season at High-A Lancaster as a 20 year old in 2014, hitting .293 with 37 doubles, tying for the lead in the California League.

He has a great approach at the plate, drawing 82 walks last season and shows a nice-and-easy smooth swing to boot. Defensively, he’s continuing to work at third base on his backhand and being more consistent with his arm, according to Baseball America. 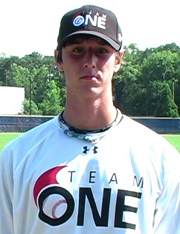 The Skinny: Ellis, the Angels third round pick last season, helped his college (Mississippi) reach the College World Series and then joined Orem in the Rookie league as the Angels carefully managed his outings – limiting him to no more than three innings per appearance.

He’s really worked on his fastball, showing a lot of sink and late life, in addition to a power slider that he throws in the mid 80’s and an above-average changeup.

Ellis has the makeup and the stuff to be a starter in the big leagues very soon, but first, he’ll need to pitch in a full season in the Angels organization. Baseball America predicts he’ll start at Low-A Burlington. 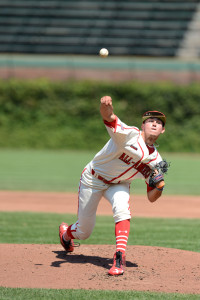 The Skinny: Gatto was a physical presence at the 2013 All-America Game and was selected by the Angels in the second round of last year’s draft. The 19-year old can really ring up the fastball (97 mph) and utilizes a curveball and changeup which both project as above-average pitches.

He spent last season splitting time between Orem and the Arizona rookie league Angels, starting seven games with a 5.33 ERA but that won’t deter the Angels from moving him up to Low-A Burlington for 2015. 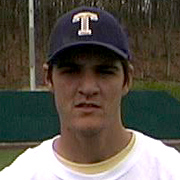 Tropeano will receive an opportunity to win a spot in the Angels rotation out of camp. However,  according to Baseball America, he has two minor league options remaining and could find himself at Triple-A Salt Lake. He has a fastball that touches 93 mph and a slider that works between 78-81 mph. Could he find himself more suited for the rotation or the Angels bullpen? 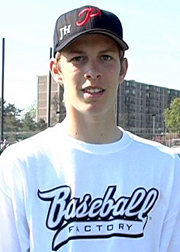 The Skinny: The former fifth round selection of the Angels in 2013 missed part of 2014 with an elbow injury, but did not need surgery.

Healthy heading into 2015, he’ll likely start at Double-A Arkansas where he ended last season. Being healthy is what the Halos organization will want to see from McGowin this season. Scouts like his repeatable delivery as well as his low 90’s fastball that runs and sinks.

Scouts say his best pitch is a plus slider, averaging around 82 mph and a changeup, all the while keeping the ball low in the zone. That will translate into more ground balls.

Baseball America says Robertson has the “makings of a well-rounded offensive shortstop”, and his 2014 is an indication he’s doing just that. He hit .310 at High-A Stockton with 15 round trippers and 60 RBI. He showed strength to hit mistake pitches out of the park and defensively, he’s instinctual and has great hands.

He’ll head to Double-A Midland for 2015, and team with the next player on our list for an impressive 1-2 punch. 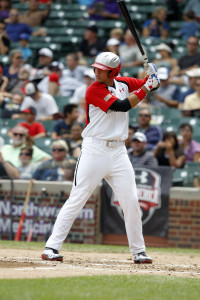 The Skinny: The duo of Robertson and Olson terrorized High-A pitching last season as Olson developed into a legitimate power hitter in the A’s organization, hitting 37 home runs, good for third-highest in the minors.

What may be even more impressive is his approach at the plate and his ability to draw a walk, leading the minors with 117. Olson is athletic defensively and plays first base relatively well, moving well around the bag.

According to Baseball America, the A’s may want to try Olson in the outfield to give him even more flexibility in the future for this power-hitting lefty. 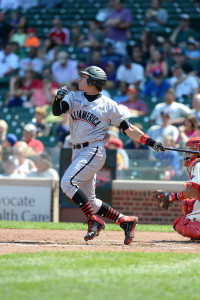 The Skinny: One of two players to be a two-time Under Armour All-American, Jackson went 6th overall in last year’s draft, going from high school ball (Rancho Bernardo) to playing 26 games in the Arizona League for the Mariners rookie team.

During his time with Baseball Factory, he was a catcher by trade, but the Mariners switched him to right field, his swing and defense will allow him to stick there for many years to come.

In just 82 AB’s last season, he finished with six doubles, two triples and two home runs. Baseball America makes a great point that moving Jackson to right field will allow the Mariners to move Jackson up quicker based on his bat and not waiting for his defense to catch up. He’ll likely start at Low-A Clinton in 2015. 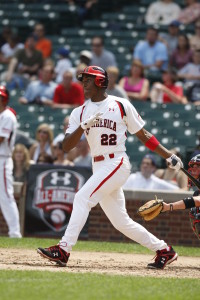 The Skinny: The Mariners second round selection in the 2013 Draft, split his 2014 campaign between the Rookie Arizona League Mariners team and Low-A Clinton. He spent the majority of his time with Clinton, hitting .291 with 17 doubles, 3 triples and 54 RBI.

Staying healthy is the name of the game for Wilson in 2015 who can still be an impact outfielder because of his athleticism. He’s learning to use his legs more at the plate and is continuing to work on shortening his swing at the plate. Wilson could begin 2015 with High-A High Desert.

The Skinny: By all reports, Diaz has by far, the best arm in the Mariners system. The lanky right-hander can get it up there with his fastball, touching 97 on the radar gun. He throws from a three-quarters slot that makes it tough on right-handed hitters.

He made 24 starts for Clinton last season, going 6-8 with a 3.34 ERA, striking out 111 batters in 116.0 innings pitched. Diaz sports a slider and changeup but will need to work on those secondary pitches down in the minors. The next step for Diaz will be to move up to High Desert to face slightly better hitters. Age is on his side here as he won’t turn 21 until this March.

The Skinny: The Mariners fourth round selection out of Old Dominion University in 2014, split his time between Rookie-Pulaski and short-season Everett, working primarily out of the bullpen. And by all accounts, his stuff was dominant.

Scouts raved about his ability to mix his pitches and hit spots in all counts at Old Dominion, but he had an uptick in velocity when he entered the Mariners organization, hitting 95 mph with his fastball at times. With Everett, he struck out 53 batters in only 38 2/3 innings pitched.

Baseball America predicts Yarbrough can be a useful reliever in the future with his low arm slot and deceptive delivery, but if the velocity stays high, he could find himself as a starter instead.

The Skinny: Carson made his debut for the Mariners last season as a 25-year old, pitching in 9 games and only allowing two hits while striking out 10 in 8 1/3 innings.

At Triple-A Tacoma, he pitched out of the bullpen, finishing with a 2.93 ERA in 43 innings pitched. The Mariners like the sink to his fastball and he rarely gives up the long ball, allowing just four homers in 157 pro appearances (counting his stint with the Mariners last season).

By all accounts, Smith will have a role as middle reliever in the M’s pen in 2015 and according to Baseball America, “has a shot to eventually handle the eighth inning” in the future.

The Skinny: The Rangers like Morgan’s discipline at the plate and is very patient at the plate. He has a lot of assets working for him at the pro game; his speed and defensive ability, flashing good hands and fretwork that is needed for a position up the middle.

He hit .336 with the Rookie-league Rangers and then .303 with short-season Spokane. He makes the most of his at-bats and can be a high-OBP hitter which should delight those people in the Rangers organization.