May 15 Matt Lund NewsShare This Article 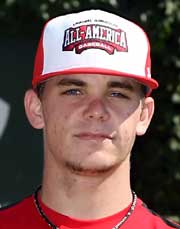 Scooter Gennett, Reds – Scooter was named the National League Player of the Week after going 13-for-22 with four home runs. The former Under Armour All-American also drove in 10 runs and is now hitting a team-leading .318 for the season.

Kevin Gausman, Orioles –Gausman (2009 UA All-American) has allowed two runs or fewer in each of his last five starts. Included in that stretch was an outing versus the Oakland Athletics on May 5th where he threw nine shutout innings allowing only two hits and striking out six. He’s lowered his ERA to 3.18 on the season.

Brandon Belt, Giants – Brandon has been swinging a hot bat of late. He is now slashing .297/.402/.931 for the season with seven home runs and 21 runs batted in, both second-best on the team. Belt was part of the 2005 Cape Cod High School All-Star Game.

A trio of former Under Armour All-Americans put together outstanding efforts down on the farm: 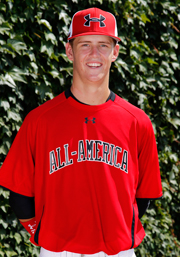 Carter Kieboom, Nationals – Carter, the Carolina League Player of the Week, went 15-for-27 last week for a .556 average with four doubles, a home run and six RBI. Kieboom was part of the 2015 UA All-America Game.

Cole Irvin, Phillies – Cole was named International League Pitcher of the Week after two outstanding starts for the Lehigh Valley Iron Pigs. The 2011 UA All-American went 2-0 in his two starts allowing only one earned run and seven hits over the fourteen innings. He struck out 13 over the two games. 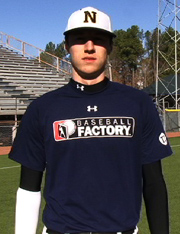 Will Watson, Maryland – Will was named the Big Ten Player of the Week after leading the Terrapins to a 4-0 record. The senior IF/OF went 9-for-18 on the week with three home runs (two in one inning) and 12 RBI. Watson attended an Under Armour Baseball Factory College PREP event in Jackson, MS in January of 2012.

Daniel Cabrera, LSU – Tabbed the SEC Freshman of the Week, Daniel went an impressive 10-for-13 during a four game stretch. He had two doubles, a triple, two home runs and 10 RBI. Cabrera participated in the 2016 Baseball Factory Team One National Florida Showcase.

Spencer Holcomb, Western Carolina – Spencer went 10-for-18 over a four game stretch during which he homered in each game. Along with the HRs, he scored eight runs and drove in six. Holcomb Under Armour Baseball Factory National Tryout in Greensboro, NC in March of 2011. 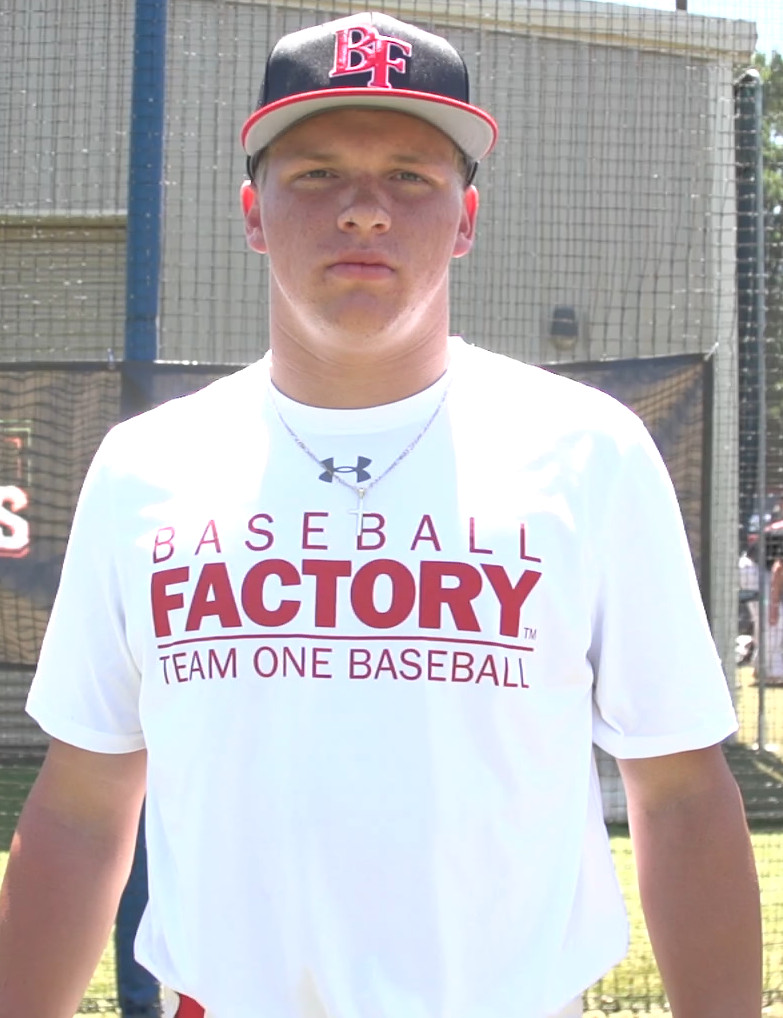 Logan Austin, Russell County (AL) – Logan has been outstanding all spring for Russell County. He is 10-1 on the mound with a 1.28 ERA. The sophomore right-hander recorded double-digit strikeouts in eight of his outings this year, and now has 139 Ks in 76.2 IP. Logan performed well in front of Baseball Factory coaches and scouts at the 2017 All-America Pre-Season Rookie Tournament.

Austin Pfeifer, Arbor View HS (NV) – Austin has seen a power surge this spring as he recently hit his 17th HR of the season. The unofficial national leader in that category is also hitting .427 with five doubles, two triples and 49 runs driven in. Pfeifer played in the Under Armour SoCal Classic in 2015 and attended an Under Armour Baseball Factory College PREP event in Las Vegas in June, 2016.

Juan Sigala, Jefferson HS (CO) – Juan is also putting up huge numbers this spring. He is an amazing 46-for-60 through 18 games for a .767 average. He also has nine doubles, three triples, four home runs and 30 stolen bases. Juan attended a National Tryout in Colorado Springs, CO earlier this month.