In Chicago at the 2015 Under Armour All-America Game, Carter Aldrete featured precise defensive actions with standout ability to carry his throws across the infield. His right-handed stroke was simple and coordinated, allowing for consistent hard contact in BP. 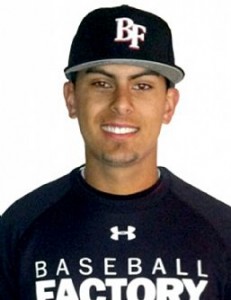 ROAD TO WRIGLEY:
1) 2014 Under Armour Southwest Championships 18U
2) 2015 Under Armour Pre-Season All-America Tournament 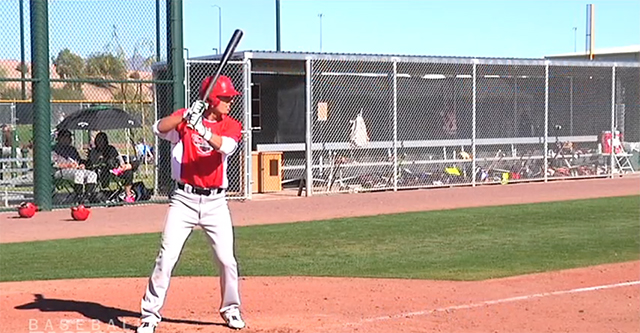 PREVIOUS SCOUTING REPORTS:
We first saw Carter at the 2014 Under Armour Southwest Championships (18U) as a member of the Trosky Baseball Peninsula team. He impressed defensively at that event, and earned his way to the UA Pre-Season Tournament in Mesa, Arizona as a result.

His performance at Cubs Park in January 2015 revealed a much more well-rounded set of tools, along with an advanced feel for the game — a combination that earned him Top 10 honors among 2016 graduates. His scouting report from that event recap is posted below:

Carter Aldrete played the game with an instinctual and natural approach, such that the game appeared to come to him very easily. He showed a well-rounded set of tools in workouts, though his ability to apply those abilities to the game is what makes him special.

He posted 6.87 in the 60 yard dash, and stands a 6-foot-2 and 190 pounds with a slender waist and some width to his shoulders. His right-handed stroke featured good rhythm and balance, and he showed the ability to make hard contact to all fields. He collected a pair of singles, including one to the opposite field, and a walk in eight trips to the plate.

Defensively, he moved his feet with quickness and showed the body control necessary to make plays off-balance and on the move. He instinctually picked good hops and positioned his body such that he was able to catch and throw with momentum working towards the target.

His combination of natural skill and instincts should come as no surprise considering his baseball bloodlines. His dad Rich Aldrete played at the University of California, and reached the AAA level as a 31st round pick of San Fransisco Giants. He was also the head coach of California State University – Monterey Bay from 2006-2010. His uncle Mike Aldrete was a 7th round pick by the San Fransisco Giants out of Stanford University, and went on to play 10 Major League seasons with seven teams (Giants, Expos, Padres, Indians, Athletics, Angels and the 1996 World Series champion New York Yankees). He also served as the first base coach for the Seattle Mariners, hitting coach for the Diamondbacks, hitting coach and bench coach for the Cardinals, and is currently the bench coach for the Oakland Athletics.