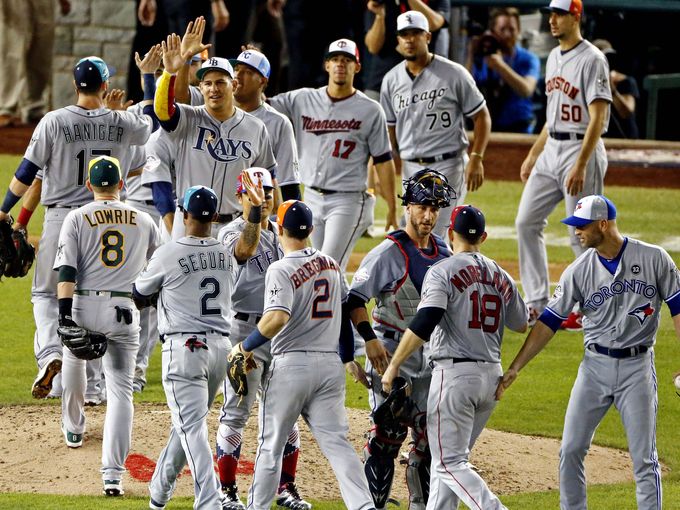 Just because the MLB All-Star game no longer determines home field advantage for the World Series, it has most certainly not lost its competitive edge. In the 89th edition of the Midsummer Classic, the American League stole an extra inning victory away from the host National League. This 8-6 victory at Nationals Park in Washington, D.C. was the twelfth in the last fifteen years for the American League and also their sixth straight.

After falling behind 5-3 heading into the bottom of the 9th, Cincinnati Reds second baseman and Baseball Factory alumni Scooter Gennett (2008 Under Armour Preseason All-American, 2008 Under Armour All-America Game) hit a clutch game-tying two run homerun with one out. This sent the game into extra innings, but it would not stay tied for long thanks to a pair of long balls by Astros teammates and Baseball Factory alumni Alex Bregman (2009 Team One Futures Game, 2010 and 2011 Under Armour Preseason All-American) and George Springer (2007 Cape Cod High School Classic, 2007 National Tryout). The go ahead homer by Bregman was enough to name him the 2018 All-Star Game MVP.

Although the last three innings turned into a slugfest, with an ASG record 10 homeruns hit in total, the first seven innings of the game were dominated by pitching. For the National League, Max Scherzer started off strong, throwing two solid innings and striking out four. Factory alumni Aaron Nola (2008 National Tryout, 2010 National Tryout) of the Phillies also struck out two and let on no baserunners in his one inning of work for the host team.

Boston’s Chris Sale started off strong for the American League as he struck out one in the opening frame (his sole inning of work). Blake Snell from the Tampa Bay Rays also impressed as he struck out three batters over an inning and two thirds.

The game was a perfect way to conclude the All-Star festivities in Washington DC. It was also fitting that the night before, Factory Alumni and Nationals’ superstar Bryce Harper (2008 UA National Tryout) slugged his way past Chicago Cubs outfielder, Kyle Schwarber in order to win the 2018 Home Run Derby.