The MLB Draft is a three-day event where many life-long dreams for baseball players come true. At the same time, it can be a very difficult time for players who go un-drafted, or fall deeper in the draft than they anticipated. For some prospects, that process has a devastating effect while others are motivated by the perceived snub. In some cases, sign-ability issues, injury or perceived makeup issues cause a draft slide, but in some cases players just get under-rated or overlooked. 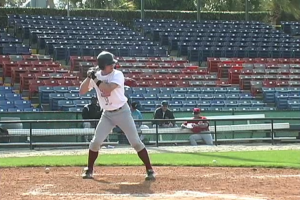 Just as each draft produces Major League contributors, each one also produces its share of misses that come to light several years later.

Take last year’s MLB All-Star rosters for example. Several players that we saw at Baseball Factory events during their high school careers were entirely passed over or drafted late – opting in most cases to attend college. Several years later, they ended up playing in Major League Baseball’s All-Star Game.

At the top of the list is last year’s AL MVP, Josh Donaldson. The 2004 Under Armour Pre-Season All-American was impressive at our Vero Beach event but went un-drafted out of Faith Academy in Alabama. After an excellent career at Auburn, Donaldson was selected 48th overall by the Cubs as a catcher, and continues to pile up outstanding Major League numbers. 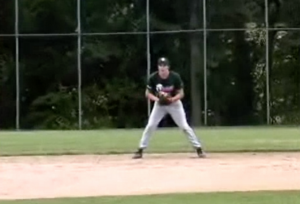 Pollock at a Baseball Factory event in 2005.

Another player passed over out of high school was Connecticut native, AJ Pollock. A member of Baseball Factory’s Exclusive Program and part of the Factory’s Arizona Fall Classic Team and Team One Showcase in 2004 & 2005, AJ performed at a high level each time we saw him on the field. Still, no team was willing to take a chance on the then-shortstop out of the northeast, instead opting to watch him develop into a 1st round selection out of Notre Dame and a 2015 All-Star.

Two California natives also went from passed over out of high school to college draft pick to the 2015 All-Star Game.

Brandon Crawford stood out among a talent-laden Baseball Factory Team One event back in 2004. The left-handed hitting shortstop went un-drafted the following summer and enrolled at UCLA. He became a 4th round selection out of college and has solidified himself as one of the top shortstops in all of baseball. 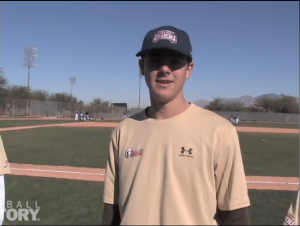 Kris Bryant at the 2008 Under Armour Pre-Season All-America Tournament.

Unheralded catcher Stephen Vogt had an even tougher path to 2015’s All-Star Game. The Baseball Factory Pre-Season All-American and Exclusive Program member has hit everywhere he has played, but has continually had to prove his worth. He, also, was not selected in the draft out of high school. He headed to Azusa Pacific where he earned numerous accolades and became a 12th round selection in the 2007 draft. It took him several years in the minor leagues, but in 2015, Vogt received the honor of representing the Oakland Athletics in the All-Star Game.

One more player that has made teams wish they drafted and signed him out of high school is Kris Bryant. The former Under Armour Pre-Season All-American wasn’t taken until the 18th round of the 2010 draft. He opted to attend the University of San Diego and became the 2nd pick in the country in the 2013 draft. Two summers later, he was playing in the All-Star Game.

While dreams are certainly realized during the draft, it also causes its share of disappointment. In many cases it works out well for high school players as they get their education, mature and develop as a player and person. In some cases, they still realize their ultimate dream of playing in the Major Leagues, maybe even an All-Star Game …it may just be on a different timeline than a senior in high school expects.