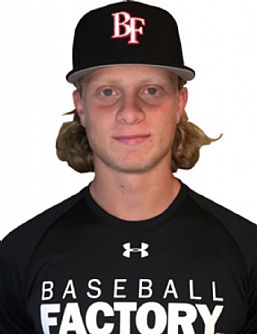 A true athlete on the mound, Shane Baz is a RHP with outstanding stuff. At 6’3”/190 he is able to get some plane to his tailing fastball that sits comfortably in the low 90s and creeps higher at times. He throws a very effective high 80s cutter off his fastball and completes his arsenal with a solid curve and a change. His breaking ball has ¾ tilt with some depth and his change has some fade.

He is a competitor on the mound – aggressive with his fastball and not afraid to pitch inside. Shane’s delivery has good tempo and his release point is consistent across his offerings.

He also plays third base for Concordia Lutheran (the same school that produced former Under Armour All-American Ke’Bryan Hayes) where he swung the bat well this spring. He hit eight home runs and has shown some flashes of that power this summer. Shane’s ceiling appears to be higher on the mound where we look forward to seeing him at Wrigley Field.