While the National High School Invitational featured several top 2018 prospects, there was a wealth of underclass talent featured at the event as well. 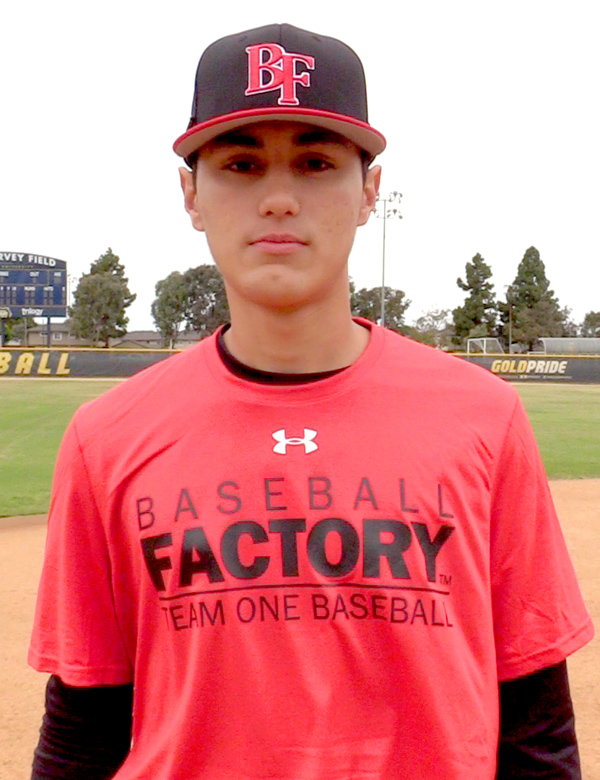 The tournament champions, Orange Lutheran, featured several impact players in the younger graduating classes. It started with 2020 OF Chad Born. The lead-off hitter seemed to always be on base, hitting balls hard throughout the event and starting several rallies. Fellow OF, 2019 USC commit, Jasiah Dixon showed a quick bat and oozed athleticism on the field…and with a back-flip celebration after a win.

Two-way OF/RHP Max Rajcic impressed at both spots. He has a thick, strong frame and a coordinated RH swing at the plate. On the mound, he was up to 93 mph and likes to compete on the mound. Other intriguing players on their roster were 2020 3B Elijah Buries, 2020 RHP Christian Rodriguez and 2019 RHP Evan Adolphus.

Tourney runner-up Green Hope High School out of North Carolina had a couple of noteworthy young players themselves. Few players produced as much in the NHSI as Liam Norris. The 2020 UNC commit was dominant on the mound in a start against Walton where he was up to 93 mph. Additionally, he had quality at-bats throughout the week including a walk-off single for his squad. SS/P Kohl Abrams also had an impressive event. 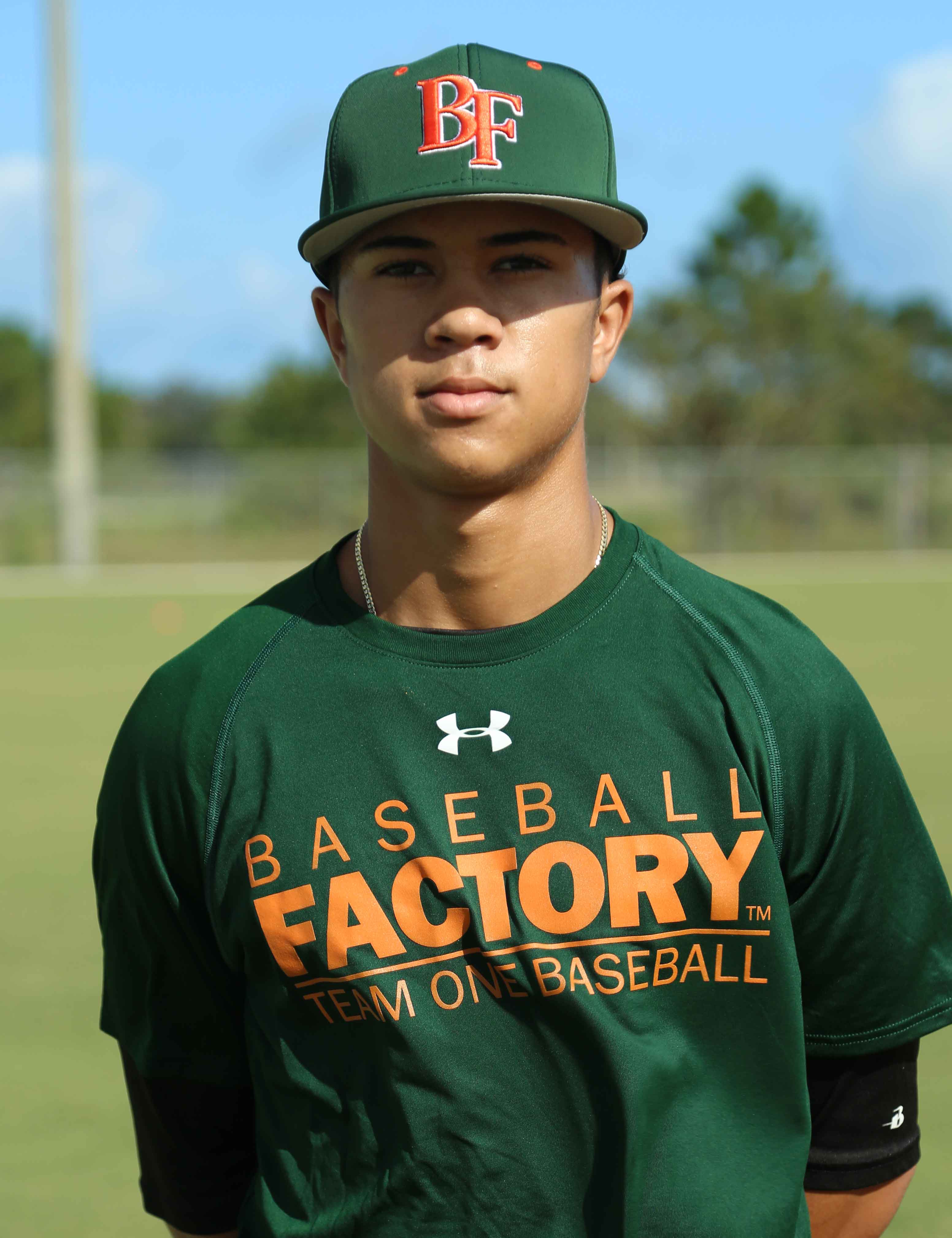 As expected, the four Florida schools brought with them plenty of young talent. American Heritage had several young players make a big impact for them. LHP Ryan Cabarcas started their first game and was outstanding against Santiago (CA). He showed a ton of confidence in his curveball that worked as an out-pitch for him throughout the outing. Two 2020 Vanderbilt commits, Enrique Bradfield and Gavin Casas, were main cogs in their offense. Bradfield batted lead-off and played CF, and found himself on base quite a bit, while Gavin showed an advanced approach at the plate and found the barrel on several occasions. Fellow Vandy commit, 2021 LHP Devin Futrell has a ton of upside, and pitched well in his start in Cary. He’ll be interesting to follow over the next few years. Finally, 2020 Jordan Carrion continues to show smooth actions and plenty of arm at SS that are mature for his age.

Calvary Christian’s young players should allow Coach Alan Kunkel to continue to feature an outstanding line-up for the foreseeable future. FIU commit 2019 Ben Rozenblum held down the interesting combination of catching and lead-off duties. His present strength and short swing led to a home run and several good at bats through the week. Fellow 2019s Ryan Keenan (Vanderbilt commit) and Mykanthony Valdez (Miami commit) each tripled in the tournament and were mainstays in the loaded batting order. Another impressive young hitter was 2020 Dante Girardi. He has rhythm and a controlled aggression in the box that led to him finding the barrel consistently throughout the week. On the mound, 2021 grad and Florida commit Andrew Painter should be the team’s future ace.

George Jenkins HS got major contributions at the plate and in the field from 2019 catcher Jacob Herbert (6’2”/220 committed to Florida) and on the mound from 2019 LHP Daniel Batcher (a projectable 6’4’/165 and committed to WVU). Finally, Trinity Prep’s 3B/P Andrew Roberts was solid throughout the NHSI. The 2019 grad, and Florida commit, showcased his ability to help his team in a number of ways. 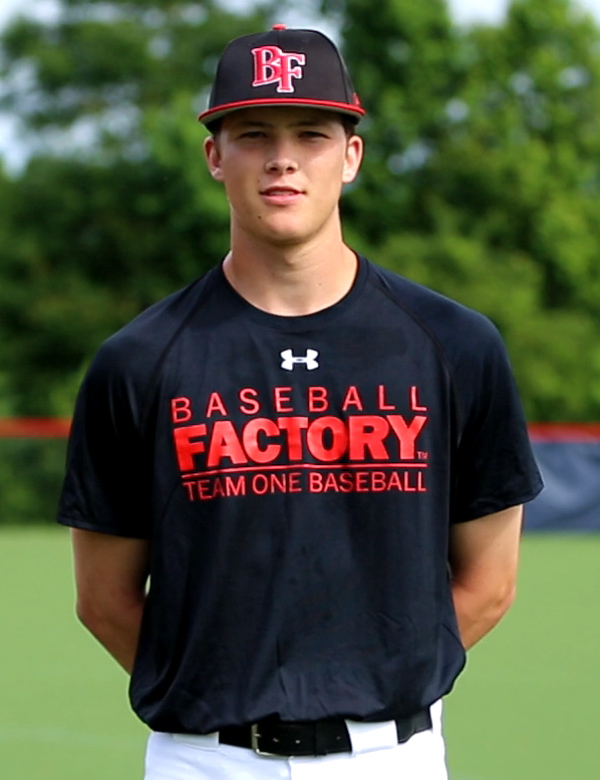 Perennial powerhouse Mater Dei always seems to have young talent in the funnel, and this year is no exception. 6’11” RHP Hunter Cope pitched in the upper 80s, touching 91 mph, with the expected downhill plane. The 2019 grad is committed to San Diego and has a very bright future. Fellow 2019 CJ Rodriguez controlled the game well from the catching position and the Vandy commit was a presence in the middle of the order. Hitting right before Rodriguez in the line-up was 2021 grad, Alonzo Tredwell. With a large 6’5”, 205-pound frame and a pretty left-handed stroke, this UCLA commit should do damage to opposing pitchers for years to come.

A few other young position players who impressed were 2019s Pierce Gallo and Luke Boynton from Walton and 2020 Edward Howard from Mt Carmel.

Gallo, a Clemson commit, seemed to find the barrel all week and was solid at SS, while teammate Boynton (Nebraska commit) is big and physical and put on one of the most impressive batting practice displays of the event to go with some loud game contact. Howard is silky smooth at the shortstop position showing quick feet, sure hands and natural actions. With the makings of a sound swing, the Oklahoma commit should flourish into one of the better infielders in his class.

While many others showed well throughout the week of the NHSI, this is a taste of the young talent that was on hand. USA Baseball did an outstanding job of bringing in sixteen quality teams that had lots of individual talent on their rosters.