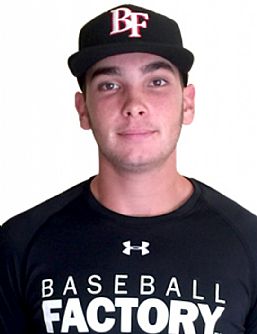 Triston Casas returns to Wrigley Field as an Under Armour All-American for the second straight year. He once again brings what may be the best hit and power combination in the country back to Chicago, but this time he will bring with him another gold medal and a new graduation year.

Recently re-classified as a 2018 graduate, Triston batted clean up and led the USA 18U team in home runs and runs batted in during their Pan Am Championship run. Despite being the youngest player on the team, he was an instrumental factor in the team’s success. It appears that Triston is making international success a yearly thing. In the 2015 summer, he hit .429 with 2 HR and 10 RBI in leading USA Baseball’s 15U team to a championship as well. In between, he did what he always does…hit – as he batted .453 as a freshman at Florida powerhouse American Heritage High School.

The 6’4” Casas has a mature, advanced approach at the plate with a sweet left-handed swing that generates big power to all fields. He has great feel for the barrel and is unfazed by velocity or off-speed stuff. He truly is a complete hitter.

Add in that he can play either corner IF spot, jump into a corner OF spot as needed and even throw strikes in the low 90s off the mound, and you have a special player. It will be exciting to see Triston back at Wrigley field this summer. 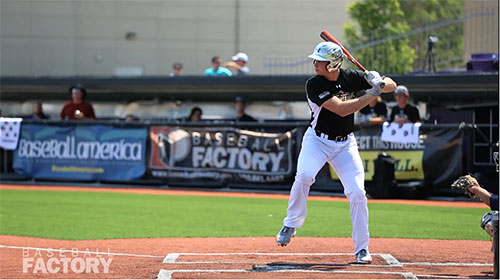